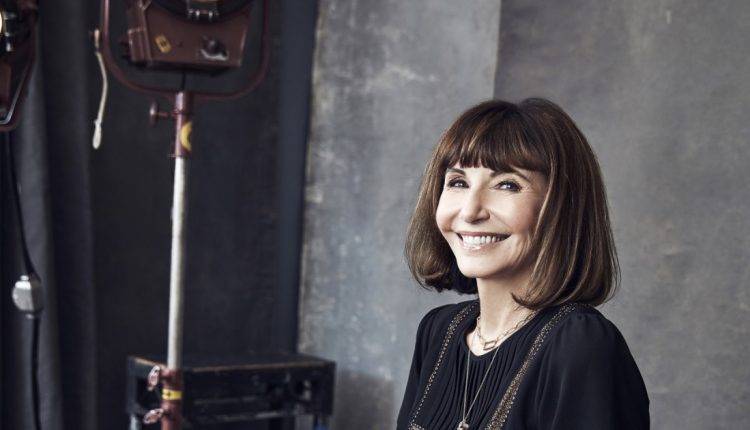 Maybe Mary Steenburgen was onto something.

In 1983, the actor, then 30— just a few years removed from winning an Academy Award for her role in Jonathan Demme’s “Melvin and Howard” — was interviewed about Shelley Duvall’s unusual passion project, “Faerie Tale Theater,” a quirky, almost hallucinogenic live-action anthology series that retold classic fairy tales with the help of all-star names like Steenburgen, Robin Williams, Mick Jagger and Helen Mirren.

“Actors are always telling you pipe dreams,” Steenburgen told the New York Times of her initial skepticism about Duvall’s bold enterprise. “They talk about projects they’d like to do, but they never get around to doing them.”

It’s easy to see why Steenburgen, now 68, has fearlessly embraced one of her most ambitious roles to date in “Zoey’s Extraordinary Playlist.” It’s required her to croon Van Morrison’s “Moon Dance” a cappella, belt out The Animals’ “We Gotta Get Out of This Place” while breaking into dance in a room full of caskets, and hold her own in an epic, meticulously choreographed, one-shot performance of Don McLean’s seven-minute “American Pie” alongside an ensemble cast and dozens of background actors.

“I just have this sense that it’s easy as you get older to shut down little parts of yourself,” she says. “And you might not ever encounter those opportunities again. When you’re young, everybody tells you: ‘You can do this!’ I said it to my granddaughter the other day: ‘Don’t say you can’t do that. I bet you can!’ But there’s a point when no one says that to you anymore. There’s this collective agreement that you diminish… That’s not going to be me.”

For the unfamiliar: NBC’s musical extravaganza, which airs Sundays, follows the titular character (played by Jane Levy) who, after an MRI, develops the ability to hear people’s thoughts in the form of song and dance. In the show’s second season, Zoey and her family are also coping with the recent loss of her father, Mitch (played by Peter Gallagher), who suffered from a rare degenerative neurological disease. As Zoey’s mother Maggie, Steenburgen impressively radiates the warmth of a nurturing mother and the anguish of a widow finding her way — even while occasionally breaking into song.

Steenburgen is a veteran of the entertainment business, long admired for her versatility. Famously, she was discovered by Jack Nicholson in the reception room inside Paramount’s New York office and was later cast as the female lead in his 1978 directorial effort, “Goin’ South.” (“I moved to L.A. to do the film and lived at the Chateau Marmont in one of the little bungalows. I didn’t know the Chateau Marmont from a hole in the wall. And every day I would take a taxi to Paramount Studios and Jack would screen two to three films for me. And then he would come in at the end of every film and we would have a discussion about the acting in the film. And they were all comedies that had strong leading ladies. It was this extraordinary film tutelage by the number one actor at that moment in time.”)

She left lasting impressions, whether as a leading lady or supporting character, ever since — in films like “Melvin and Howard” (1980), “Parenthood” (1989) and “Elf” (2003); TV series like “Joan of Arcadia,” “Justified,” and “30 Rock”; and on Broadway. She recently played a perfectionist mother in Clea DuVall’s “Happiest Season,” a holiday rom-com centered on a lesbian couple. And she’ll appear in the new Guillermo del Toro film, “Nightmare Alley,” alongside Bradley Cooper and Cate Blanchett, later this year.

But it’s Steenburgen’s later-in-life musical act that has allowed us to see her anew.

She quietly took up songwriting after developing an unusual sensitivity to music, which coincidentally parallels the fictional premise in “Zoey’s Extraordinary Playlist.” Thirteen years ago, she woke up from minor arm surgery with a strange sensation in which her thoughts, as she describes it, became musical.

It’s led to a fruitful songwriting career, crafting tunes alongside folks like Darrell Brown, Troy Verges and Lori McKenna for Universal in Nashville, where she resides part-time with husband Ted Danson. One of her songs — “Glasgow (No Place Like Home),” which she co-wrote with Caitlyn Smith and Kate York — appeared in the fish-out-of-water film “Wild Rose” and was shortlisted for best original song at last year’s Oscars. At the height of quarantine last year, she co-wrote a “weird love song to the planet” with husband-and-wife pair Lucie Silvas and John Osborne (the guitarist of country-rock duo Brothers Osborne) that she says they are developing into an animated film.

On this recent morning over Zoom, where Steenburgen is speaking from the kitchen inside her cozy rental home in Vancouver, she says she hears a little music as the conversation unfolds.

“When it initially happened to me, I was stymied by it,” says Steenburgen. “I remember going to a party on Martha’s Vineyard and there was a three-piece band playing quite a ways away and someone was trying to talk to me, but my brain was connecting to the music. What I find, now, is that when I talk to people, for the most part, I’m focused on what they say. But if we talk about music, I start hearing all kinds of music. The time that it’s hardest is at night or when we hang up — because then I’m by myself, I’ll hear music. Sometimes I’ll go downstairs and I’ll try to play it on a piano, which I’m teaching myself how to do.”

It’s mid-January and she’s four days away from completing Canada’s mandatory two-week quarantine before resuming production on the sophomore season of “Zoey’s.” To help pass time, today’s schedule includes vacuuming, maybe working on a wooden hand-cut jigsaw puzzle that her friend (and former “Last Man on Earth” co-star) Kristen Schaal left behind during a brief stay and taking her 15-year-old Australian shepherd, Arthur, outside for playtime.

It was an unexpected blessing, Steenburgen says, that the series has been an access point for those processing feelings of grief and despair during the pandemic.

“I haven’t been around people to see the impact, but I’ve seen it on social media — the comments are from people that have lost a parent, they’ve lost a friend, they’ve lost a grandparent or they just feel lost and the show gives them that sense that they are not the only one out there feeling these things,” she says. “There couldn’t have been a more powerful moment to put the show out. It’s not only about loss, but it’s also about the joy of hope. And it’s about the joy of music, which is the ultimate language.”

The first day of production on Season 2 was an emotional experience, Steenburgen says. COVID-19 health and safety protocols — including mask-wearing, temperature checks, and keeping a distance — were in place.

“We’d only seen each other with masks on and we’d all gotten tested and had our temperature taken, gone through all these rules — all these things that, after 45 years in business, never existed unless you visited a friend in the emergency room,” she says. “Jane and I finally took our masks off because it was a moment we were actually going to do the scene. In the scene, we hug each other, and you could suddenly feel both of us shaking because it was human contact.”

When friends and colleagues talk about Steenburgen, phrases like “national treasure” and “effortlessly talented” are common refrains. But all inevitably emphasize that she remains down-to-earth despite her storied career.

“It’s like I’m being enveloped by feelings of warmth and safety and love,” is how Levy describes sharing a scene with her. Schaal will tell you that when it was a crew member’s birthday, Steenburgen already knew and would try to plan something for them.

Then there’s the revelation that Steenburgen loves a good ol’ game night. She’s currently in a Codenames phase — the game revolves around cracking the code names of designated spies — and recently played a round of it with DuVall and Schaal.

“She’s really good at it,” said DuVall. “I was really impressed. That’s the thing I sort of have picked up on: Once you work with Mary, she’s now your friend. I felt lucky to have her in the movie because she’s so talented. But I feel even luckier to have her in my life.”

Of course, one of the perks of being in Steenburgen’s orbit is the reminders of the life she has lived.

“Sometimes she’ll just start casually talking about how Princess Diana sat next to her at the premiere of ‘Back to the Future III,’” Schaal says. “I swear to God she was talking the other night about a dinner party with Rita Hayworth. If you give her a moment, she’s just got a story about everybody in Hollywood. It only comes out occasionally.”

Steenburgen is far from finished creating memories to call up..

“I don’t know if there’s reincarnation, but I know I’m here now and, my God, I’m still breathing. In the middle of this craziness, I’m not going to say no to anything in life that’s meaningful to me … I just think everybody should try new things a lot more often. As time goes on, you begin to realize: if you don’t want doors to close, you have to go through them.”

How to watch Verzuz with Earth, Wind & Fire, Isley Brothers