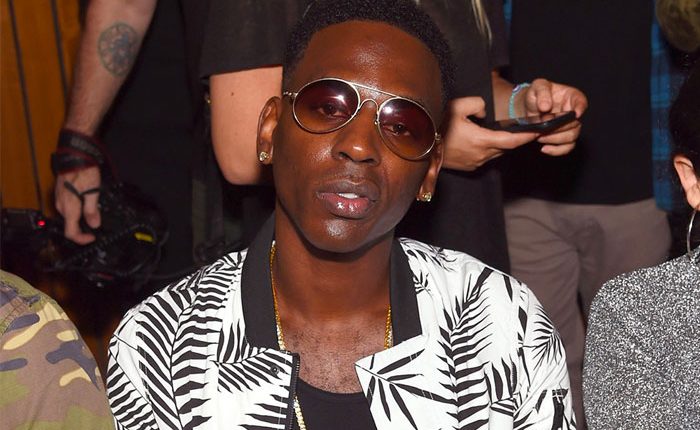 Young Dolph’s murder is under investigation, but a new report may shed more light into his mind state in the days leading up to his death.

According to TMZ, the rapper returned to Memphis and was unaware of any ongoing beef or recent threats to his life.

Sources close to Dolph say he was excited to be back in his hometown, and had planned a week full of charity events for his community including his annual Thanksgiving turkey drive.

He apparently felt safe enough to move around his city without security guards, which led to his fateful stop at Makeda’s Cookies where he was gunned down by two assailants.

His focus was on spreading positivity in Memphis with multiple charity events planned. Instead of canceling, his Paper Route Empire record label decided to keep Dolph’s legacy of giving alive and proceed with handing out turkeys in Dolph’s Castalia neighborhood.

“We’re just representing Young Dolph and keeping the legacy going, and just letting everybody know that we’re gonna keep doing this every year,” said Dolph’s artist Snupe Bandz, who was on hand for Friday’s event.

For years, Young Dolph held a Turkey giveaway for people in his Memphis community

Rather than cancel the event after the rapper’s death, his artists continued it in his honor pic.twitter.com/5c31kkT9VG

Dolph was at Makeda’s Cookies, a local spot he frequented, on Tuesday when he was ambushed by two men, who opened fire and killed him. Police have released images of the two masked gunmen outside the cookie shop. Following the shooting, cops were called to Yo Gotti’s restaurant Prive out of fear of retaliation. Dolph and Gotti have had issues in the past, but Gotti has not been linked to the murder.

In the wake of his death, Dolph’s longtime partner, Mia Jaye, shared a touching tribute to the father of her two children, while friends including Monica, Megan Thee Stallion, and Rick Ross mourned the tragic loss on social media.