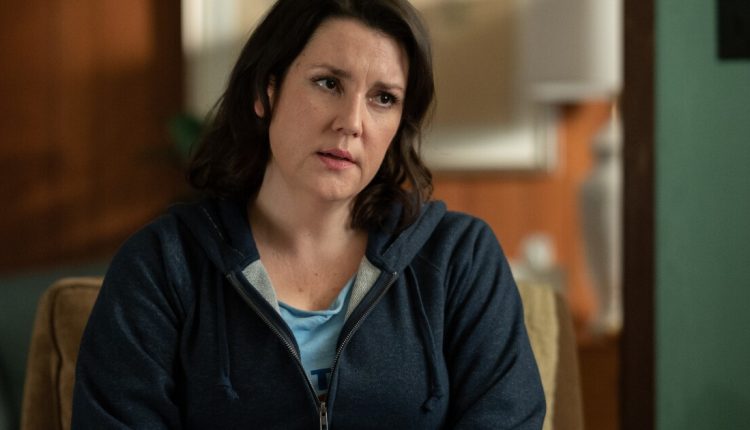 “We’re all trying to people survive in the remember.” In nine episodes of “Yellowjackets,” this snippet of text from Shauna’s very first wilderness journal has flashed onscreen twice. We see it first in the premiere as adult Shauna (Melanie Lynskey) takes a voluntary trip down memory lane. When we see it again, Shauna is very much not in control. (R.I.P., Adam.)

The repeated inclusion of this specific passage is just one of many indications that “Yellowjackets” understands memory in a visceral way. We are all a collection of experiences, and sometimes it can feel like we’re simply trying to survive the weight of everything that’s come before. The structure of the series, with one foot in the ’90s and one foot in the present, also provides an added reminder that certain things — such as the songs on the impeccably curated soundtrack — can suddenly and unexpectedly pull us into the past. And if we haven’t reconciled certain issues from our respective histories, things can get messy.

“Yellowjackets” explores what happens when trauma — severe trauma — is actively repressed. Trauma doesn’t just go away on its own; unchecked, it waits. It metastasizes. It escapes. It explodes.

Shauna attempts, literally, to lock her harrowing experience away in a tiny safe, which is a pretty on-the-nose metaphor for repression. But when her precious journals go missing, a switch flips. And everything comes bubbling up to the surface at once. Believing that Adam (Peter Gadiot) stole the journals, she confronts him in a blind rage.

As Shauna tears through her lover’s apartment, she is bombarded by intrusive memories. Her brain pairs the feral helplessness of her current situation to her past experience in the wilderness: “Here are some helpful comparisons to what’s happening right now!” it says, while playing all her horrors on shuffle.

Things escalate quickly when Shauna finds a damning stash of sensationalized Yellowjackets reading material in a random cabinet. Adam protests, but, as a deluge of memory overwhelms her, Shauna isn’t hearing him anymore. And it’s not just her brain that’s doing the remembering. She’s in a state of hypervigilance; all her senses are vibrating at a dangerous pitch. Her body begins to operate from a place of protective instinct. As she yanks open a drawer, she feels the dull thump of that poor rabbit’s lifeless body on her kitchen butcher block. And, when she grabs for a knife, her body finds a familiar ally; now it has what it needs to stay safe.

This moment is pivotal. The primal feel of the knife has unleashed something in Shauna. Images and sounds flash onscreen in a flood of sensory overload. For a mystery box show such as “Yellowjackets,” where each possible clue is ravenously devoured like, well, you know, most of these memories are familiar. However, there’s a single image of a person — likely Shauna — wiping a few inches of snow off of something in the ground. It’s the first time this image has been shown, and it’s curious that it appears right before a startling shift occurs onscreen.

As Shauna experiences this uncontrollable and excruciating memory of events, Adam foolishly tries to disarm her. Big mistake. Huge. All of a sudden, a bedraggled, glassy-eyed version of wilderness Shauna (Sophie Nélisse) appears. She is there. She’s in Adam’s kitchen, and she plunges the blade forward with practiced ease, gutting and killing him.

Teen Shauna. Adult Shauna. It’s a whirlwind of imagery that provides chilling context for Shauna’s current situation. Adam isn’t the blackmailer — and he’s certainly not Javi. He was Shauna’s secret boyfriend, just like Jeff was before the crash. The wilderness didn’t exactly rob Shauna of her childhood. Instead, the traumas she experienced froze her ability to mature emotionally, and she’s been stuck in a state of perpetual adolescence. Now, with her daughter, Callie, reaching the same age as she was in 1996, Shauna is regressing. It certainly doesn’t help that her husband, the true blackmailer, is also dredging up the past. All of her unexplored trauma is coming home to roost.

And she has a dead body to show for it.

While Shauna does see the mysterious, potentially supernatural forest symbol several times during this episode — it’s worth noting that just after Adam dies, she sees one of the original symbols from the attic in an inverted position — the jury is still out as to whether paranormal forces are at play here. At times, “Yellowjackets” seems to suggest that what the teens are experiencing in the woods is a combination of preexisting mental health issues, stress, starvation, dehydration and Misty’s Trapper Keeper full of magic mushrooms. Other times, things are not so clear.

Unknowable and terrifying, the workings of the mind can feel like a supernatural force. It often feels harder to confront past trauma than it is to keep it bottled up. The mysteries of the woods still have the power to control Shauna and the other adult Yellowjackets because they all agreed to keep everything buried. As Misty says to Jessica, “Of course, when we got back, we couldn’t get help. We couldn’t betray the team.”

When Shauna finds out that Jeff secretly read her journals many years ago and still loves her despite what she did, she is shocked. He says, “You guys were so young, and you were traumatized.” For all his failings, Jeff knows that Shauna is still Shauna, and she is not defined by what she did out there, even as the rest of the world clamors for the diabolical details.

Throughout the series, the idea of “spilling” secrets is prominent. The world is hungry for the true story of the Yellowjackets, but these women do not owe anyone their trauma. No one owes anyone their trauma. Ever. The adult Yellowjackets do owe it to themselves to explore what’s happening in the present, though. Otherwise, it might not be possible for them to “survive in the remember.” Nat is relapsing, Tai is regularly dissociating and snacking on dirt at midnight, Misty is keeping a captive in her basement, Shauna just killed a guy: They’re all teetering on the brink, and they clearly need one another.

Resolving trauma isn’t as easy as leaving it behind in the wilderness or writing it down in a bunch of bloodstained journals. As “Yellowjackets” arrives at its Season 1 finale next week, we will likely learn more about what compelled the teens to make an ironclad pact of silence. Perhaps we’ll also see the adult survivors grapple with how to reconcile the past. Or maybe we’ll just see them dispose of a dead body and add more secrets to the pile.

Either way, we’ll be watching.

Qualey is a licensed therapist specializing in addiction and trauma with more than a decade of experience in the field. She also works as a freelance writer, often focusing on the intersections among mental health, addiction and pop culture.