Why Halsey’s pregnancy news on Instagram is full of rainbows 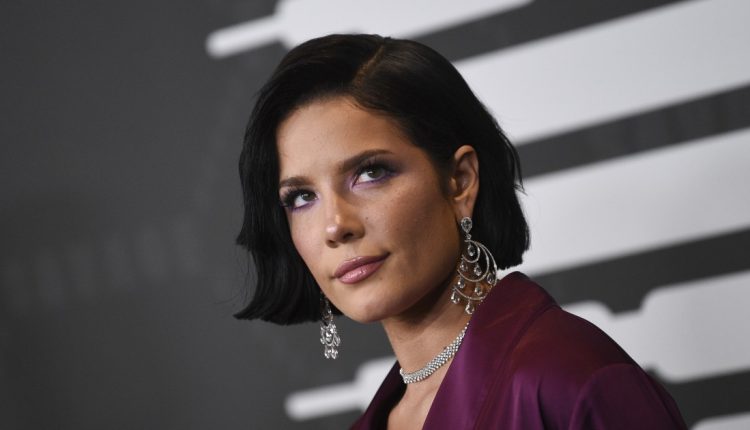 Halsey’s Instagram feed was all sunshine and rainbows Wednesday when the pop star announced she is pregnant again after experiencing a miscarriage years ago.

The “Bad at Love” hitmaker appropriately wore a knitted rainbow crop top for her latest photo shoot, revealing her baby bump and likely alluding to the concept of a “rainbow baby.”

Per Healthline, that term refers to “a healthy child born after losing a baby due to miscarriage, infant loss, stillbirth, or neonatal death.” It’s meant to evoke the image of a rainbow that appears after a dark or stormy period.

“Surprise!” Halsey captioned the photos, along with emojis of a baby bottle, rainbow and angelic baby.

Over her growing belly, the singer tagged her boyfriend, screenwriter-producer Alev Aydin, who commented, “Heart so full, I love you, sweetness.” Halsey then replied, “I love you!!!!! And I love this mini human already.”

According to People magazine, Halsey, 26, and Aydin, 37, have been dating for several months, and the former has kept their relationship mostly private.

Halsey’s pregnancy announcement comes after she miscarried while performing a concert in 2015. Appearing on the daytime talk show “The Doctors” in 2018, the Grammy nominee recounted the traumatic experience while discussing her ongoing battle with endometriosis — a health condition that affects the uterus.

The “Manic” artist had been diagnosed with endometriosis shortly before discovering she was pregnant while on tour.

“The next thing I knew, I was on stage miscarrying in the middle of my concert,” she said. “And the sensation of looking a hundred couple teenagers in the face while you’re bleeding through your clothes and still having to do the show …

“In that moment, I was like, ‘I don’t ever want to have to make that choice ever again — doing what I love, or not being able to because of this disease. So I put my foot down, and I got really aggressive about seeking treatment and had surgery a year ago, and I feel a lot better.”

“You’re gonna be the greatest momma,” wrote Sweeney, who is set to star opposite Halsey in an upcoming TV adaptation of the YA mystery novel “They Wish They Were Us.” “I cant wait!”

Jaeden Martell Shines in a Touching Story of Acceptance