Why everyone’s jumping on the ‘Lupin’ on Netflix bandwagon 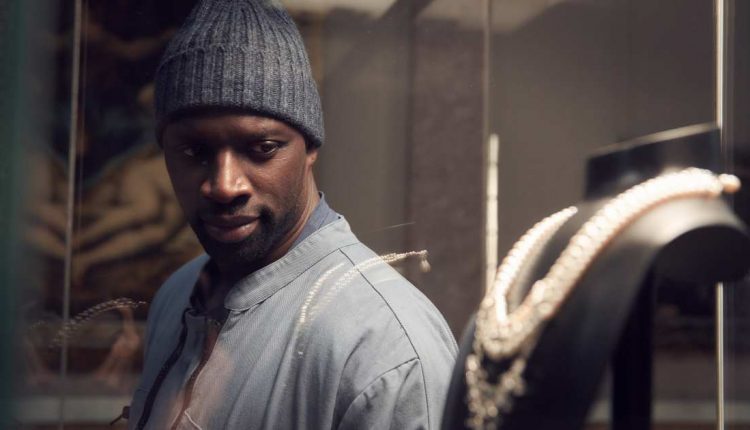 If you are a person who watches Netflix, you have no doubt been greeted on arrival by a recommendation to watch “Lupin.” If you have not already begun to watch it — and with the streamer having announced an expected 70 million households had at least taken a peek within a month of its Jan. 8 debut, even more than “The Queen’s Gambit,” the chances are good you have — and are spoiler averse, you may want to stop reading now. The first episode is arranged to make you think one thing, which raises all kinds of questions, and leaves you thinking quite another, which raises questions of its own. (Oh, there will be questions.)

It’s a long bandwagon you may want to join if you’d like to be somewhere else for a while, a trip to Paris filled with pretty people and views, with action and emotions and just enough meaning — matters of race and class and such — to make you feel that that there is something substantial to the melodrama.

“Lupin” refers to the character Arsène Lupin, not particularly well known in the United States these days despite having been played on the American screen by John Barrymore and Melvyn Douglas among others. (In France, the character has appeared in film adaptations, several television series, at least two daily comic strips, an operetta and more.) And yet for whatever reason, without any firsthand knowledge, his was a name rattling around in the big box of pop-cultural bric-a-brac that is my brain; I knew, anyway that he was a “gentleman thief,” like Leslie Charteris’ The Saint, or David Niven in “The Pink Panther.”

Inspired by but not based on the short stories and novels written by Maurice Leblanc between 1905 and his death in 1941, which themselves play a part in the narrative, “Lupin” (subtitle: “In the Shadow of Arsène”) stars Omar Sy as Assane Diop, a first-generation French-Senegalese man in contemporary Paris. A collection of Lupin stories, a gift from his father — whose undeserved fate Assane set himself to avenge in long-delayed, Count of Monte Cristo style — has made the books a foundation of his life and profitably illicit career. This fanship goes as far as borrowing practical ideas from the stories and constructing aliases out of anagrams of “Arsene Lupin,” a habit that will attract the interest of a low-level police detective (Soufiane Guerrab as Youssef Guedira) who shares Assane’s love of the books. (That the detective also shares an initial with Lupin’s own adversary, Inspector Ganimard, is possibly not a coincidence.)

If not exactly a Robin Hood, Assane, like Lupin, is the sort of criminal who only steals from people who can afford it and likely don’t deserve what they have in the first place, their own gains being morally if not necessarily legally ill-gotten. A master of disguise, whose slightest variation in appearance is enough to make him impossible to identify, he doesn’t carry a gun and uses his fists only in self-defense. Assane is essentially a superhero sans cape, whose powers include a degree of self-confidence that ensures that the thugs dangling him off a balcony will pull him back in or that once he breaks into prison to retrieve a scrap of information, he will be able to break back out .

If Assane seems practically perfect in every way, he is not perfectly perfect. His most obvious failing is that his criminal shenanigans and revenging make him less than reliable in his daily life, affecting his relationships with ex-partner Claire (Ludivine Sagnier, whom domestic audiences might recognize from “The Young Pope” and “The New Pope”), who despairs of his inability to show up on time to see his son Raoul (Etan Simon). Like Sy, Sagnier brings a lot of soul to her part — though onscreen far less, she’s as important as Sy to the series’ success — and the two actors have great chemistry. Also impressive and key to creating sympathy are the actors who play their flashback teenage selves, Mamadou Haidara and Ludmilla Makowski. Really, you could do away with action elements and build a series around them.

As Lupin is a major fictional figure, Sy is a big star in France — he won the best actor César for “The Intouchables,” an international hit — and has played secondary characters in big-budget American special effects movies (he was Chris Pratt’s assistant in “Jurassic World” and a minor mutant in “X-Men: Days of Future Past”). It was reportedly his desire to play Lupin, whom he’s compared to James Bond (“fun, funny, elegant”), that led to the series, created by British writer George Kay. And it is on his charm that the series largely, though not entirely, rests.

The performances and the production — it has that particularly European quality of feeling natural even when it gets stylish — keep the series warm even as the plot is made up of Rube Goldberg contraptions that require everything to go right at just the right time and for human psychology to be 100% predictable. Its physics are classical rather than quantum, one might say, and like the world itself, which becomes more curious the deeper you peer into things, it is best handled along the surface. You do not want to take too much time working out the likelihood of any of this happening. (This is true of nearly every action film released in the last 40 years, of course.) But with just five episodes in the season now streaming, leading to a surprising flashback and a cliffhanger, you may want to take your time watching it.