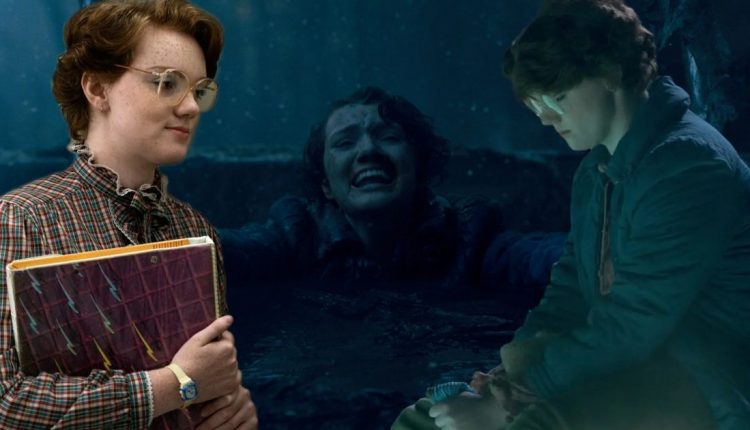 Back in its early days, Netflix was popular for its unique selection of films and TV shows. One show that has helped Netflix maintain its popularity is the 1980s horror-homage series Stranger Things. Fans of the show have their favorite member of the series based on what they represent, whether it’s the warrior in Nancy, the devotion of Joyce, or the powerful Eleven. Stranger Things may be an homage to the 1980s, but it screams women empowerment. Each woman or teenage girl has equal significance to the men and boys on the show.

Of course, one teenager stands out in the love they have received from fans: Barbara “Barb” Holland. While she needs no introduction, she remains widely loved and praised despite her minimal appearance across four episodes. Audiences nonetheless rallied behind Barb for a number of reasons. This rallying came in the form of Twitter hashtags like #WeAreAllBarb and #JusticeForBarb. Her popularity was recognized by Natalia Dyer, who plays Nancy, and the creators of the show. According to Harpers Bazaar, fans could even visit a ‘Justice for Barb’ shrine at Comic Con! Here’s why Barb is so loved by fans.

First and foremost, Barb is every person in high school who was not cool but possibly cool-adjacent-adjacent because of a lifelong friend being cool-adjacent. For whatever reason, Barb is not seen as cool by her peers. For those on the outskirts of popularity in high school, there’s a moment where your place in the hierarchy becomes real. For Barb, that moment happens when she sits on the edge of the pool, kicking the water while her friend Nancy is attempting to fit in with her boyfriend Steve. Stranger Things is able to portray the experiences of teenagers in high school so well because the Duffer Brothers cast teens to play teen roles. Shannon Purser, who plays Barb, reacted to a real-life cool kid exactly how anyone would. In an interview with Refinery 29, talking about meeting Winona Ryder, Purser said, “There was a cast dinner at one point and I sat across the table from her and I was totally in shock, trying to play it cool, like this was something that happened every day. But on the inside, I’m like, ‘Wow, this woman: Edward Scissorhands, Little Women’ — I love her, for sure.” If this doesn’t explain the high school experience perfectly, this will: Barb does not care about fitting in. As painful as it can be to experience high school, especially if you’re deemed the outsider, one important lesson Barb taught fans was to stay true to their convictions, even if it means to be cool-adjacent-adjacent.

She’s One of a Kind

Everyone has a friend who is brutally honest and considered harsh. The friends who are given this label for being authentic can sometimes become outsiders in high school. In Barb’s case, her little screen time establishes that she is that brutally honest friend to Nancy, who is trying to fit in with her boyfriend and his friends. As Nancy primps in the car mirror before entering a party, Barb comments that the party and dressing up for a boy are “so stupid.” The friends that are brutally honest are akin to the moral compass for their friends who are lost or confused. Once again, the line between art and artist is quite fine with Barb and Purser. Many articles commenting on why Barb is so beloved is because of her fashion sense. While the fashion on Stranger Things is as iconic as the 1980s themselves, plus-size women are often reduced by society, complimenting their great fashion sense for wearing clothes that either hide their bodies or enhance their curves in a palpable way. Purser has been outspoken about how plus-size actresses are treated in Hollywood, as E! Online reports: “They’re not hiring fat actors for iconic fat characters because they want a big name star. There are almost no fat big name stars because fat actors aren’t allowed upward mobility.”

Related: Stranger Things: Why Murray Was One of Season 4’s Greatest Heroes

The final piece to the puzzle of Barb being so beloved is her loyalty to Nancy throughout her arc on Stranger Things. Barb may be brutally honest, especially when it comes to fitting in, but it comes from a good place. High school is typically where friendships and futures are cemented. Of course, some friendships shift in high school. And yet, Barb and Nancy had maintained an inseparable friendship for years before her tragic death. In addition, they’re both smart as they’re seen quizzing each other in the hallway. But Nancy is wanting more than academic accolades. To impress her boyfriend and his friends, Nancy begins to veer off the straight and narrow path, something that upsets Barb. Yet, her dedication to Nancy pushes her to step over her own boundaries.