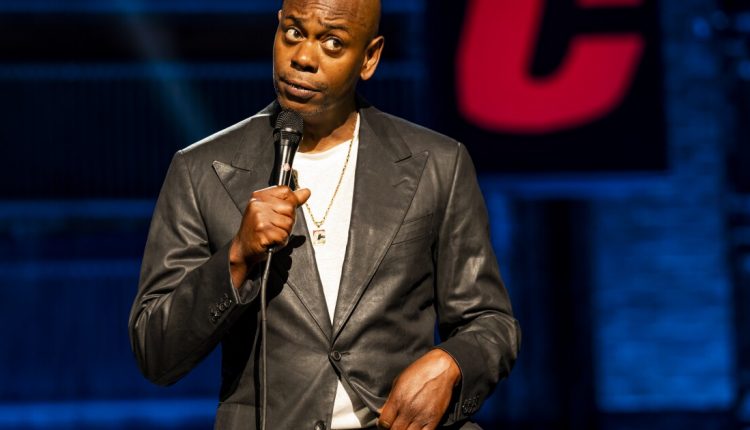 Dave Chappelle’s former high school will still name its theater after him despite student protests and the controversy surrounding the comedian’s recent Netflix special. The honor is meant “to demonstrate the importance of carefully listening to every voice within our diverse and inclusive community,” according to the school.

Following the embattled comedian’s impromptu fundraising contest for the Duke Ellington School of the Arts in Washington, D.C., the institution announced Sunday in a statement on its website that it stands behind the wishes of its co-founder, the late Peggy Cooper Cafritz, to name the theater after Chappelle.

It also said that a clear majority of students at Ellington apparently favor naming the theater for the Emmy- and Grammy-winning star.

The school had previously postponed an event to rename the theater after Chappelle over concerns about student responses to his comedy special and the fallout that ensued for Netflix, its trans employees and their allies, as well as the comedy community.

The former “Chappelle’s Show” comic then took to Instagram to encourage fans to donate to the school and facilitate the decision for the administration. The school said Sunday that all donations will go toward arts programming “and every donor, irrespective of their support or opposition to the theater naming, will receive an official thank you” from the team.

Chappelle paid a surprise visit to the school before the Thanksgiving holiday to discuss his divisive Netflix special “The Closer,” which has been blasted since its October release for transphobic remarks and other insensitive commentary. Chappelle also reportedly gave out tickets to that evening’s screening of his documentary “Untitled” — which he’s been hosting pop-up screenings for in various cities — as well as Thanksgiving meals for students and staff.

However, some students reportedly criticized him directly during a Q&A session and elicited a defensive reaction from the comic, according to Politico. But the school has refuted coverage of the exchanges, calling them “inaccurate” and “devoid of context.”

“Chappelle cares deeply about Ellington and its students and regards them as family,” the school’s statement said. “He made an unannounced visit before the Thanksgiving break to meet with his Ellington family and to hear directly from the few students who have concerns about his recent comedy special, ‘The Closer.’ He also wanted to directly express support for their safety in light of some disturbing online comments targeting the Ellington community.

“While there has been extensive media coverage about the theatre naming and Chappelle’s most recent visit to the school, the source stories that have gone viral have been inaccurate, devoid of context, and neglected to include the nuances of art.”

The school said it educates its students “on the importance of media literacy and art as a free and open form of expression to both reflect and challenge society.” The statement also argued that the school’s purpose “is not to form a uniformity of viewpoints, but to help instill genuine, respectful curiosity in perspectives that challenge one’s own.”

“The debates among some Ellington students largely mirror those that exist across Washington, D.C., and the country as a whole. The varying viewpoints expressed by students reflect differences of opinion across a wide variety of socioeconomic factors, including class, race, and gender expression,” the statement said.

The school noted that its mission is to “nurture and develop artist citizens” and plans to expand its social studies curriculum “to respond to the ever-changing social climate” and that “relies heavily on our ability to incorporate real-life experiences into teachable moments.”

Chappelle showed his support for the school again over the weekend.

“Talk is cheap (Unless I do it),” he wrote in a statement posted to Instagram. “The Duke Ellington School is a glorious institution. Within those walls I found a context to explore my creativity seriously. Duke Ellington, in large part, prepared me to undertake this noble and difficult profession. It was a fine institution before any of its current occupants got there.

“God willing, it will be a fine institution long after their tenure is done. My only intent is to insure Duke Ellington the opportunity to train its artists, unfettered.”