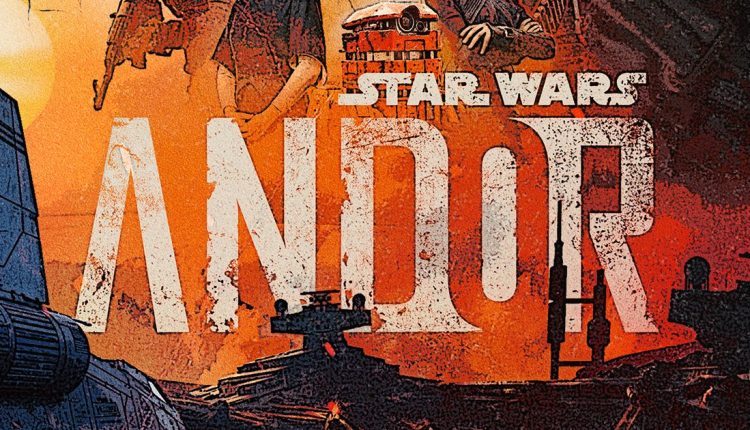 Andor, the new Star Wars series on Disney+, released its first three episodes on Wednesday, September 21st. And crashing onto the scene like a spaceship on an undeveloped world, the series has proved that Star Wars is not just for children anymore. Disney+ released Andor, surprising fans with how dark it was. Though it isn’t about a chemistry teacher making drugs, or a sexist ’50s guy selling cigarettes, Andor distinguishes itself by telling the story of what it’s like to be under the heel of a militant police force with nothing left to lose.

Cassian Andor might be the hero of this story, but he’s forced to do despicable things in order to remain free. The antagonist isn’t the Empire we saw in A New Hope, but some very green private security hired for a large corporation. And the Rebellion is just a group of everyday people that are tired of being told what to do. Andor isn’t a Jedi battling galactic evil but a poor man being abused by an unfeeling system. In this Star Wars series, you know that Cassian has to pull the trigger on that man, even while you watch him beg for his life.

Andor Is Dark for Disney

The Andor series opens in a brothel, or more accurately, on the way to a brothel in the Preox-Morlana Corporate zone. As the rain pours down, we watch Cassian Andor walk down a long path, hood up, towards a dim city. It looks more like Blade Runner than it does Star Wars. As he walks deeper into a slowly descending alleyway, aliens sell themselves to him in bubbles, and you know this isn’t the nice part of town. After he’s padded down by a bouncer, we watch him enter the brothel. He must have come during off hours since there are only two other men sitting at the bar. They are gruff and antagonistic. As a front-of-house woman comes up to ask him what he wants, we learn Andor is looking for his sister, but the woman who might have been her is already gone.

Related: The Book of Boba Fett: What We Hope to See if Season 2 Happens

Andor leaves but is followed into an alley by the two men from the bar. They reveal themselves to be corporate security and demand a bribe. But Andor decides to fight. During the struggle, a laser blast ricochets off the walls and hits one of the men from the bar. Andor gets the gun, and the man who is still alive goes to inspect his friend. When he realizes he’s dead, the man from the bar realizes what’s about to happen. Andor knows if security’s corporate officers found out about this, they would come after him. He pleads with Andor, telling him that he’ll report to his superiors that this was all an accident. But Andor can’t take that chance. He shoots his only witness and leaves.

These are the stakes we see in Andor. It’s personal. Not a war for the galaxy, but a war just to stay alive. It takes this unimaginably huge conflict and shows it to you on an individual level. Andor draws less of its power from cool lasers and funny droids and more from its empathetic story. But don’t worry, it still has lasers and droids. Every unnamed rebel soldier, every would-be storm trooper, is a real person with a family and friends. Andor attempts to tell the story of the real people affected by the grand ideologies that motivate the Empire and the Rebellion. It shows their different levels of belief and how far someone might go in the name of justice or liberty, perhaps concepts that are a bit bigger than what your average fan of lightsabers might be looking for.

The Empire and the Rebellion

We get a different look at these two forces than what we normally see from a Star Wars story. For the first time, we are looking at the Empire, or what will eventually become the Empire, from a humanistic perspective. When we’re introduced to the security forces, at least the ones working in offices and not going to brothels, we see a bunch of lazy bureaucrats just there to do a job. They aren’t an evil army looking to conquer the galaxy.

They’re just bored people who want to put in their hours and go home. This changes when one ambitious recruit is left in charge while the boss is away. He begins strictly enforcing procedure, despite the advice from his boss, and so begins the hunt for Cassian Andor. This regular desk jockey bites off more than he can chew when he decides to go into the field and carry a gun. He’s left traumatized by what he sees.

We’ve only gotten a taste of the Rebellion so far, but as corporate security charges through the proletariat’s streets, resounding bangs of metal against metal echo through the city to tell everyone to get inside. It’s reminiscent of an old western when the bartender closes shop as soon as he sees there’s a duel about to happen outside. Stellan Skarsgard’s character, Luthen Rael, demonstrates a powerful hate of the empire when he tells Andor to just kill a captured security guard.

But along with his resentment, he carries redeeming wisdom when meeting Andor. Though he’s there under the pretext of buying stolen technology, he has come in search of something far more valuable: Andor himself. The series doesn’t try to wow us with CGI and big space battles. It shows us the true spirit of what it means to be the little guy fighting an Empire.

Get Into the Can-Can Spirit with Moulin Rouge! The Musical on This Week’s Elaine Paige on Sunday | Srtalent