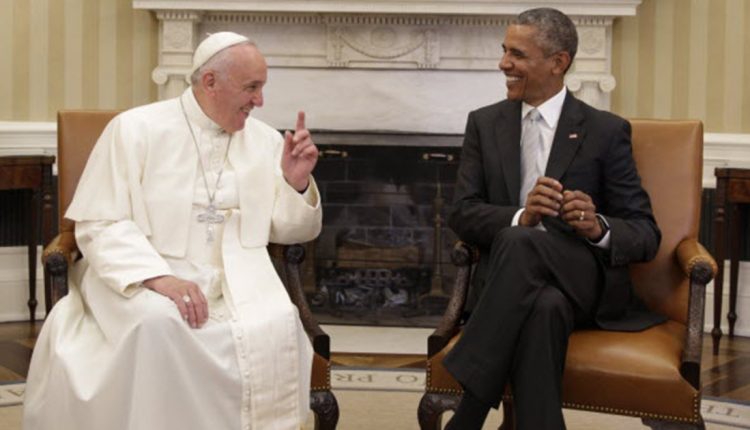 In Their Own Words The second season of this documentary profile series opens with an episode devoted to Pope Francis, who was born in 1936 Buenos Aires as Jorge Mario Bergoglio, and worked as a bouncer and a janitor before studying to become a chemist. (N) 8 p.m. KOCE

The Latino Experience This three-part anthology series of short films concludes with stories about an artist who yearns to paint a hillside community green and a family wrestling with political issues during a holiday dinner. 9 p.m. KOCE

Chopped In the wild conclusion of Alton Brown’s Maniacal Baskets tournament, the chefs open the baskets to discover one of the items staring back at them. 9 p.m. Food Network

Frontline The new episode “Leaving Afghanistan” documents the consequences of America’s withdrawal from Afghanistan and Iran’s growing influence in the country. 10 p.m. KOCE

Man vs. History This new documentary series follows noted storyteller Bill Lepp as he travels some of America’s backroads to discover the truth behind some American mysteries and legends including Johnny Appleseed, Davy Crockett, Harry Houdini and others. In the premiere he looks at old west outlaw Billy the Kid and attempts Annie Oakley’s most difficult shot. 10 p.m. History