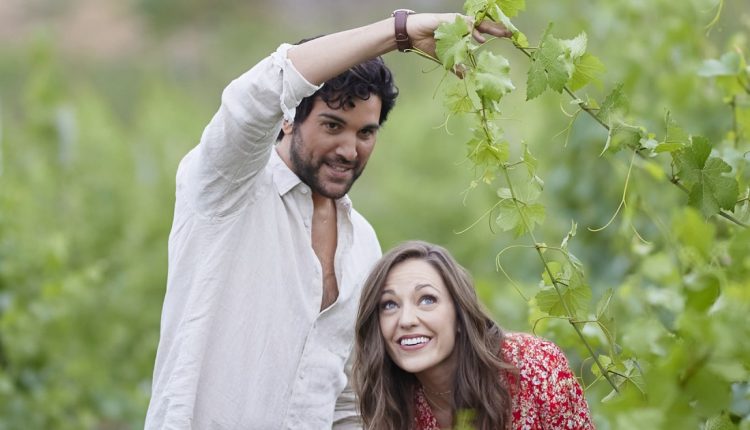 California Cooking With Jessica Holmes In this new episode Holmes marks the Emmys by baking biscuits inspired by “Ted Lasso.” She also builds a charcuterie board with the founders of Lady and Larder and kicks off football season with a chicken parm sub. 7:30 p.m. The CW

The Zoo: San Diego When lesser flamingo eggs and chicks are being preyed upon by hungry predators, the zookeepers must make a difficult decision. Also, a wallaby and her joey, Everest, become ambassador animals and staff members create a new perch for a young fishing cat. 8 p.m. Animal Planet

Outgrown Luke Caldwell and Clint Robertson (“Boise Boys”) shift their focus from flipping houses to helping families renovate their homes to meet their changing needs. In the premiere they help a couple and their two sons living in 700-square-foot, one bedroom, one bath home.8 p.m. HGTV

2021 Creative Arts Emmy Awards Taped during two nights of ceremonies on Sept. 11 and 12 at the Event Deck at L.A. Live, this telecast features highlights of the Emmys for technical and other achievements, and guest acting roles on TV productions. 8 p.m. FXX

Mortal Kombat Based on the video game franchise, this 2021 martial arts fantasy film directed by Simon McQuoid stars Lewis Tan as a washed-up mixed martial arts fighter who is ignorant of his family lineage and can’t understand why an assassin is stalking him. Jessica McNamee, Josh Lawson and Mehcad Brooks also star. 8 p.m. HBO

Raise a Glass to Love Jenna (Broadway star Laura Osnes), who aspires to be a master sommelier, returns to her family vineyard where she meets an Argentine winemaker (Juan Di Pace) in this 2021 romantic comedy. Real-life master sommelier Jennifer Huether served as consultant and has a cameo as herself. 9 p.m. Hallmark

The Price of Fitting In A suburban mother fears that her worst nightmare is coming true when her previously well-behaved daughter starts hanging out with the wrong crowd at her school. She becomes surly and withdrawn around her mother and her grades start to fall. Lora Burke, Elizabeth Adams, Nick Smyth and Kadrian Enyia star in this 2021 melodrama. 10 p.m. Lifetime