What are the best songs about sports of all time? 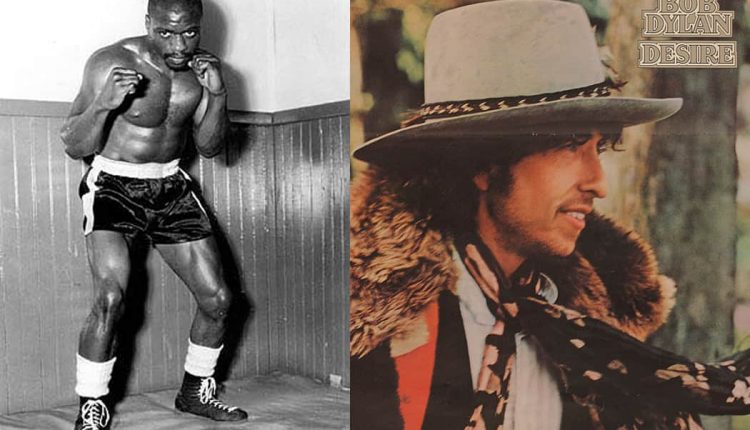 Sports have long been an inspiration for artists from all walks of life, including musicians.

Which songs about different games and stars have stood the test of time and which haven’t?

Dylan’s 1976 masterpiece covers the life and imprisonment of Ruben “Hurricane” Carter who “could-a been the champion of the world”. The song tells the true story of a middleweight boxer who was convicted of murder and sent to prison on a life sentence.

After Dylan had read Carter’s autobiography, he became convinced that the boxer was innocent. The singer met with a group who were trying to get Carter freed and decided to write a protest song about the case.

The story had a happy ending when the boxer was finally freed in 1985, with this powerful song thought to have played a part in getting public support on his side.

This popular rap song about the charms of playing basketball was released in 1984 on Kurtis Blow’s Ego Trip album. It has been covered by various artists since then, appeared on the NBA 2K12 video game and has also been heard on TV a few times.

Blow said that he enjoyed a variety of sports as a youngster, and was better at football than basketball due to not being particularly tall. However, basketball became his firm favorite when he met Julius Erving.

Current fans think about Jordan and LeBron James as the biggest names in the history of NBA, but Erving was a star during the 70s and his legacy is still quite underrated (click here to read more about underrated NBA stars).

Erving was playing in the ABA rather than the NBA, and was probably the most popular player in that league when 14 year-old Blow met him in Harlem.  Blow’s wife then encouraged him to write a song about basketball, to cash in on the sport’s huge and growing popularity.

This song named after the baseball legend Micky Mantle isn’t as well-known as the previous songs we have looked at, but it is still a nice song that uses the subject of sport to get a wider point across.

Waters were formed in Oslo and this song was the final song on their debut album, called Out in the Light. Its only link to the sport played in the MLB is the mention of the legendary New York Yankees star, who is widely regarded as being the best switch hitter to ever play baseball.

The meaning of the lyrics isn’t particularly clear, but the expression “I was feeling Micky Mantle, wasted” appears to be the key to understanding it.

Despite his incredible statistics in the sport, Mantle’s career was blighted by serious injuries and he was said to have a drinking problem, so perhaps it is about human fragility and the weaknesses that catch up with us over time.

You probably recognize the line “I want to ride my bicycle, bicycle, bicycle” from Bicycle Race, which is one Queen’s most unusual but classic songs. In fact, Freddie Mercury wrote it while they were on a tax break in French to try and avoid paying so much of their royalties in UK income tax.

The band watched the Tour de France riders whizz past the hotel they were staying in, and decided to pay tribute to the sport of cycling in their next song. It came out on the 1978 Jazz album and was also part of a double A-side with Fat Bottomed Girls.

It is perhaps most infamous now for the video featuring dozens of naked women taking part in a bike race around Wimbledon Stadium in London.

As for the song, the solo played on bicycle bells led to fans buying bells to take to concerts with them, allowing them to play along with the song.

Cast Your Vote in the 2020 AllMusic Readers’ Poll