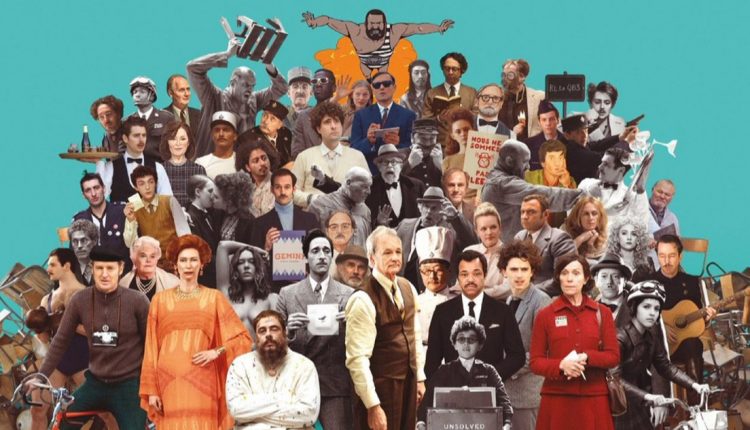 Wes Anderson continues to delight with brilliantly artistic and eccentric filmmaking. The French Dispatch is a cinematic valentine to journalism, French culture, and the eloquent sophistication of The New Yorker magazine. Anderson returns an elite ensemble cast of supporting players with venerated new additions taking the lead roles. His ultra-stylized approach veers into indulgence. Which may feel excessive and dull to casual audiences accustomed to a standard plot structure.

Set in the fictional Ennui-sur-Blasé during the mid-seventies, The French Dispatch is the foriegn magazine of the Liberty, Kansas, Evening Sun newspaper. It’s famed editor, Arthur Howitzer Jr. (Bill Murray), fled the midwest in his youth and became enamored by the odd happenings in the quirky French town. He never allowed crying in his office, but gave his reporters significant latitude to tell captivating stories. As long they kept their receipts in order and could justify wayward expenses.

The French Dispatch is an absolute feast for the eyes. Wes Anderson (Moonrise Kingdom, The Grand Budapest Hotel) digs deep in his bag of director’s tricks to dazzle you. His use of matte paintings as sliding backdrops in tandem with tracking shots is masterful. There’s a poetic transition to his scenes that never fails to impress. He also transitions to animation and different color schemes at unexpected times. This gives each chapter of the film a unique look and feel while still contributing to an overall collective vision. Anderson deserves credit for being innovative. You can never predict what the next scene will look like.

The script’s humor and dialogue runs too dry. The constant introduction of new speaking characters saps the better interactions with the primary actors. This is especially evident in the third act. Anderson tries to give everyone a place to shine, but it ends up being wordy and unnecessary. I get the feeling that every actor Anderson knows and has worked with clamors to be in his films. Then gets a small supporting role just to be a part of the process. The ensemble could have been pared down without sacrificing the amazing visuals. The French Dispatch is a production of Indian Paintbrush and American Empirical Pictures. It will have a limited release on October 22nd. Followed by a national distribution on October 29th from Searchlight Pictures.