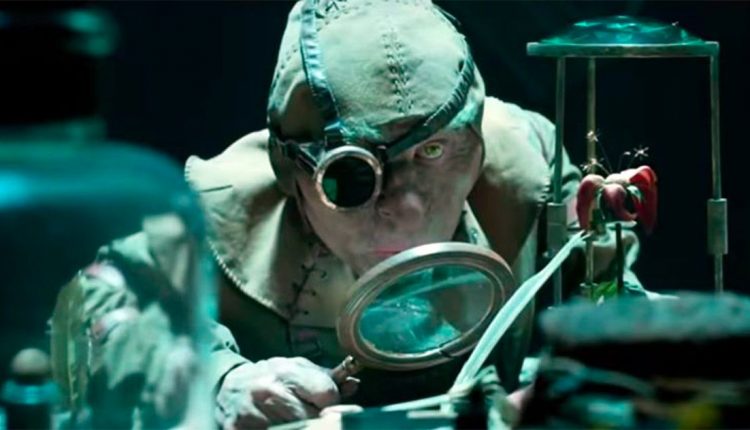 Warwick Davis has been acting for nearly four decades. While not everyone may know him by name, they are surely familiar with his work, be it from his earliest days as Wicket the Ewok in Return of the Jedi, Hitchhiker’s Guide to the Galaxy or as Professor Flitwick in Harry Potter. Davis has been included in some major franchises over the years. More recently, Davis played the part of Lickspittle in Disney’s Maleficent: Mistress of Evil.

Fans have been excited for the movie since the first Maleficent 2 trailer was released. The film serves as a sequel to 2014’s Maleficent and is set to hit Blu-ray on January 14. In Maleficent: Mistress of Evil, after sharing many happy years together, Maleficent and her goddaughter Aurora begin to question the ties that bind them to one another as they are torn apart by an upcoming wedding. Things get complicated as unexpected allies emerge and new forces come into play.

I recently had the chance to speak with Warwick Davis, not just about about his work in the massive Disney sequel, but also his career in general. We talk about what’s changed in movie making over the years, his hopes for the future of Star Wars and more.

We’re talking about Maleficent: Mistress of Evil today. The casting in this movie is crazy. You have Angelina Jolie. You have Michelle Pfieffer. You have Chiwetel Ejiofor. For you, what was it like being able to work with a cast like that, but also be included alongside such amazing people?

Warwick Davis: It’s always a thrill for me. Even though I’ve been an actor for almost 40 years now, I still get the same feeling. I’m just in awe of these people. Michelle and Angelina, who have had illustrious and successful careers. I’m very humbled as well. I sort of feel as though I’m not worthy. The same thing happened when I was working on Harry Potter and I would sit at the head table as Professor Flitwick. I would look to the right and left and see all of the great British actors that I got to work with and thinking, “How did I end up here? How did this happen?” You could feel a little intimidated. But it worked very well because Lickspittle, his relationship with Ingrith is that. He’s very intimidated by her as a character, and slightly nervous. My actual reaction kind of fed quite well into the character’s. In reality, I had nothing to worry about because she’s a very gracious and generous actress who was just really, really lovely to work with. When you work with someone with that much experience, of that caliber, you get so much from them and their performance that it makes what you do so much easier. Same for Angelina and Elle Fanning as well. What a lovely spirit and a lovely atmosphere on that film. You don’t get it on every film.

You mentioned you’ve been in the business for quite some time. You started on a huge movie, Return of the Jedi, and Maleficent: Mistress of Evil is very much a big movie in the modern context. What have you noticed that has changed about making a big movie like this over the course of your career? Because it’s so different now.

Warwick Davis: It is different, but it’s also the same. I know that sounds like a weird thing to say. I’ve noticed that there seems to be more people involved than there ever was. Return of the Jedi was a big movie, but it feels like on these bigger movies now, with the Star Wars I’ve done more recently, it feels like they’ve got more people involved, and I don’t know why that would be necessarily. But there definitely was more people around. As far as shooting a movie, whatever scale it is, whether it’s a low-budget movie or one of these, like a Star Wars or Maleficent: Mistress of Evil, ultimately, what you’re doing is exactly the same. It all revolves around that moment in front of the camera. That moment that comes between you, the director and the camera. However many people are working on the movie, it all narrows down to those moments.

That’s very similar, but the effects stuff now. It’s all about whatever you can imagine can be done. We don’t have to take so much care when we’re shooting things. Not care, but we don’t have to worry about what the visual effects team are going to be able to achieve now. There’s a guy standing on set, the supervisor for visual effects and you look at him and he goes, “Yeah, “I’ll figure it out.” So, you know in a few months time he’s going to be sitting around going, “How am I going to make this particular effect work?” But they will. Whereas, way back when, 30 or 40 years ago, it all had to be very carefully planned. Where the camera was going to be and how they would do this beforehand. My ears were CG for Lickspittle. It was very much a they’ll work it out later, in terms of how they’re going to look and how they’re going to be. For now, just do what you do. So I didn’t have to worry about that.

Not only have you had a long career, but you’ve had an extremely varied career. You had your own show, you had your own franchise with Leprechaun. You’ve done big movies, you’ve done small movies. Is there anything that you haven’t done yet that you just thin, I still really want to do this?

Warwick Davis: I’d like to do a spy movie. An action movie. I really enjoy the Mission: Impossible movies. They’re really fun, so doing something like that I would really enjoy. I don’t see myself as the lead hero, but one of those support characters who is essential to the success. Something like that. Something to do with cars. I love old cars anyway, but to be with old cars in a movie would be really great. I’ve done a bit of driving in movies but no car chases. Why not a car chase? That would be fun.

Warwick Davis: I would like to see Warwick Davis as a character with a lightsaber. I suppose enough said. I don’t think there’s any other way Star Wars should go other than me as a character with a lightsaber. Because that’s one thing I haven’t got to do in the Star Wars galaxy. I’ve driven vehicles now. I’ve had blasters. But that’s where I want to be. I’ve got to have a lightsaber in my hand at some point. I really love the Star Wars stories [Rogue One and Solo]. There are so many of them, so many characters out there I’m sure the fans are dying to know more about. I think they work really well. I haven’t seen The Mandalorian yet because I’m in the U.K. and we don’t have Disney+ yet. I don’t want to watch it on a phone or on a livestream of any sort. I want to see it in full, glorious HD. So I’m waiting and I’m being real patient.

Maleficent: Mistress of Evil is out on Digital HD now and Blu-ray/DVD and 4K Ultra HD from Disney on January 14.

Henry Cavill Is Waiting For The ‘Call’ To Return As Superman

The actor was roped in to play the eponymous Man of Steel in the DCEU but has since fallen short of reprisal in his character-centered sequel.