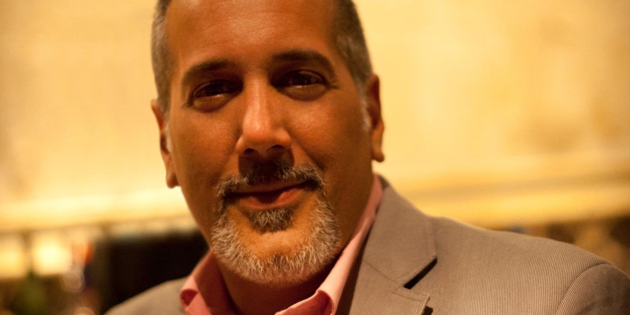 Broadway advertising visionary Vinny Sainato, 55, died on January 8 in Ipswich, Massachusetts after a battle with cancer.

As Art Director at SpotCo and Vice President of Creative Services at Serino Coyne, Sainato spearheaded influential ad campaigns at two leading advertising agencies for many theatrical productions during a 20-year career on Broadway.

Among his memorable accounts during his time at those agencies were An American in Paris, Avenue Q, Billy Elliot, Chicago, Dear Evan Hansen, In the Heights, The Lion King, The Phantom of the Opera, Rent, West Side Story and Wicked. On his professional website, Sainato pointed out that he “worked on productions that have won 237 Tony Awards, including 72 for Best Musical and Best Play.”

Sainato left New York City following his cancer diagnosis in 2018 but continued to work, launching Vinny J. Sainato Creative Consulting. In the past few years, he provided memorable marketing and art direction for The Prom and the current Broadway hit Six, as well as the Emerson Colonial Theatre and Huntington Theatre Company in Boston.

Sainato is survived by his husband Martin Ruzicka, parents Kay and Vincent Sainato, brothers Dominic Sainato and Darren Sainato, his niece and nephews and many dear friends.

In lieu of flowers, the family asks that donations be made to Stand Up to Cancer.