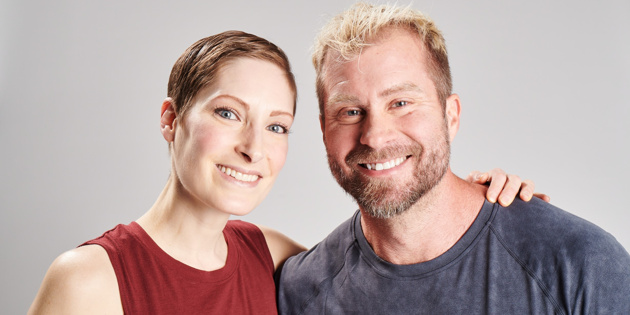 Broadway alums Catherine Wreford Ledlow and Craig Ramsay, dubbed Team Broadway, were crowned winners of the eighth season of The Amazing Race Canada. The victory comes after the team was forced to leave the competition due to testing positive for COVID-19. Once cleared, they returned to the show and came out on top.

Ledlow and Ramsay have been friends for 25 years and first met at Winnipeg Ballet. Ledlow made her Broadway debut at age 21 in 42nd Street and also appeared in Oklahoma! and on the road with Annie Get Your Gun. Two years later, Ramsay began his Broadway career, appearing in Fiddler on the Roof and Chitty Chitty Bang Bang.

In June 2013, Ledlow was diagnosed with brain cancer and given two to six years to live. Now, nine years later, she’s a The Amazing Race Canada winner. In a celebratory post, Ramsay said “It’s a WIN! A WIN for theater people, for middle aged people, for anyone who has medical obstacles and told they have limitations.”

Learn more about the winning team by watching their interview with Broadway.com. Editor-in-Chief Paul Wontorek on The Broadway Show with Tamsen Fadal below!