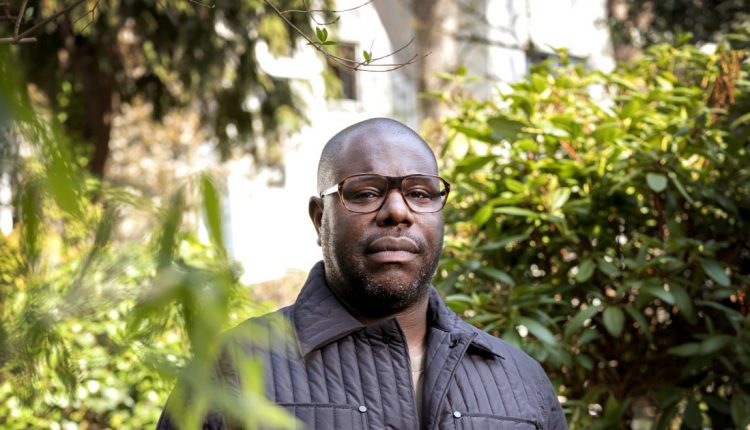 London’s West Indian community and the Black British experience are at the heart of three new documentaries from Oscar-winning director Steve McQueen (“12 Years a Slave,” “Hunger”). His latest releases, now streaming on Amazon Prime, chronicle the true stories that inspired his critically lauded 2020 drama, “Small Axe,” a five-part anthology that was also based on his experiences and impressions growing up Afro-Caribbean in the U.K. in the 1970s and ’80s.

Despite the acclaim, “Small Axe” won’t be winning any Emmys during Sunday’s ceremony: The anthology, which won the Los Angeles Film Critics award for best picture late last year, was eligible for TV’s top prize rather than the Oscars — yet its powerful, moving portraits of immigrant life and 20th century colonialism were almost entirely snubbed by the Television Academy in favor of less challenging fare.

“Uprising,” McQueen’s new three-part documentary directed with James Rogan, continues to tell the tale of Britain’s marginalized, focusing on the events surrounding the 1981 New Cross Fire, in which 13 young Black people died at a house party when the building went up in flames. The lack of sympathy from the media and action from authorities, as well as the perception that law enforcement investigated the fire as an accident rather than a potential hate crime despite a recent spate of attacks by white supremacist groups, ignited tempers and birthed seminal protests like the Black People’s Day of Action and the Brixton riots.

“Uprising’s” themes of oppression and justice intersect with the two other films produced by McQueen, “Black Power: A British Story of Resistance” and “Subnormal: A British Scandal.” The former chronicles England’s Black Power movement of the late 1960s, with rare archival footage of the Rev. Martin Luther King Jr. and Malcolm X in the U.K.; the latter recounts the story of the Black children of that era who were disproportionately sent to schools for the “educationally subnormal.” McQueen, who is dyslexic, was one of those kids.

The filmmaker spoke to The Times about his connection to the era and themes of the films and how he was able to put his emotions aside to bring these rarely told stories to the fore. This interview was edited for length and clarity.

Why has there been a lack of films exploring the Black British fight for justice and equality?

There’s a lot of things to say about that. One is that the media control a lot of what stories get remembered and what stories don’t. What gets swept under the carpet, what doesn’t. That’s something I’ve always been interested in since my first venture into film, which was “Hunger.” It was an extraordinarily important moment in British history when 11 [Irish] prisoners died of starvation in British prison. But when I made the film, a lot of people didn’t know anything about it and were shocked. I’m not doing it [to shock]. I’m interested because, first and foremost, these are important stories. They have shaped our history, but for some reason or other, they’re not given the space or time that they deserve.

“Uprising” is centered around the deaths of young Black people in a house fire, the aftermath and how it ultimately changed race relations in Britain. But it goes beyond events and gives the victims a voice, putting a human face on a tragedy that became so political.

That was very important because you want to personalize these sort of events. It’s interesting to be analytical and precise as far as the story is concerned, but at the same time, feelings cannot be taken out of the equation. I think often they get brushed over, but it’s just as important how a situation makes someone feel, and how they act because of the situation.

And “Uprising” gives us the chance to finally mourn these kids whose deaths were initially ignored or politicized.

That’s a beautiful thing you just said. That’s absolutely right. There was no opportunity to mourn back then. Now you have a moment. It’s beautiful, and it’s kind of cool. Reflect and mourn.

Can you talk about the overlap with the documentaries and “Small Axe”? The new films explore a lot of the same events from different angles and include testimonials from people who experienced the events firsthand.

The New Cross house fire is touched upon in “Small Axe,” and Alex Wheatle [whom the fourth “Small Axe” installment is based on] is interviewed in “Uprising.” When we did all the research and found the stories we wanted to tell for “Small Axe,” I felt that I couldn’t do it [all] justice narratively … there had to be some kind of a documentary. Teaming up with James was part of that. He is a documentary filmmaker, so for me, it was interesting to find these people and to give them a voice. I think these documentaries were the best thing that has happened to them as far as this unfortunate tragedy is concerned, because now everyone can share this story. They’re not invisible anymore. An open verdict is what they got after two trials, so this documentary allows them, to some extent, justice.

You knew a lot about the U.K.’s Black civil rights movement before you started making “Small Axe” over 10 years ago. But was there anything that surprised you in all the research?

Well, the only thing that was “Wow” for me is how much people didn’t know. It’s not that they didn’t know, it’s that they didn’t want to know. Or they accepted the perceptions which were offered and didn’t ask questions. So am I surprised? No, it is what it is. But at the same time, when so many people say “I didn’t know” it becomes slightly suspicious.

How was it for you working on documentaries as opposed to scripted narratives?

I loved it. I loved working with archival footage, working with these great editors and James. The form is interesting, but the question was, how can I present it in a way where people sit up and pay attention? For me, it was always about the detail … the forensic detail, the plan view of the house on Cross Road. The scientifics and the specifics. I wanted to really get into the forensic detail: Was it raining that day? What kind of rain? You go from the macro to the micro. Reconstructing graphic elements as far as the police investigation and so forth. And the archive footage, which is often 16 millimeter, is beautiful in this reportage sort of way. The Battle of Lewisham [when the National Front attempted to march across London in 1977 and were met by throngs of counter-demonstrators], I mean, it was like something out of “The Charge of the Light Brigade.” It was like a real battle.

Then you’ve got the interviews, which are so well done. Often it’s the case that people are clipped in interviews, but they are allowed to say what they want to say. So you’ve got these three textures as well the music, which is, of course, very important. It was kind of joyful to make, even though it was very mournful. I definitely had wind in my sails.

Let talk about music, because it’s central to “Uprising” and so much of what you do in “Small Axe.” The film “Lovers Rock” is a love letter to dub, reggae, sound systems, house party vibes of the ’80s — the stuff hip-hop was built on.

What inspired you to become a filmmaker?

I loved French cinema. I love Jean Vigo, “Zero de conduite,” I loved the great reparatory cinema in the U.K., in London. I loved discovering the world through narration, through movies, discovering Asia, discovering Russia, just discovering things from movies. It was aspirational. I wanted to know how that was made, or the perspective of the director, or who was the cinematographer. It was bringing me the world through film and felt like part of that [world]. And at the time, the opportunity to go to university was free in the U.K. There was a moment where what was offered was The Possible, and I grabbed it with two hands.

You grew up in West London. Your parents emigrated from Grenada and Trinidad. How did the events you tackle in these films impact you and your family?

Everybody kind of knew someone who knew someone, you know? It was scary. You were under attack anyway, but now there was the idea that people were coming to kill you. I mean, it’s always been going on. That’s nothing new. The ’80s was a very tough time. It still is, but under a different guise.

You were one of the kids who suffered through the “subnormal education” system for Black students. Was it painful to relive those years while making “Small Axe” and the documentary?

Yes, but there’s no time for that self-pity nonsense. You have to get on with it. After the fact, you can have your little cry. Sometimes you can’t help it and it does leak in, but I’m not useful unless I’m useful. You know what I mean? I’ll never forget, after “Hunger,” I remember I got these two huge rashes under my arm. The whole time we were talking to people who were hunger strikers, people who, you know, killed people. With “Small Axe” and “Uprising” it’s sort of like … how far have we come? It’s taken 40 bloody years for me to make this bloody documentary with James. Or to make “Small Axe.” What the hell? How far have we bloody come?

It’s depressing that white nationalism is on the rise again. Everyone here should see your films. But do you think stories set among the West Indian communities of London resonate in the States?

Look, racism is everywhere. There’s no if, buts or maybes about it. There’s so many comparisons or similarities. Even when we’re talking about America, there’s a lot of West Indian examples: Marcus Garvey, Stokely Carmichael: one was from Jamaica, one was from Trinidad. There’s crossover, diaspora. Malcolm X, his mother’s from Grenada. I mean, there’s nothing which is unrecognizable. Many of these American radicals are from the West Indies.

From “12 Years a Slave” to these films, you gravitate toward unjust and painful episodes of history. Why?

These stories have to be given their rightful place in the public’s consciousness, and it’s worked. People are talking about “Small Axe.” People are talking about “Uprising.” Young people are researching it. Then you see it in the mainstream. You see things happening in the everyday. It becomes normal for the first time. These kids are being mourned. Questions are being asked.

Divya Agarwal Titled As The Winner; Shamita Shetty Runner Up!