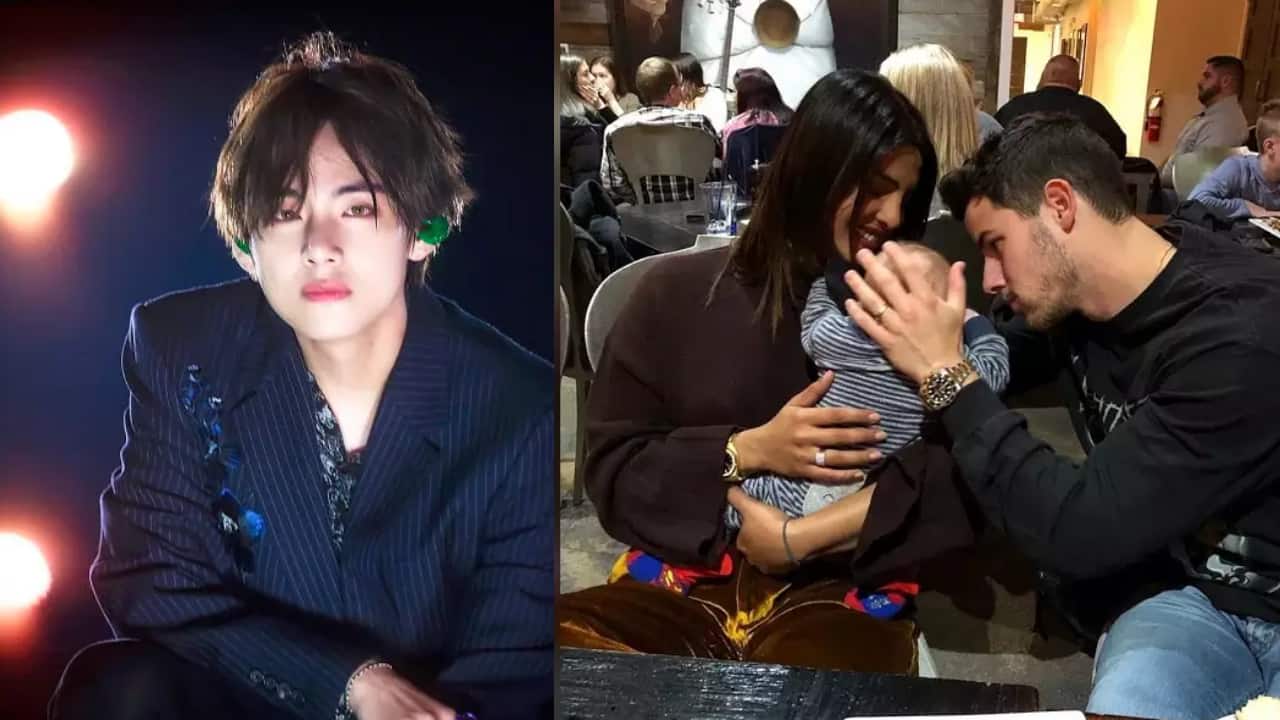 The day is almost about to end but not without your daily dose of trending Hollywood news. Among the newsmakers of the day, we have celebrities like BTS member V, Priyanka Chopra-Nick Jonas, Kanye West-Julia Fox, Joe Jonas-Sophie Turner and others. The K-pop boy band member made it to the headlines as he shared the inspiration behind his go-to dance moves. Priyanka Chopra and Nick Jonas remained in the headlines as they welcomed their baby daughter via surrogacy. Kanye West and Julia Fox’s relationship remained in the news. Scroll on. Also Read – Priyanka Chopra-Nick Jonas surrogacy: Taslima Nasreen defends her ‘readymade babies’ comment; shares PeeCee’s old tweets

V had shared a scene of the late Hong Kong singer and actor Leslie Cheung from the 1990 film Days of Being Wild and then deleted it. But ARMY was quick to record the video shared and derive that Leslie Cheung is the inspiration behind V’s go-to moves. Also Read – BTS: Pink Sweat$ asks for a collab with the Bangtan Boys; ARMY shares Jungkook and Taehyung’s covers of his songs – view tweets

As Priyanka Chopra and Nick Jonas announced that they have welcomed their baby girl via surrogacy, pictures of the couple with a baby went viral on social media. Fans started assuming that the picture is of their baby, however, these pictures are old and the babies in the pictures are Nickyanka’s nephew and niece.

In a recent video shared by Joe Jonas, we see him and Sophie Turner recreating a Kardashian moment. In the video, Joe says “I’m so jet lagged from Australia” in Khloe’s voice dubbed over. Sophie then asks him why and he replied saying, “Because I just came back from Australia…”.

French designer Manfred Thierry Mugler is no more. He passed away at the age of 73 and the news was confirmed on his official Instagram account by his team. He was the one who created many iconic outfits for stars like Kim Kardashian, Beyonce, Megan Fox, Cardi B and others.