Travis Tritt on why he canceled shows over COVID-19 mandates 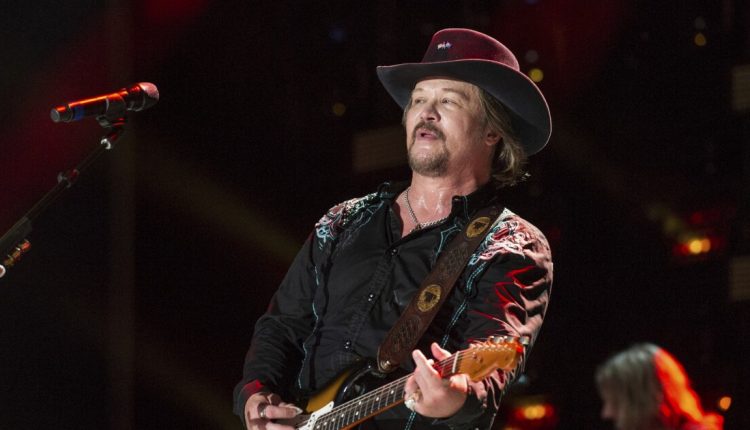 Country musician Travis Tritt will no longer tour in venues that have vaccine mandates or push unreasonable COVID-19 testing requirements.

The “Here’s a Quarter (Call Someone Who Cares)” singer announced this week the cancellation of four stops on his fall tour because he feels the venues discriminate against concertgoers.

Appearing Tuesday on Fox News’ ”Tucker Carlson Tonight,” the musician told the polarizing host — who himself has called COVID-19 a “hoax” and “scam” — that he was turned off to performing at the venues after fans were turned away for being unvaccinated or untested.

Tritt said he felt compelled to speak up for those fans and railed against the varying mandates put in place by venues and local authorities.

“I felt like I had to stand up for freedom; freedom for all of those people to be able to go out and do what they enjoy doing and enjoy a concert without being harassed,” Tritt said.

The 58-year-old singer — whose hits include “It’s a Great Day to Be Alive” and “I’m Gonna Be Somebody” — said that he has performed about 75 shows across the country. Although some critics labeled those shows “super-spreaders,” he claimed that the numbers “don’t reflect that at all.”

“In most of these areas, we’ve seen the COVID numbers actually drop dramatically over the last few weeks and months,” he explained. “And so it came as quite a shock to me and a lot of my fans when during the first week of October, a lot of these shows had restrictions placed on them — not by the state, not by the local city government, not by the local health department and municipalities, but by the actual promoters [and] venue owners. And there was nothing that justified it.”

Tritt said he was upset that his fans were not warned ahead of time and were prohibited from attending his shows without being given full refunds.

On Monday, Tritt announced that he’d canceled shows at venues in Indiana, Mississippi, Illinois and Kentucky over mask mandates and proof of vaccination or negative test requirements. He told Billboard he’s “not against the vaccine” but is “against forcing people to take medicine that they may not need and may not want.”

He said his team had not been aware of the restrictions when they booked his fall solo tour, so they canceled the shows as they became aware. He joins fellow musician Eric Clapton and comedian Jim Breuer in raising concerns about vaccine mandates.

“I totally disagree with any mandate that would force people to go against their better judgment or would attack their personal freedoms,” Tritt told Billboard. “That’s why I am making this stand. And I know, straight up, it’s definitely gonna cost me money, and that’s a sacrifice I’m willing to make.”

Tritt’s comments come in the wake of some high-profile events loosening entry restrictions. Last week, organizers of the Coachella Valley Music and Arts Festival and country-music fest Stagecoach said they would open up the events to attendees who presented a negative COVID-19 test, reversing an earlier decision that limited entry only to fully vaccinated individuals.