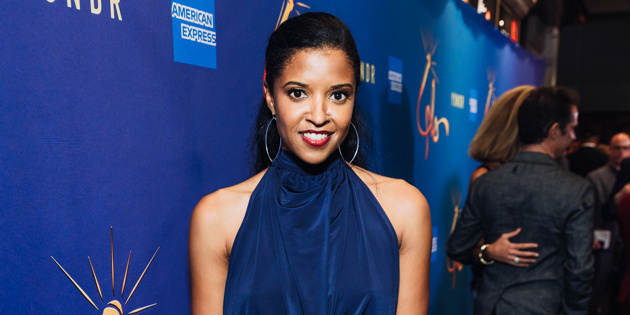 Hamilton Tony winner Renée Elise Goldsberry has been tapped to star as Amelia opposite Tatiana Maslany in the upcoming Marvel series She-Hulk for Disney+, according to Deadline.

The new series centers on Jennifer Walters (Maslany), an attorney who has similar powers to her cousin, Bruce Banner, a.k.a. The Hulk. She-Hulk is directed by Kat Coiro and Anu Valia, with Jessica Gao serving as head writer.

Details regarding Goldsberry’s character are being kept under wraps. Ginger Gonzaga has also been cast as Walters’ best friend. Avengers star and Tony nominee Mark Ruffalo will reprise his role as The Hulk, and Tim Roth is reprising his Hulk character of The Abomination for the new show.

Goldsberry can currently be seen on Disney+ in her Tony-winning role as Angelica Schuyler in the Hamilton movie. Girls5eva, the new comedy series in which she stars alongside Sara Bareilles, Ashley Park, Paula Pell and Busy Philipps as a former girl group taking another shot at fame, begins streaming on May 6. In addition to Hamilton, Goldsberry’s Broadway credits include Good People, The Color Purple, Rent and The Lion King. Her screen credits include One Life to Live, The Good Wife, Masters of Sex, The Immortal Life of Henrietta Lacks and Younger.

BTS member and world’s most handsome man, V aka Kim Taehyung REVEALS he doesn’t like his face anymore, leaving ARMY in shock