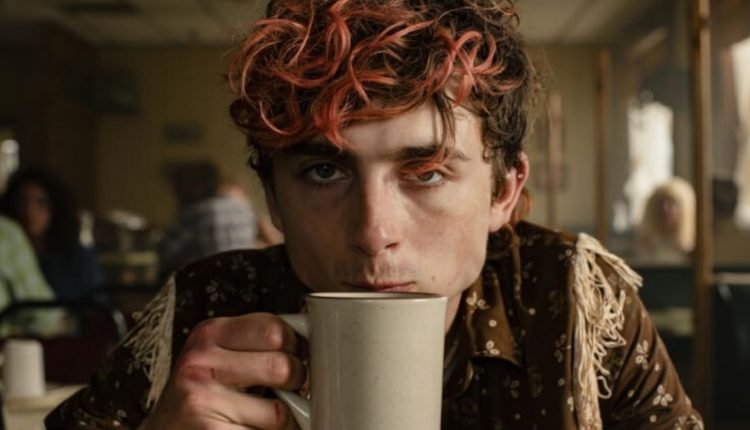 Lupe Guadagnino’s newest film, Bones and All, releases this week. It’s an uncanny hybrid of romance and horror, featuring Timothée Chalamet and Taylor Russel as two cannibals struggling to keep themselves under control – and struggling to find companionship. The trailer looks equal parts grisly and terrifying as Chalamet’s character ‘Lee’ and Russel’s character ‘Maren’ trek across rural 1980s America.

In a recent interview from FilmIsNow, Chalamet discusses some deep themes, from isolation to the lack of community:

“From when we developed the script with Luca and Dave, it was, you know, the peak of COVID, and something that was relevant to all of this was being isolated. Everyone in the world knows that experience. And this idea that absent of religious focus, if you have that in your life, or a strong community which a lot of people didn’t have during COVID, your reality was the story you told yourself to get by on, you know, how to make sense of what was going on in the world. And I thought there was something very powerful in those stories of isolation.”

Isolation is, unfortunately, something that everyone can relate to. Many movies have been inspired by this theme, and Bones and All aims to tackle this theme with a brutal profundity. Lee and Maren’s condition is a dark hyperbole of loneliness, which can only be cured by meeting someone with the same condition.

Self-identity is another theme Chalamet talks about in the interview. His character, Lee, is a drifter, sporting a raggy sleeveless shirt, torn jeans, and orange-highlighted hair. These aren’t simple costume choices but an important reflection of his character, whom Chalamet claims ‘had created a delicate glass castle of himself’:

“Cannibalism, their eating condition, was a strong metaphor for either childhood trauma, or addiction, or just carrying something that you can’t quite make sense of or carry shame with… I was attracted to this character Lee because he had created a delicate glass castle of himself in his expression of dying is hair or his clothes or the way he understood the world, or in his belief that he had really figured out how to game the system to survive with this condition. But his biggest vulnerability…. is true love, is real love, is support, care, kindness.”

Of course, there is no romance without a lover. Chalamet had a lot to say about his co-star, Taylor Russell, known for her breakout role in the 2019 film Waves. The couple appears to have a lot of chemistry together, something that Chalamet feels is crucial for the film:

“It was a joy working with Taylor. She’s an extraordinary actress for a number of years that I had been aware of. She did a movie called Waves that she was amazing in. She has a great spirit. She’s open for anything, willing to try new things in scenes… she brings the emotional heat it really needs… It was just a joy working with her. I really hope we get a chance to do it again.”

Audiences everywhere can watch Chalamet and Russell find love when the film releases on November 23rd, 2022, produced by MGM Studios. Luca Guadagnino directed the film, while David Kajganich wrote the screenplay based on the novel of the same name by Camille DeAngelis. The supporting cast includes Mark Rylance, Chloe Sevigny, Michael Stuhlbarg, and Andre Holland.

Hits The $500 Million Mark In Its Second Weekend