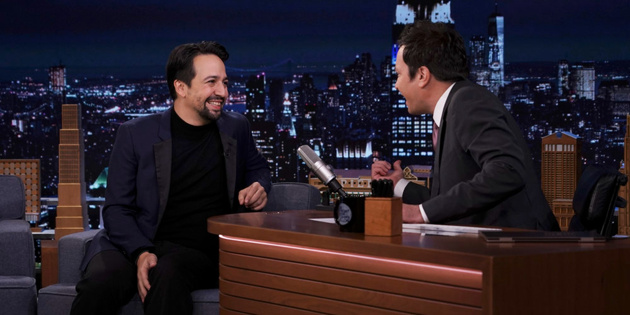 tick, tick…BOOM!, the film adaptation of Rent mastermind Jonathan Larson’s autobiographical show, arrives on Netflix on November 19. Tony winner Lin-Manuel Miranda directs the film, which stars fellow Tony winner Andrew Garfield. Miranda, who has already received praise for his directorial debut, appeared on The Tonight Show Starring Jimmy Fallon to talk about the movie. A very fun fact was revealed during the sit-down: tick, tick…BOOM! isn’t technically his first directing credit—at least, not on IMDb. “In the early days of IMDb, you didn’t need to prove you’d made a movie. My friend Adam and I made a 40-minute movie over the course of three sleepovers in tenth grade called Clayton’s Friends,” he explained. “It literally was a sleepover movie. I can’t get it off IMDb.” Read the riveting description of that project here, and watch the full interview below.

Fetty Wap Speaks Out After Arrest on Federal Drug Charges