Throwback to the time when RM, Suga, and Jin endorsed Jimin as ‘perfect boyfriend’ material for their sisters 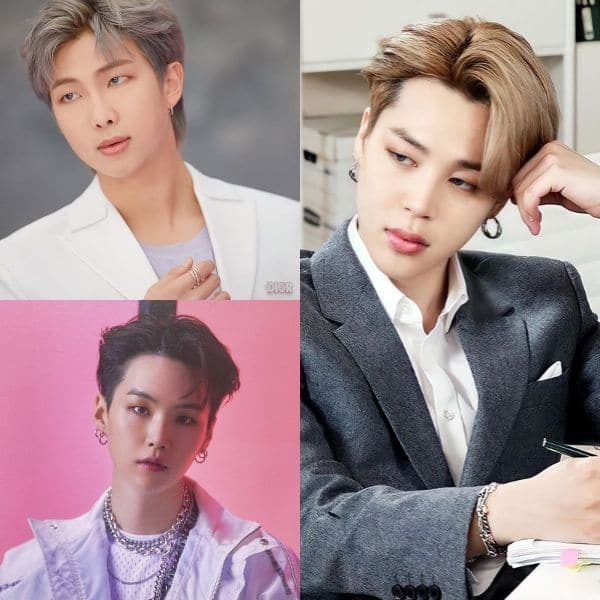 BTS members are loved globally by millions of female fans, and they often wonder what kind of women will win over the hearts of the septet. But what do the members feel about one another as boyfriend/husband material. Well, it is Jimin whom maximum members would choose as a boyfriend/husband for their sisters. At a broadcast interview some years back, the anchor asked them which member would be perfect for their sisters as a boyfriend or prospective groom. RM, Suga and Jin vouched for Jimin. Suga said that Jimin had a very respectful personality and kind heart. He said if he had a sister he would have liked her to date someone like Jimin. He also spoke about how he feels Jimin would always be respectful to women. In real life, Suga has an elder brother. Also Read – Hollywood Weekly News Rewind: BTS’ Jin to become an uncle, Jennifer Lopez – Ben Affleck’s whirlwind romance, Dwayne Johnson to not be a part of Fast & Furious and more

Jin also said that Jimin would be a good choice for a girl as he knows how to stay calm when the other person is angry. He felt this is a key in any relationship. But then, he has an elder brother and no sisters. The best endorsement came from BTS leader RM. He said that he knows Jimin for a while now, and he is a good boy. He said if his sister ever dated he would like her to date a boy like Jimin. Only Kim Taehyung/V chose J-Hope as kind of a perfect man for his younger sister. He has two younger siblings, a brother and sister. Also Read – Trending Hollywood news today: Britney Spears posts topless video, Chrissy Teigen shows scars post breast implants removal, BTS’ RM confesses he was jealous of Suga and more

Jimin has said that he would like to marry perhaps in his mid-30s and wants a girl who is shorter than him. RM has a young sister and he is very close to her. He also shared his sister’s good scores in English test with ARMYs. While the BTS members guard their personal lives quite zealously, this endorsement for Jimin is surely something! Also Read – BTS: Ever wondered how Jimin, V, Jungkook, and others look as females? The ARMY edited gender swap is a treat! – view pics

Divya Agarwal Titled As The Winner; Shamita Shetty Runner Up!

Sep 19, 2021
Prev Next 1 of 822
Subscribe to our newsletter
Sign up here to get the latest news, updates and special offers delivered directly to your inbox.
You can unsubscribe at any time