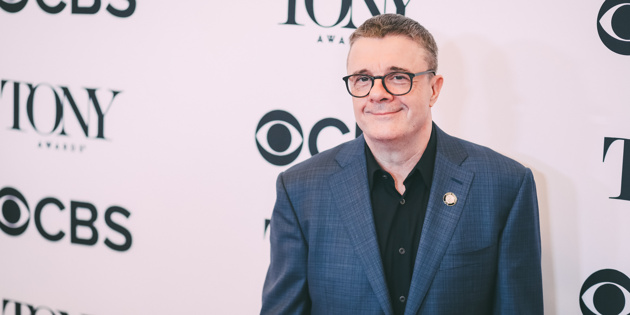 This three-time Tony winner is about to get some major screen time. Nathan Lane has joined the casts of both HBO’s The Gilded Age and Hulu’s Only Murders in the Building, according to Deadline.

Lane will recur on The Gilded Age as Ward McAllister, a famous author and arbiter of taste known for the phrase, “the four hundred” (the number of people worth bothering with in New York society). As previously announced, The Gilded Age is full of Broadway talent. Created by Downton Abbey‘s Julian Fellowes, the show features Broadway names like Cynthia Nixon, Christine Baranski, Carrie Coon and Denée Benton. The nine-part series centers on the orphaned daughter of a Southern general who moves in with her aunts in 1880s New York City and is thrust into high society. Tony winners Audra McDonald, Kelli O’Hara, Celia Keenan-Bolger, Donna Murphy, Katie Finneran and Michael Cerveris will also appear on the show.

Lane is set to play a building resident and owner of a popular New York City grocery chain on Only Murders in the Building. As previously reported, comedy legends Steve Martin and Martin Short will star in and executive produce a new Hulu comedy series, which revolves around three strangers who share an obsession with true crime and suddenly find themselves wrapped up in one. Tony-nominated scribe Martin and Tony winner Short will lead the show alongside Selena Gomez.

Lane garnered his third Tony Award in 2018 for his portrayal of Roy Cohn in the Tony-winning revival of Angels in America. He has won Tony Awards for The Producers and A Funny Thing Happened on the Way to the Forum and was nominated for The Front Page, Guys & Dolls and The Nance. His other Broadway credits include Gary: A Sequel to Titus Andronicus, It’s Only a Play, The Addams Family, Butley, November, Waiting for Godot, The Odd Couple, The Frogs, Love! Valour! Compassion!, The Man Who Came to Dinner, Some Americans Abroad and Present Laughter. His screen credits include Penny Dreadful: City of Angels, Modern Family, American Crime Story, The Birdcage and many more.