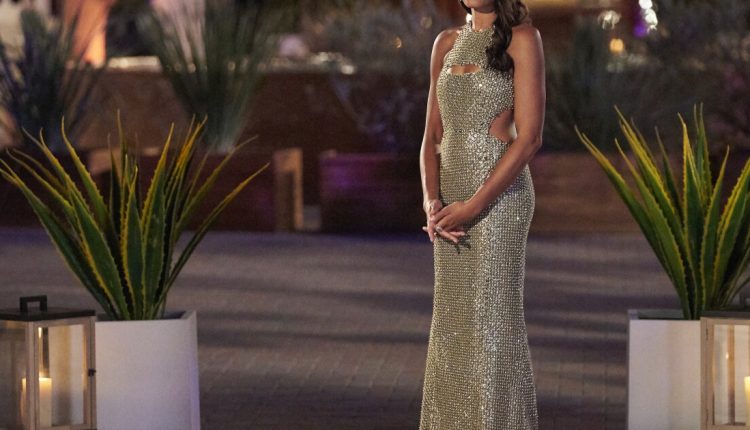 It’s fall. Love is in the air. And the new star of “The Bachelorette” is eager for her happily-ever-after to begin.

“I’m ready to fall in love!” Michelle Young declares in a glossy spot promoting the new season of ABC’s reality flagship, which premieres today. “I’m looking for my soul mate, my best friend, someone who is going to change the world with me.”

Members of the Bachelor Nation fan base are also hopeful that the Minnesota elementary school teacher — the show’s third Black leading lady — will help bring sustained and meaningful change to the “Bachelor” franchise, which has been rocked by charges of systemic racism and cultural insensitivity throughout its 19-year run.

The presence of three Black women in such prominent roles will bring additional attention to the 18th season of “The Bachelorette,” particularly after the franchise’s efforts to reverse its troubled past, following last year’s protests against racial injustice, ended in scandal.

Earlier this year, “The Bachelor’s” first Black male lead, commercial real estate agent Matt James, had his season marred when photographs surfaced of eventual winner Rachael Kirkconnell at an antebellum South-themed party. Host Chris Harrison, who has since departed the franchise, was swept up in the firestorm when he defended Kirkconnell in a controversial interview with the first Black “Bachelorette” lead, Rachel Lindsay, on “Extra.”

Several Black fans say this season is about more than romance. It’s about redemption — and reckoning.

“This is the change that we’ve been asking for, and I hope this represents a real sea change for the show,” said Myah Genung, who has been watching “The Bachelor” since she was a teenager. “They’re finally doing what they’ve been asked to do for a long time — not just be more inclusive on screen but also in the executive [producer] ranks. … There’s finally someone who can come in and deal with the racial blind spots.”

Added Justine Kay, who co-hosts “The Bachelor”-themed podcast “2 Black Girls, 1 Rose” with best friend Natasha Scott: “This new representation behind the scenes is what we’ve been asking for. We really hope that this is a change that will make Michelle shine.”

Another longtime fan, North Carolina high school teacher Ashley Tabron, said, “I feel that Black stories are better when Black people get to tell them. Hopefully Michelle can just be Michelle and not representative of anything. I just want to see Black people experiencing love and not having it be a big deal.”

Young, who was a contestant during James’ season, said she considered the franchise’s troubled past when she was approached about becoming the Bachelorette.

“There was absolutely trepidation,” she said in a phone interview a few hours before the premiere. “Coming off of Matt’s season, it was heavy. There was a lot that happened and a lot that continued to affect everybody. There were concerns, and there were doubts. At the end of the day, I did say yes to becoming the Bachelorette, but with that yes came an understanding that I would be able to stay true to who I was and who I am.”

This installment of “The Bachelorette” is the second to launch this year. The first featured Katie Thurston, who described herself as an advocate for sex positivity. Reaction to the season was mostly lukewarm, with some viewers saying Thurston lacked the star quality and dynamic presence of previous Bachelorettes.

Thurston also was a contestant on James’ season. His casting was a milestone for the series, which had long resisted making a Black man its romantic lead.

In the season finale, James selected Kirkconnell over Young for the “final rose.” He then broke up with her when he learned about her past and refused to reconcile in the show’s “After the Final Rose” special. But the two have since gotten back together, and Kirkconnell is cheering for James as he competes on the current season of “Dancing With the Stars.”

“It’s been a very ‘off’ time for this entire franchise,” Genung said. “They have been floundering for a while, trying to find a place where the structure of the show fits with the reality of social media, how people interact and the way that dating is changing. Then you have all this racial tension, COVID and all this Chris Harrison stuff. It’s almost like an identity crisis.”

Young said she knows there will be a lot of attention and anticipation surrounding the season, but she is feeling positive about her journey: “I feel pretty good, all things considered.”

She added that having Adams and Baskerville around definitely made a difference for her.

“Even before we identified who the host would be, when I was in conversations with Jodi, she always made me feel like I was being heard,” Young said. “All the other producers that I was in conversations with really did listen to my concerns [too]. Throughout the season, those conversations continued to be had. I wanted to make sure that Michelle Young, whoever she is, was coming across in this authentic way. I know that things were done a certain way for a certain period of time, but there were definitely moments where I stayed true to who I was.”

A glamorous promo that features Young in a variety of outfits, including a glittery gown and sexy swimwear, highlights her cultural identity. “She’s an amazing, beautiful, strong Black woman,” says one of her suitors.

“We fell for Michelle during Matt’s season,” Kay said. “We know her very well. She has a brand. She talked about Black Lives Matter with her students. She’s a college basketball star. She seems like a wonderful person.”

“Michelle is the perfect one to turn things around,” Tabron added. “She’s getting the red-carpet treatment, and the show is pulling out all the stops. Michelle looks regal, and it’s great that a Black woman is getting this opportunity.”

Tabron and other fans are hoping that Young has a more positive experience than her two Black predecessors.

Lindsay has said in interviews that producers portrayed her as “an angry Black female” during her 2017 season and intentionally cast one contestant who had posted racist tweets in order to create controversy. Adams, who stepped into the role in 2020 when Clare Crawley suddenly left the show, was more successful and became engaged, but she had a shortened season and did not get the full “Bachelorette” treatment.

Genung is hoping for the best: “I’ve got my rosé popped and ready to go. I’m looking forward to this season more than any season in a really, really long time.”

Rating: TV-PG (may be unsuitable for young children)