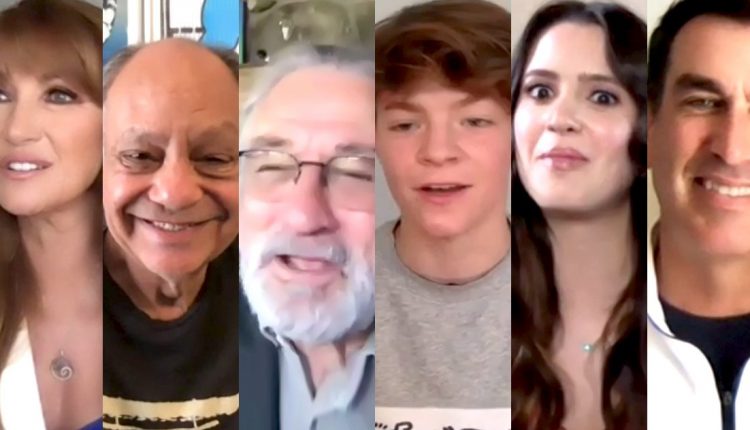 The War with Grandpa has had an interesting road to the big screen. Having been shot way back in 2017, the comedy starring Robert De Niro and Oakes Fegley was originally produced by the Weinstein Company, but got lost in the shuffle of controversy. After many starts and stops, the family adventure is finally making its way into theaters this October. To celebrate the release, we caught up with the ensemble cast behind this crowd pleaser to chat about family drama, household warefare and, of all things, glizzies.

Kicking off the conversation is Robert De Niro, who was joined by his young co-star and on-screen grandson Oakes Fegley, along with Laura Marano, who plays the sister of this house under duress. We also get to chat with Cheech Marin, self-declared favoirte actor amongst the young cast, who was joined by Jane Seymour, who serves as Robert De Niro’s love interest. Rounding out our interviews is comedic actor Robert Riggle who takes on a slightly more serious role here, starring as the dad of the household.

In The War With Grandpa, sixth-grader Peter (Oakes Fegley) is pretty much your average kid-he likes gaming, hanging with his friends and his beloved pair of Air Jordans. But when his recently widowed grandfather Ed (Robert De Niro) moves in with Peter’s family, the boy is forced to give up his most prized possession of all, his bedroom. Unwilling to let such an injustice stand, Peter devises a series of increasingly elaborate pranks to drive out the interloper, but Grandpa Ed won’t go without a fight. Soon, the friendly combatants are engaged in an all-out war with side-splitting consequences.

Based on the award-winning book by Robert Kimmel Smith, The War with Grandpa is a hilarious family comedy featuring an all-star supporting cast that also includes Christopher Walken and Uma Thurman. You can check out our interviews conducted via zoom with Paulington James Christensen III.

Topics: The War With Grandpa

One Night in Miami Star Leslie Odom Jr. on Why His Broadway Debut Felt Like ‘Winning the Super Bowl’ | Srtalent