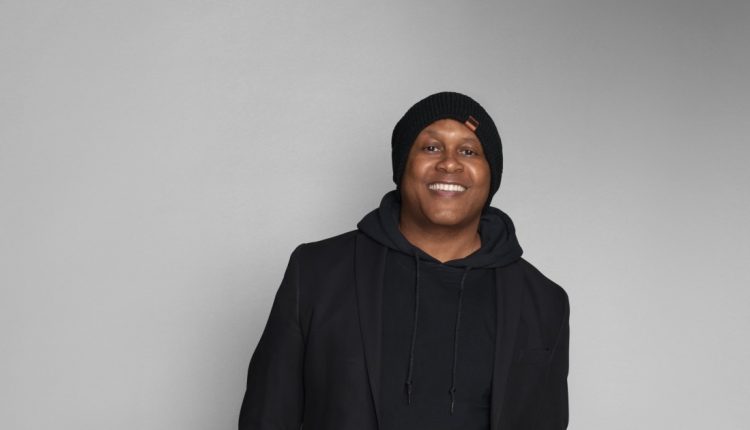 In 1992, as an uprising broke out across L.A. in the wake of the Rodney King trial, Kevin Powell, a 25-year-old writer and teacher, got into a heated fight with Julie Gentry, a 19-year-old white woman from Alabama, on the streets of SoHo. Documented in the first season of “The Real World,” their argument about racism and white privilege became an iconic moment in the history of reality TV.

Throughout the season, Powell, the only Black man in the downtown Manhattan loft, spoke passionately about the discrimination he faced daily and challenged his fellow cast members on their naïveté. Some of his roommates — and many viewers at the time — accused him of being overly confrontational. But viewed in 2021, the era of Black Lives Matter, Powell’s words seem more prescient than anything.

5:25 AM, Apr. 10, 2021A previous version of this article said Powell was collaborating on a play with V, formerly Eve Ensler. It is inspired by her work, but she is not involved in writing the play.

History repeated itself this year when the original “seven strangers” returned to their old loft to film “The Real World: Homecoming” for Paramount+. The six-episode reunion, filmed in mid-January, found the reality-TV trailblazers resuming difficult conversations that began before Bill Clinton became president or “Friends” was on the air.

This resulted in heartfelt moments of reconciliation and deepened understanding — as when Gentry proudly introduced Powell to her teenage daughter, a budding civil rights activist — but it also stirred discord. After she was called out for making dismissive comments to Powell in 1992, cast member Becky Blasband walked out on “Homecoming.” She later complained that she was portrayed as the “poster girl for white privilege” and shot down Powell’s subsequent attempt to make peace.

“I hope that people understand when they watch the old footage, that’s us when we were in our 20s,” says Powell, who still lives in New York. “Now as older people in our 40s and 50s, we’re trying to listen to each other and we’re trying to love each other no matter what, which is why I made it a point to say to Becky, ‘I love you.’ Because I really mean that. And I don’t know if I could have said that back in 1992. Honestly.”

Since “The Real World” changed TV three decades ago, Powell has forged a career as a prolific author, writing 14 books including “When We Free The World,” an essay collection released last year. He ran for Congress in Brooklyn and toured the country as a public speaker. He is currently writing a biography of Tupac Shakur and a play about masculinity inspired by the work of his mentor, V, the playwright formerly known as Eve Ensler.

But Powell, who also wrote for Vibe Magazine in the ‘90s, recognizes he will always be associated with “The Real World” and its generational impact. He recalls attending the 1992 VMAs, where he and his fellow cast members were cheered alongside ‘90s icons like Kurt Cobain and Axl Rose.

“I think this reunion actually helped us to be at peace with it because we realized how much it has impacted so many people and so many conversations in our country — not just about racism, but a whole range of things.”

How did you feel when you were approached about doing a “Real World” reunion after all these years?

The seven of us have been connected for the last couple of years very quietly with a text thread. We actually talked about even doing a documentary at some point about our experiences. When this came up in December, we were shocked. We literally have not been together, all seven of us, since the 1990s. So we were thrilled about it.

I think there may have been some anxiety, like, “Who’s gonna watch this now?” We really didn’t know what people were going to pay attention to it. It’s been really humbling to see the reactions. Every day, I’m getting messages. I guess you’ve got to take into consideration there are 65 million Americans who are Gen-Xers. That’s a lot of people.

Tell me more about that response. “The Real World” obviously struck a chord with viewers in the ‘90s.

I’ve cried. People have told me they’re watching it with their children. Or their grandchildren. Gen X-ers are grandparents at this point, some of them. The seven of us — well, most of us, I should say — have checked in with each other and said, “Are you OK?” It’s really been a profound thing.

I’m so happy for Norman [Korpi] probably more than anyone because I know what he’s had to deal with — him being the first openly gay person on a national TV show right out the gate. That was huge. And for [the reunion] to happen in the midst of insurrection, the Trump presidency aftermath, COVID, #MeToo, Black Lives Matter. You couldn’t ask for six more important episodes on TV right now.

My mind immediately flashed back to ’92 because when we shot it from February to early May, the L.A. riots happened in response to the Rodney King verdict. We were actually watching it on TV in the loft as it unfolded.

In “Homecoming” you say were traumatized by “The Real World” in 1992. Heather also talks about how you were unfairly labeled as the “angry Black man” on the show. Did you feel that way while you were making it?

I mean, I was an angry young Black man — because of racism. Because of systemic racism. Because of things like Rodney King being beaten on camera. But I was angry about a lot of things. We were also coming out of the Reagan-Bush years, praying that Bill Clinton was going to become president. For Black people and people of color in this country, we felt like we had been in a very repressive period — the crack epidemic, the AIDS epidemic, the Central Park Five case. A lot of stuff that’s very similar to now.

But I didn’t go in thinking I was going to have conversations about race and racism, I was just going to kick it. Keep in mind, I was the oldest of the seven of us. I had been involved in the anti-apartheid movement. I was also a journalist and I was reporting on a lot of things that were happening. So that’s where all of that was coming from for me. So the conversation that Julie and I had — probably the most famous argument in American TV history on race and racism — it just kind of came out. It wasn’t planned at all.

A lot of people have said to me in the last month, “You know, Kev, you were right about so much.” I’m talking about Black folks, white folks, Asian folks. I don’t take any glory in any of that because I don’t want to be right about something, I just want us to see each other as parts of the human family.

In “Homecoming,” you say that since the original season of “The Real World” you’ve learned to be a better listener. Can you talk about that?

After “The Real World” and Vibe magazine, I spent probably a good 10, 15 years on the road, going not to L.A. or New York but all the places around the country and having difficult conversations. And it broadened my mind in ways I can’t even explain. When you’re on the road, you start to understand that it’s not just about you and your challenges, that you have to listen to other people and use the platform you’ve been given.

Case in point: I always cited Norman as someone on the show that had a profound impact on my understanding of homophobia. But even when we came back together and I’m listening to the stuff that he shared about the bullying he went through in high school as a boy, when you hear those kind of stories from people that you love, it shifts you as a human being.

I’m a TV baby. I think about what it meant that you had Lucille Ball and Desi Arnaz, a white person and a Latinx person, as a couple on TV and about the conversations that happened on “All in the Family.” And then I bring it to our show. We’re a part of this landscape of stuff that’s happened in American TV history that’s really affected some profound change, and it comes with a big responsibility.

So that’s what I thought about this time. I don’t think we really understood the responsibility of the first time. I didn’t know that people would be quoting back to me almost 30 years later, “Kevin Powell, you said racism is race plus power!” [a comment he made during an argument with Blasband in 1992.]

Have you spoken to Becky since you filmed the show?

No, I left it as it is. I mean, I love her. And I pray for her wellness. I don’t think any of us know fully what is happening with her. I just wish the best for her. But I will say that it saddens me to see the commentary about her on social media, because we were hoping that that would not happen. Which is why we were trying to talk with her and trying to persuade her to stay. It’s unfortunate.

I don’t believe in cancel culture. I believe in counsel culture. If we’re talking about people struggling with understanding racism or sexism, homophobia, transphobia, any form of discrimination, I don’t believe in just throwing people away. But I also think we have to give them space and hope that they will recognize for themselves, “I may need to approach this a different way.”

I hope that people understand that we really are not going to change our country for the better if we’re not going to constantly look inside ourselves and try to grow. I had to grow. One of the first things I said to Becky was that I wanted to apologize for even using the b-word [in an argument with her on “The Real World”]. I still have memories of my mom calling me, literally from 1992: “Why did you say that on TV?”

It’s interesting that you said it was sometimes hard to tell if it was 1992 or 2021. Why do you think we are re-litigating so much of that decade right now?

I think the ‘90s were very profound. And I think for Gen-X-ers, even millennials, there is huge nostalgia about it the way that I think a lot of Boomers have nostalgia about the ‘60s and early ‘70s. There’s so much there that’s rich and beautiful. It’s also something we’ve always done in America. As we go through very difficult periods, it’s not unusual for us to look back 20, 30 years, and ask, “Well, what was going on then? And how did we deal with it?”