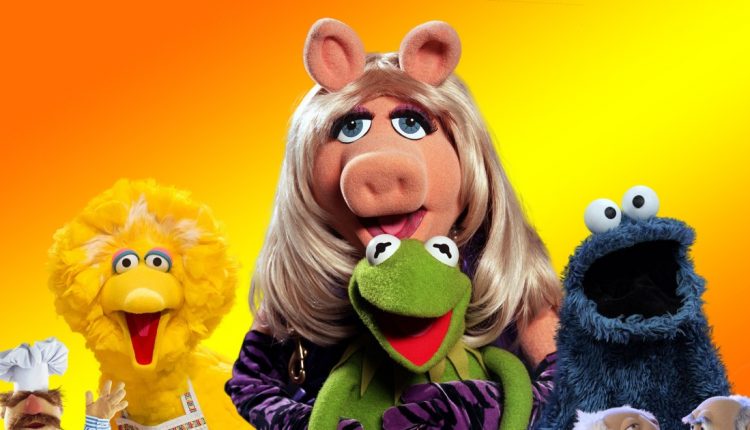 It’s a show about a show, and also the show the show is about. It’s television and theater — a variety show and a vaudeville revue with musical numbers, sketches, blackouts, hecklers and backstage drama. It’s “The “The Muppet Show,” which ran in syndication from 1976 to 1981 and is now on offer from Disney+, joining the early 1990s satirical sitcom “Dinosaurs” and the new “Earth to Ned” in what feels like a Jim Henson Moment. It’s a good feeling.

When “The Muppet Show” debuted, it had been more than 20 years since the Muppets first raised their heads, or had their heads raised for them, on “Sam & Friends,” the Washington, D.C.-area show that Henson, still in college, created with future bride Jane Nebel. It was also a new beginning. To start, “The Muppet Show” is where Kermit — who had first appeared in “Sam & Friends,” made significant appearances on “The Ed Sullivan Show” and had been serving as a Muppet-at-large on “Sesame Street” — turns into the Kermit we know.

By dint of seniority, he was already the company’s figurehead. Here he becomes a character, with continuity and a community, skeptical but also excitable: the arm-flapping, head-bopping, cheerleading Kermit; the boss — though not bossy — others look to when things go wrong. (And things will go wrong.)

He gets a love interest in Miss Piggy — well, she’s interested in him — and a foil in Fozzie Bear, both pairs partnering Henson with longtime collaborator Frank Oz. This is where we meet Dr. Bunsen and Beaker, Statler and Waldorf, Sam the Eagle, Scooter, Gonzo, Dr. Teeth and the Electric Mayhem, with Animal on drums, and the Swedish Chef, which Henson and Oz performed together, throwing each other curveballs as they did. Rowlf the philosophical piano-playing dog, a regular on “The Jimmy Dean Show” in the 1960s, is brought out of mothballs. More than a cast, they’re a stock company able to take on many parts. On “The Muppet Show,” Miss Piggy is always Miss Piggy, but she is also Miss Piggy as Nurse Piggy in “Veterinarian Hospital” and Miss Piggy as First Mate Piggy in “Pigs in Space”; she is never not herself, even when she’s playing someone else.

These are the Muppets who will populate “The Muppet Movie,” “The Great Muppet Caper,” “The Muppet Christmas Carol,” “Muppet Treasure Island” and every Muppet-brand movie and TV show not related to “Sesame Street.” (They are the Muppets that Disney has owned since 2004; the “Sesame Street” Muppets belong to the nonprofit Sesame Workshop; and the Jim Henson Co., which remains the steward of “Fraggle Rock” and “The Dark Crystal,” continues to make new puppet shows.) Outside of Walt Disney Studios, Leon Schlesinger Productions — which made cartoons for Warner Bros. over the years that introduced Bugs, Daffy, Porky, Elmer and Tweety — and, arguably, Hanna-Barbera, no company has created a cast of characters with greater reach or resonance than Jim Henson’s. Among puppets, there is no one to touch them: “Sesame Street” Muppets Big Bird, Cookie Monster and Grover figured in a commercial at this year’s Super Bowl, America’s absolute measure of cultural importance. You would have to be of a certain age or a person with historical interests to pick Mr. Moose or Kukla or Jerry Mahoney out of a lineup, but there are few citizens, of many nations, who won’t recognize Bert and Ernie by their silhouettes alone.

Disney characters may take on many parts — a bandleader, a giant killer — but unlike cartoons, the Muppets, like all puppets, have actual substance. They can act and improvise with humans in four-dimensional space-time. They can guest on a talk show (or guest host one), and have; present at the Oscars, and have; or perform a Tiny Desk concert for NPR, and have. The Mickey Mouse you meet at Disneyland is not, whatever parents may tell their children, Mickey Mouse; it is impossible to meet Mickey Mouse. But you can meet and speak with Kermit, provided his official puppeteer is attached — it’s been Matt Vogel since 2017 — and it will be the real Kermit.

Arranged in such a way that the corniest gag — whether an awful pun or using crocodile muppets to accompany Elton John singing “Crocodile Rock” — succeeds because of its corniness, the show mixes self-deprecation with celebration. At Jim Henson’s memorial service, head writer Jerry Juhl remembered Henson telling him, “It’s a terrible joke, but it’s worthy of us.”

Of course, as with any group of contract players, the Muppets can be miscast or given bad material. (It is harder for them to protest, though.) Not every move has been equally successful, or successful at all. Shall I say again that I didn’t like ABC’s (relatively speaking) dark reboot, “The Muppets”? On the other hand, “Muppets Now” on Disney+, which takes its structure from “The Muppet Show,” and “The Not Too Late Show With Elmo” on HBO Max, strike me as pretty successful.

And the Jim Henson Co. carries on under its own name. The divine “Earth to Ned,” with its combination of human guests and puppet hosts, descends from “The Muppet Show,” even if they don’t share a brand name. New episodes of “Fraggle Rock,” Henson’s 1980s exploration of interspecies interdependence, are currently in production for Apple TV+. Nearly 70 years on from “Sam and Friends,” there’s no show business like Muppet show business.