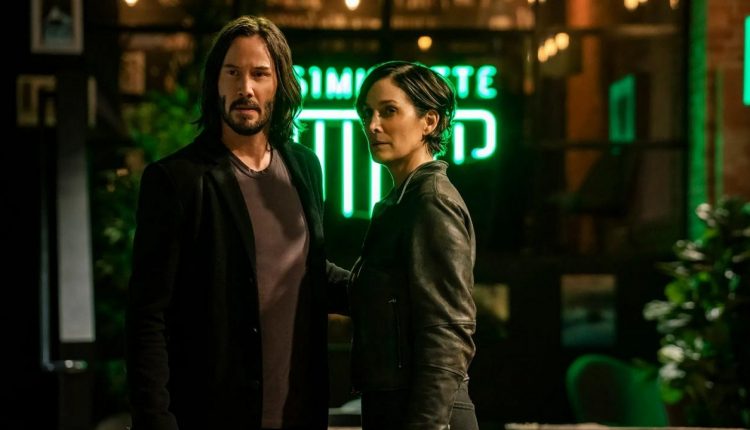 The Matrix Resurrections will be “throwing down the Matrix gauntlet again,” according to returning star Keanu Reeves who, along with Carrie-Anne Moss, has provided further insight into the upcoming, and largely unexpected, sci-fi action sequel. Both Reeves and Moss, who return to their respective roles as freedom fighters Neo and Trinity in the fourth outing of The Matrix franchise, believe that the movie will achieve something surprising while simultaneously reminding audiences of the previous trilogy.

Moss reveals that she and Keanu Reeves read the script for the first time together and that her initial response was very different from what she expected. “When I read [the script] for the first time — I was with Keanu reading it at a table — I had no idea how were we going to go back to this world,” she said. “I fantasized it in my mind, like three different scenarios. I was nowhere close.” Continuing, Moss declared that she felt “right back” on the set of the original Matrix trilogy, and could not wait to plug back in and once again join forces with Keanu Reeves.

“Most of my scenes are with Keanu, and it was just a pleasure to sit across from him and do that again. We’ve been through this experience together as partners. The only way I can describe it is like a soul friendship.”

Reeves, who has previously described the sci-fi action flick as a “love story,” doubles down on this, revealing that it is this element that really resonated with him. “Not that it needed it,” says Reeves, “but certainly the depth of why this film got made is the sense of it being a love story between Trinity and Neo.” Reeves then reminisced over the first time that Lana Wachowski pitched him the idea behind the sequel saying, “It was one of those phone calls where even though you’re at home, you stand up.”

The Matrix Resurrections is the fourth movie in the franchise and will act as a continuation of the story established in 1999’s The Matrix. Set twenty years after the first installment, the franchise that helped define pop culture at the turn of the century has returned in this mind-bending new adventure of action and epic scale, which picks up in a familiar yet even more provocative world where reality is more subjective than ever and all that’s required to see the truth is to free your mind.

Produced, co-written, and directed by Lana Wachowski, The Matrix Resurrections stars Keanu Reeves, Carrie-Anne Moss, and Jada Pinkett Smith, each of whom will reprise their roles from previous movies, with the likes of Yahya Abdul-Mateen II, Jessica Henwick, Jonathan Groff, Neil Patrick Harris, Priyanka Chopra Jonas, and Christina Ricci also along for the ride. The Matrix Resurrections will have its world premiere on December 18, 2021, in San Francisco and is scheduled to be released by Warner Bros. Pictures theatrically on December 22, 2021. The movie will also stream digitally on HBO Max in the United States for a month beginning on that same date. This comes to us from EW.

The Undertaker Names His Mount Rushmore of WWE Legends

Humble enough not to include himself, the Undertaker has four names he feels are perfect for WWE’s Mount Rushmore.

Film Fanatic. Movie Maniac. Asserting his opinion wherever he goes, whether it is warranted or not. Writing for Movieweb since 2019.