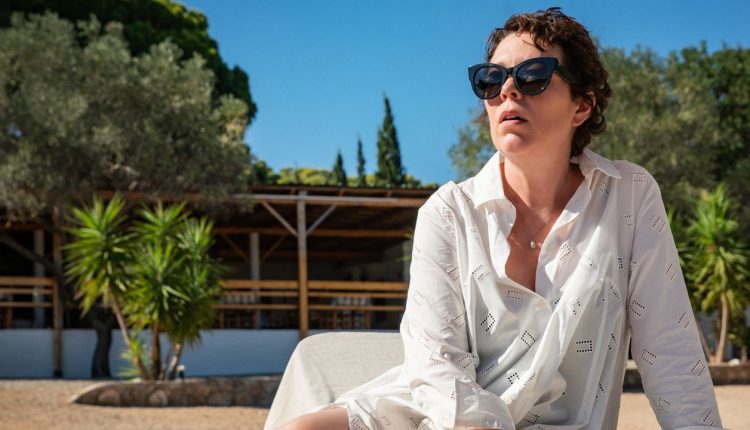 Children aren’t dolls. While often depicted as cherished cherubs or perfectly precocious, kids can be a terrible handful– they kick, scream, punch, cry, lie, and demand parents to abandon their lives in order for the children to survive. While hardly worthy of blame, they require a kind of patience, compassion, and (above all) attention which some people simply don’t have, and claiming that all women should be mothers only results in a slew of bad parents and unhappy children. Some people think they want children; they really just want dolls.

The new film The Lost Daughter explores this understandably provocative concept with subtlety and mystery. In the movie, Olivia Colman plays Leda Caruso, a lone woman on holiday at a Greek beach who stumbles across a large family with a young, beautiful mother and her daughter. Leda is stand-offish and mysteriously cold, expressing the peculiarly British way of being polite and refusing help while clearly having an existential panic attack in slow-motion.

When Leda tears up while observing the tender play between a mother named Nina (perfectly portrayed by an almost unrecognizable Dakota Johnson) and child, the audience begins to question the woman’s history. Nina loses her daughter on the beach one day, triggering what will become the first in a series of flashbacks relating to Leda’s own motherhood (where she is played by a tense Jessie Buckley), where it’s revealed how unprepared the woman was for parenthood. She simply doesn’t seem capable of giving attention to her children– she slips headphones over her ears while her child cries and screams desperately for her; she refuses to kiss her child’s injured finger when the young girl asks for it; she seems to resent her children for shifting her attention away from her marriage and career; she slams doors and breaks glass. “I hate talking to my kids on the phone,” she says. “Don’t say that,” a man replies, ignoring her altogether.

Nina’s daughter is found by Leda, and the younger mother thanks the older mother tearfully and breathlessly; they lock eyes several times, and it seems that they connect deeply to each other regarding their dissatisfaction and frustrations with motherhood. The family thanks Leda, but doesn’t realize that the older woman has stolen the child’s doll, which she then proceeds to obsess over in disturbing ways; unfortunately, Nina’s daughter won’t forget the doll, and her violent and intimidating family won’t either. What follows is a strange, adult drama about motherhood, loneliness, secrets, and abandonment.

Olivia Coleman used to be the most underrated actor in the field, working quietly but hilariously in the comedy world of British television (with brilliant performances in the innovative Green Wing and the humorously debauched Peep Show). Colman’s skills progressed toward drama as she earned awards and praise for her painful performance in the brutal Tyrannosaur and the brilliant, melancholic series Flowers. She’s now rightfully becoming recognized as one of the greatest living actors today, having won an Academy Award as a queer Queen Anne in Yorgos Lanthimos’ film The Favourite, and another Oscar nomination for The Father with Anthony Hopkins.

In The Lost Daughter, she continues to master the art by paring down the performance to simple gestures and line deliveries which hint suggestively toward something deeper. “You don’t have kids?” a woman asks her. “Yes, I have two daughter,” Leda responds. “Where are they?” Leda pauses before saying without any answer, “Children are a crushing responsibility.” Every line she gives and gesture she makes is perfect, and she carries the film from stunning start to end.

As the film progresses, it becomes genuinely suspenseful as Nina’s family may suspect that Leda has stolen their doll. Menacing looks and angry behavior from the men in Nina’s (possibly Mafia-adjacent) family create a real sense of danger, but Leda is strangely adamant about keeping the doll (which becomes an obvious but fitting metaphor for so much pain). An unusual kind of tension is interwoven throughout the entire film, but it’s the ending sequences which really elevates this mood.

Amazingly, this is Maggie Gyllenhaal’s first feature film, which she writes and directs with utter brilliance. The actor wrote to Elena Ferrante, the author of the original novel, during the process of aquiring the rights to produce the film. The author wrote her back by saying, “Yes, you can have the rights, but this contract is void unless you direct it.” Thus, Gyllenhaal came to direct this masterpiece of adult drama. During her three decades acting in the movie industry (to great acclaim), she must have picked up some behind-the-camera skills, because her work here is intuitively excellent.

She begins the film the way great French cinematographer Helene Louvart shoots most of it, in slightly shaky (and sometimes extreme) close-up. The title sequence should become instantly iconic, as a jittery camera claustrophobically follows Colman before cutting outward to observe her standing shoeless at the beach. She collapses, her vertical line becoming horizontal and parallel to the crashing waves as Dickon Hinchliffe’s catchy, romantic score blasts out from the void. Hinchliffe’s music is incredible here; as a member of the long-running and seminal indie band The Tindersticks, the composer knows how to create pop music which accompanies, rather than distracts from, the images. The score honestly sounds like a classic composition from some great fictional ’60s Hollywood film.

The actors Gyllenhaal brings along compliment the story perfectly. Aside from Colman’s powerful performance, Peter Sarsgaard, Ed Harris, Paul Mescal, and the aforementioned Johnson and Buckley are phenomenal with how each of them relate to the lonely protagonist in their own particular ways. Leda inspires a range of emotions from everyone she meets, depending on how much they know her and how much she chooses to reveal to them; the cast members are each great at locating the disgust, envy, lust, rage, concern, and pity each of them expresses toward her. Ultimately, though, it’s the elusive relationship which develops between Nina and Leda which is the beating heart of this sometimes detached film. Leda exists on one side of abandoning her children, with Nina, perhaps, on the other. They meet in a world which demands motherhood be one thing, where those who don’t fit in are condemned to suffer alone.

Affonso Goncalves’ editing is also noteworthy here, elaboratin on the characters’ past and current relations. He slowly and beautifully brings together the two different timelines and families with a kind of emotional architecture, bridging together Leda’s past and present while structuring the many spaces in the film to create a cohesive whole. He and Gyllenhal unite the two leads more through editing than through actual dialogue and interaction, weaving their parenting difficulties and personal problems together through reverse shots and non-linear cuts.

Motherhood is a beautiful thing, and so are children, but this is not a universal experience. “When the oldest was seven and the youngest was five, I left,” Leda tells Nina. “I abandoned them and I didn’t see my children for three years.”

“What did it feel like without them?” Nina asks.

“It felt amazing.” Colman remains poised but still weeps while delivering this line, capturing the strange contradiction of her character. She knows that she’s done something wrong in abandoning her children, but she can’t help the fact that she became happier by doing so. She preferred giving her attention to something else– an affair, work, love, literature, or simply herself. This is a radical sentiment to put forward in a film, but a liberating one for women. In its own dark and mysterious way, The Lost Daughter is a feminist masterpiece

Writer for Movieweb.com since 2021. Lover of film, philosophy, and theology. Amateur human.