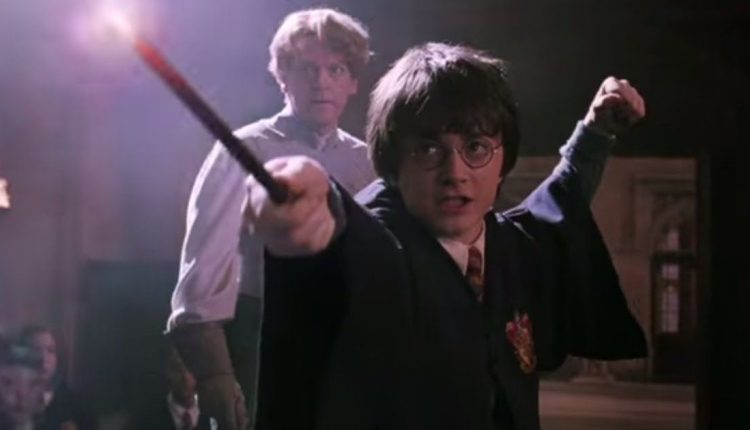 There is no doubt that Harry Potter is one of the most beloved and highest-grossing movie franchises of all time. Based on the novels of the same name, these fantasy/adventure epics have developed some of the most iconic heroes and villains in film. From Harry Potter himself to Lord Voldemort, even twenty years after the initial release of Harry Potter and the Sorcerer’s Stone, these are characters we are still referencing today.

Updated: August 2022: To keep this article fresh and relevant by adding more information and entries, this article has been updated by Stephen Rosenberg.

Besides the special effects, cinematography, film editing, and costuming, one of the most powerful aspects of the Harry Potter movies is how much they mean to people. It’s difficult to think of a series like this that has impacted audiences in such a profound way. Indeed, audiences come back to these characters time and time again for a sense of comfort, hope in the outsider, and characters who don’t conform to the norms. The original 8 movies were so successful that the world expanded with the Fantastic Beasts series, the third movie of which, The Secrets of Dumbledore was released earlier this year. With that being said, here are some of the best characters in the Harry Potter franchise, ranked.

Related: These Are the Coolest Wands in the Harry Potter Franchise

Headmaster of Hogwarts School of Witchcraft and Wizardry, Albus Dumbledore (Richard Harris, then Michael Gambon) plays a huge part in the Harry Potter franchise, not only because he is repeatedly credited as the greatest wizard of all time, but also because he watches over Harry throughout his journey. In Harry Potter and the Deathly Hallows: Part 1 and Harry Potter and the Deathly Hallows: Part 2, we see conversations between Dumbledore and Snape that make us rethink the professor’s intentions, but looking back on all the films, it’s clear that since Harry’s birth, Dumbledore has attempted to do what’s best for him and the entire Hogwarts community. His advice and protection help Harry navigate his way through the wizard world as the boy who lived.

He may seem oblivious and questionable at times, but Hagrid (Robbie Coltrane) is a fierce and loyal friend to Harry, Ron, and Hermione throughout the entirety of the films. His love for all the students and his determination to help them in any way he can, makes him one of the audience’s favorite characters. From the very beginning of Hagrid’s storyline, he is introduced as a friend and mentor to Harry by taking him far away from the terrible life he led under Aunt Petunia (Fiona Shaw) and Uncle Vernon’s (Richard Griffiths) care — or lack thereof — and even helping Harry get acclimated to Hogwarts.

Fred and George Weasley (played by twins James and Oliver Phelps) are the older twin brothers to Ron and Ginny Weasley. The two are also students at Hogwarts in the Gryffindor house and become good friends to Harry Potter as they help him fight off evil entities and trouble at the school. One of the main reasons why fans love these brothers so much is because of the comedic relief they offer throughout the movies and all of their quotable one-liners.

Severus Snape (Alan Rickman) has one of the biggest character arcs out of anyone in the Harry Potter movies. At first, viewers are almost certain that the professor and Head of Slytherin House has something against Harry and is out to get him, Ron, and Hermione, but it’s later on revealed that he was actually looking out for Harry the entire time. Snape and Harry’s mother, Lily Potter, were good friends growing up, and Snape cared about her deeply. When she was killed by Lord Voldemort, it affected Severus immensely, and he decided to protect Harry while he was at Hogwarts.

Neville Longbottom (Matthew Lewis) is by far one of the most underrated characters in all of Harry Potter. Just like Harry’s parents Lily and James, Neville’s mother and father were amongst the brave group of individuals who came together to try and stop Lord Voldemort. His parents were driven into insanity by Bellatrix Lestrange and left Neville to be raised by his grandmother. The more we learn about Neville, it becomes clear that he endured pretty much the same tragedy as Harry, but just didn’t get the glory. He is the underdog, but by the end of Harry Potter and the Deathly Hallows: Part 2, Neville comes out braver than ever.

Related: The Best 21st Century TV Shows and Movies About Witches, So Far

Coming in next is the main character himself, Harry Potter (Daniel Radcliffe). From the very beginning of his life, Harry endured great tragedy and loss, with the murder of his parents and consequently being forced to live with his cruel and emotionally abusive aunt and uncle until his acceptance into Hogwarts. Despite the fame and credibility Harry has in the wizarding world, we see him suffering in almost every film, longing for a loving family while bearing the weight of being The Chosen One. One of Harry’s most admirable qualities is his good heart and bravery when it comes to protecting the people and places he loves the most.

In an incredible villain performance from Ralph Fiennes, Voldemort was the main antagonist of the entire Harry Potter series. The character had an amazing backstory, showcasing a traumatic past that led him to become one of the most evil wizards of all time. Voldemort acts as the antithesis to Harry, essentially being two different sides of the same coin. Fiennes played Voldemort with the calm, collected, psychotic tone needed to keep all of his followers in line, and present an imposing counterpart to Harry’s heroism. The portrayal may go down in history as one of the best villain performances in cinema history.

Gary Oldman is an incredible actor and his portrayal of Sirius Black, especially in Harry Potter and the Prisoner of Azkaban, is brilliant. Sirius is such an important character in the franchise because he is one of the closest things Harry has to a family and father-figure due to the fact that Sirius used to be one of James and Lily Potter’s best friends. We see his and Harry’s relationship grow stronger until he is tragically killed by Bellatrix Lestrange, leaving Harry alone once again.

Ron Weasley (Rupert Grint) is one of Harry’s best friends, and loyally sticks by his side through all the insanity that goes on within the films. Unlike other students at Hogwarts, Ron is Harry’s friend because the two genuinely care about one another, not because of Harry’s fame. The Weasleys become a second family to Harry; they took him in without hesitation and protected Harry whenever he needed a place to go. Eventually, Harry grows close with Ron’s younger sister Ginny, and the two fall in love. Ron and Harry have an unbreakable bond that we are certain will last a lifetime.

Number one on the list of the best Harry Potter characters is Hermione Granger. Emma Watson’s portrayal of the bright, mature, and brave young wizard is spot-on and an incredible performance given how young Watson was at the time the first film, Harry Potter and the Sorcerer’s Stone, was released. What makes Hermione so lovable is her persistence, bravery, and loyalty. She sticks by Harry and Ron’s side despite what people say about them, and fights relentlessly to achieve what she believes is right. Even when Draco and other boys at Hogwarts try to make her feel less-than for being a Muggle-born, Hermione shows grace, confidence, and strength within herself. She is a great character for young people to look up to and by far one of the most kind-hearted in the entire franchise.