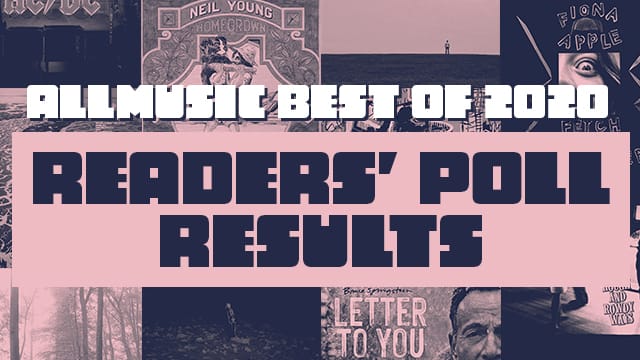 0
Share
We close out our look back at the best music of 2020 with one final list: the results of our annual readers’ poll. You voted, we tallied, and now we present the Top 10 albums of 2020, as chosen by the AllMusic readers.

“Good times have always been a crucial part of the band, but there’s a depth of feeling to the levity on Power Up, as if the band decided that the best way to pay respect to what they’ve lost is by focusing on what they still have. They don’t dwell upon the past, they barrel forward with a set of turbocharged blues and high-octane rock that doesn’t merely sound good, it feels nourishing.” (Read the full review)

“Released to the public on the exact moment of 2020’s autumnal equinox with only a day’s advance notice, Shore‘s comparative tranquility plays almost like a reaction to its predecessor. However, far from a retreat to the earnest halcyon days of Fleet Foxes’ first two albums, it stands firmly on the other side of Crack-Up both in sequence and emotional maturity.” (Read the full review)

“folklore represents a shift for Taylor Swift, moving her away from the glittering pop mainstream and into gloomier territory. The 16 songs are recognizably her work, bearing telltale melodic phrases and a reliance on finely honed narratives that turn on exquisitely rendered lyrical details. Combined, the moodier, contemplative tone and the emphasis on songs that can’t be parsed as autobiography make folklore feel not like a momentary diversion inspired by isolation, but rather the first chapter of Swift’s mature second act. (Read the full review)

“By 2020, Young was ready to unveil Homegrown as part of his ongoing Archives series. Heard as its own distinct work, Homegrown is indeed emotionally candid, but it’s also warm, funny, stoned, and spooky, considerably lighter than either Tonight’s the Night or On the Beach yet more cohesive in its weirdness than American Stars ‘n Bars and not as cozy as Comes a Time. It’s not a footnote, but an essential part of Neil Young’s catalog. (Read the full review)

“Back on her own with Punisher, Bridgers offers up a set of hushed narratives that push her music into new, ominous places. Punisher‘s use of moody, barely there electronics and creaky instrumentals enhance the uneasy, dissatisfied feeling of the album. Already masterful at creating sad, smart songs, Bridgers reaches new depths with Punisher. It’s an album of shockingly self-aware explorations of dark feelings and Bridgers is more willing than ever before to throw herself headlong into the darkness. (Read the full review)

“The fact these songs seem so telling in a strange and difficult time has a bit to do with coincidence, but more important is the excellence of Isbell’s songwriting. He makes his characters and their stories feel thoroughly honest and unguarded, and if he’s not always optimistic, his artful realism is never less than heartfelt and powerfully human.” (Read the full review)

“Throughout The New Abnormal, the Strokes have grown into the desolation that lurked around the edges of their debut on “Is This It” and “Alone Together,” and give First Impressions of Earth‘s ambition the purpose that comes with another decade of experience. Just how raw the band’s emotions are on The New Abnormal is surprising and riveting. Full of passion, commitment, and creativity, The New Abnormal marks the first time in a while that the Strokes have made truly exciting music.” (Read the full review)

“Springsteen brings the E Street Band into the studio for the first time since 2009’s Working on a Dream, but the difference with Letter to You is that the group cut the album live in the studio. It may seem like a subtle distinction, but having the E Street Band offer empathic, effortless support lends a dose of magic to the proceedings, offering unspoken connections between those wordy, windy early works, the cascading thunder of Darkness on the Edge of Town, and the naked sentiment of the aging songwriter. (Read the full review)

“Everything on Fetch the Bolt Cutters seems restless: overdubbed harmonies don’t quite jibe, rhythms are cluttered, narratives turn inside out, and Apple treats her own voice as a rubber instrument, stretching it beyond comfort. As pure sound, it’s exhilarating. It’s rare to listen to a pop album and have no idea what comes next, and Fetch the Bolt Cutters delivers surprises that delight and bruise at a rapid pace. The unpredictable nature feels complex and profoundly human, resulting in an album that’s nourishing and joyfully cathartic. (Read the full review)

“Rough and Rowdy Ways is akin to transformational albums such as Love and Theft, and Slow Train Coming. It’s a portrait of the artist in winter who remains vital and enigmatic. At nearly 80, Dylan’s pen and guitar case still hold plenty of magic.” (Read the full review)

What really happened when the FBI persecuted Billie Holiday