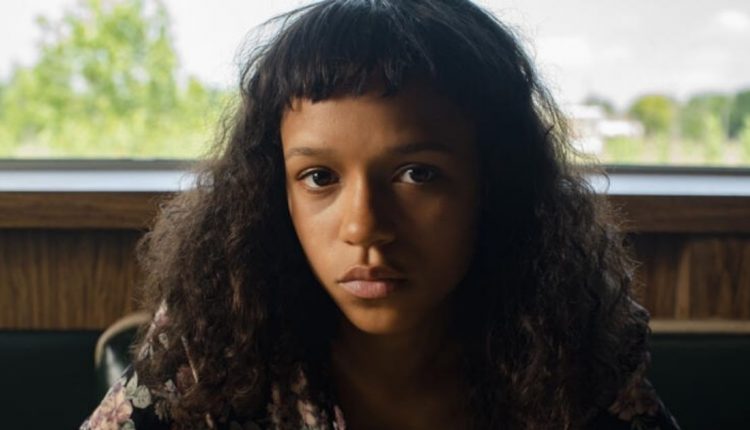 Yes, the new film Bones and All reunites every search engine’s favorite actor, Timothée Chalamet, with director Luca Guadagnino after their internationally acclaimed success Call Me by Your Name. Yes, the new film is defiantly reluctant to labeling, combining horror and romance with small bursts of awkward comedy, the mentality of a road trip movie, and poignant LGBTQ+ allegory. Yes, the characters of Bones and All are cannibals, and yes, Chalamet’s co-star in Call Me by Your Name got into a lot of trouble for his own interest in cannibalism. These are what Donald Rumsfeld would call ‘known knowns.’

The ‘unknown known,’ however, is Taylor Russell, the main star of Bones and All who has nonetheless been slightly eclipsed by the bigger names surrounding the film. Once audiences see it, this will hopefully no longer be the case, because Russell is the bloody beating heart of the film. She delivers a powerhouse performance, exuding the vulnerability of a flower in winter and the sadness of a neglected child, all while anchoring a strength and resoluteness to Maren, the protagonist of Bones and All.

Maren seems to have been born a cannibal, a condition which has driven her mother away and sent her and her father from town to town, avoiding the authorities. Eventually, her father, the final tether to ‘normalcy,’ leaves her too, and she is cast adrift across the country, eventually finding like-minded (or like-stomached) individuals, including the equally lonely and equally cannibalistic Lee (Chalamet). Bones and All is a bold, beautiful, but bleak film, and Russell spoke with MovieWeb about her involvement, her character, and her cast.

The Story of Bones and All

Bones and All is a fascinating film, not just for its hauntingly gorgeous (and sometimes downright nauseating) visual aesthetics, but for the way Guadagnino explores the characters with sympathy and love. While the tonal balance is difficult, Russell, Chalamet, André Holland (or André 3000, of Outkast fame), and the great Mark Rylance pull it off, creating multifaceted cannibals. Maren is undoubtedly the central focus of the film, though, as Bones and All explores her burgeoning acceptance of her affliction and her quest for some kind of validation or acceptance.

In addition to whatever allegory one wishes to project onto Bones and All, at its simplest, the film depicts a woman’s coming-of-age, the struggles of rejection and ostracization, and the possibility of hope and love despite all odds. It does this primarily through Maren’s relationship with her own cannibal nature. “I think there’s a lot of shame around it at the beginning,” explained Russell, “and hopefully by the end, that kind of shifts into being something else through the lens of love and acceptance from another human being who shares a similar affliction as you do.” Russell elaborated:

How she views it within herself would be different if she felt like there was some part of her that was right for being this way, or that it was okay, but because from the beginning, from her fundamental caregivers, it had been something that she didn’t even fully understand, that was never talked about, that was never out there and had a lot of mystery around it. You know, she has a scene with Sully and is saying, ‘I’ve only done it this amount of times,’ and he kind of schools her in a fatherly way. ‘No, this is what it is. This is who you are.’ The shock of somebody saying something to you that you know, but that you haven’t acknowledged is a really severe, intense thing. I think she feels like she’s a mystery to herself, but also is so curious about if she could find a way to be who she is and still live, and that’s a genuine question that she has.

Bones and All is About More Than Cannibalism

While much has been made of the film’s use of cannibalism, that particular horror trope is only a tool for Guadagnino and the cast to use to build a complicated emotional story. “The cannibalism is the picture frame, but you always need to bounce off the picture frame to see where you are,” said Russell. Inside the frame are portraits of loss, loneliness, and love, all immersed in naturalistic imagery of rural America in the 1980s. Russell could relate to Maren in many ways, but it was the actual process of painting that picture which really stuck with the young actor.

“There was a lot of personal stuff for me in it,” said Russell. “There was also a lot of stuff that was brand new and that I was finding while being in these incredible environments that we were in, in Ohio and Nebraska and Kentucky. There’s something about that part of America that I find really inspiring, and I feel like there’s a lot of fertile ground to pluck from and to plant and grow. I’m working in North Carolina right now, and I feel that way too. I feel super inspired.”

Taylor Russell Grew by Acting in Bones and All

Russell feels almost as natural as the vast plains and green vistas of Bones and All, which finds her and Chalamet’s character on a cross-country road trip motivated by family and fear. She seems like an organic extension of that beautiful but hostile landscape, her performance aligning perfectly with the themes of the film. While she was great in the surprisingly good Escape Room and the indie darling Waves, this was a very different and powerful role for Russell, one which seems to be a marker in the next chapter of her career.

“What I’ve been thinking about a lot right now, especially in the last couple of years and the further I go along in my career, is that what’s cool about playing a character is that there’s an opportunity of reflection in a way that you perhaps wouldn’t get in real life, or that you’d get but in a different way,” mused Russell, who, like many others, seems to view the art of acting as a kind of empathy tourism. “I feel like playing Maren was kind of a stamp of some questions that I was asking myself in my life, and now I feel like I’m in a very different place and that I graduated in ways that I felt stuck in, prior to playing her.” She continued:

It is very personal and very moving to me, because I want to keep growing and changing, and I don’t want to keep playing the same people again and again. But sometimes you’re stuck in the same cycle in your life, and you need to do something that breaks you out of it, and that’s how this felt to me, which is perhaps the biggest gift regardless of anything that happens with this movie personally for me. It shocked me out of somewhere that I was, into a whole new expansive experience in my brain, and that’s exciting because I’m now I’m playing a different character who does not have any of the afflictions that Maren does, and is so unbothered in a way and, and I think it’s a good marker for me to be able to tell where I’m at.

Finding North Stars Behind the Scenes of Bones and All

Russell is humble, and recognizes the excess of talent surrounding Bones and All which helped achieve her outstanding performance. “I had so many North Stars shooting Bones and All, so many, and I had a feeling before I worked on it that I would,” said Russell. “My friend Jessica is a very astute observer, and she said to me, ‘I have a feeling that you’re gonna have all these totems around you of people that you can lean on, in this little pit of vulnerability that you’re going to be in,’ and I was like,’ Okay, let’s see. Let’s see.’ She’s usually always right, but it really did feel like that.”

“I had so many people, like Massimo [Gattabrusi] and Fernanda [Perez], who were the hair and makeup designers. They were not far from me off camera, holding my hand every single day, just uplifting me, just being there for me and really loving me,” continued Russell. “And Luca of course, who gave me this opportunity. He saw something in me at a time that I really felt so invisible, so lost in this industry. He felt like he came in on a boat and kind of saved me from drowning in a way, which sounds extreme, but you know, artistically it really did feel like that for me.”

“I had so many great actors with me, Mark Rylance, and André Holland, and Timmy [Chalamet],” said Russell. “André started the journey with me as my dad and then had to leave, so it felt very poignant, and I had that gravity to pull off of, but unlike the character, he was messaging me all the time and checking in, calling me and seeing if I needed him. And Mark came in at the end but was so powerful, and just loved on me and taught me how to play dice, and we hung out with his wife and he just made me feel so safe.”

“And Timmy,” said Russell, referring to her adorably truncated sobriquet for Timothée Chalamet, “that was really my partner on the film. I was going through something his character had already been through, so he was reliving that again but through the eyes of love. He’s somebody that you want to show up for. He’s also somebody who had been in Luca’s world before and knew what it looked like and what it meant, and could really be the light for me when I felt like there was a lot of darkness and that I didn’t know what I was doing. So I had a plethora of support, and you don’t always get an incredible support team, but I got that, and I’m really, really lucky for it.”

If anything, viewers are the lucky ones, able to witness Russell’s gut-wrenching, achingly emotional performance in what seems like a true ‘a star is born’ moment. From Metro Goldwyn Mayer Pictures, Bones and All is produced by Frenesy Film Company, Per Capita Productions, The Apartment Pictures, Memo Films, 3 Marys Entertainment, Elafilm, and Tenderstories. Bones and All premiered in New York and Los Angeles on November 18, and everywhere else on November 23.