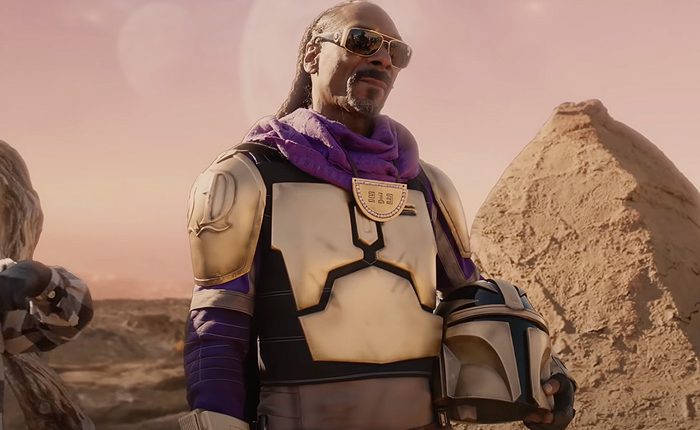 Snoop Dogg is ready to party.

In honor of his 50th birthday today, the living legend drops “Big Subwoofer,” the first release from his upcoming Def Jam debut, Snoop Dogg Presents The Algorithm. “Big Subwoofer” is a collaboration with his rap supergroup Mount Westmore, also comprised of West Coast icons Ice Cube, E-40, and Too $hort.

The celebratory anthem is accompanied by an out-of-this-world video. In the Star Wars-inspired clip, Snoop and his legendary crew blast off in their spaceship to Planet Snoopiter “where the bitches is blue” before partying with aliens and Avatar-looking women.

The Algorithm will feature artists from Def Jam’s past, present, and future. Earlier this month, Snoop teased a collaboration with Eminem that may also appear on the project.

“There’s so much talent on this record, so many styles of music, it breaks the algorithm,” said Snoop, who serves as Def Jam’s Executive Creative and Strategic Consultant. “Right now, the algorithm is telling us you have to rap this way, you have to sound this way, but they’re not telling you how it’s supposed to feel. My algorithm is going to give you a feeling, not a sound.”

Netflix’s Sarandos ‘screwed up’ but stands by Dave Chappelle