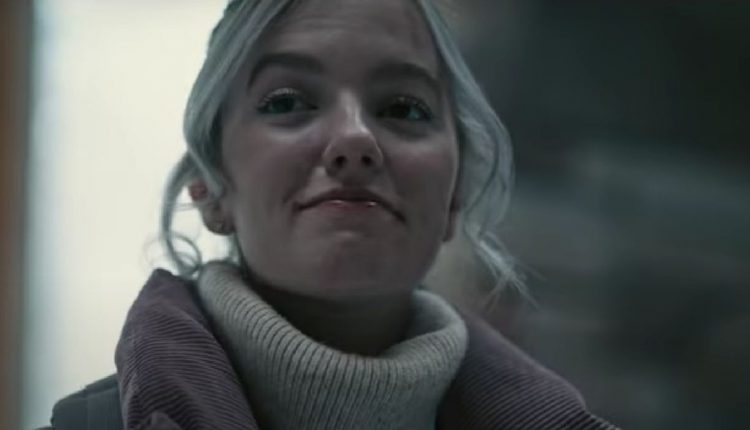 “It’s a tiny bit surreal,” says Skyler Davenport about the release of their new movie See For Me, “just because that whole [filming] process was before COVID. And then, we got shut down, and reopened, and then came back for additional scene shoots. I’m grateful that the movie is coming out, [after having watched] people work for a year and a half, off-and-on, amidst obstacles the world of cinema has never seen.”

Indeed, the COVID-19 pandemic has complicated all sorts of matters in the industry, from filming delays for movies like The Batman, Matt Reeves’ highly anticipated take on DC’s legendary Caped Crusader, to the shuffling of major movie release dates as a result of pandemic-related theatre closures around the world. For Davenport, as challenging as delays were throughout See For Me‘s production, the pandemic did bring everyone on set closer together. “I felt like we all came back with [individual] stories from quarantine, and it just felt different than I think most sets, that had not gone through that process, would have been.”

In Canadian director Randall Okita’s thriller See For Me, Davenport plays Sophie—a former professional skier who lost her vision after a tragic accident—who takes a house-sitting job in a secluded mansion in the wilderness. During her stay, Sophie unexpectedly finds herself under invasion by a quartet of thieves looking for the mansion’s hidden safe. To survive, she uses “See For Me,” an app that connects visually-impaired users with volunteers throughout the country who see on their behalf. Fortunately for Sophie, the app connects her to army veteran and first-person shooter video game-enthusiast Kelly (Jessica Parker Kennedy).

With only the camera on Sophie’s phone, Kelly does everything she can remotely to help Sophie survive the home invasion.

A Step in the Right Direction

The home invasion film has been a staple sub-genre of cinema, dating as early as 1909 in filmmaking pioneer D.W. Griffith’s The Lonely Villa, which stars silent film legend Mary Pickford. Since then, the sub-genre has been naturally revisited time and time again with diverse storylines and protagonists, from a mother trying to protect her young daughter from burglars in David Fincher’s Panic Room to a father and daughter trying to survive the night in a supposedly haunted vacation home in the Elizabeth Olsen-led Silent House. What’s more, See For Me wasn’t the first to feature a blind character experiencing a home invasion: 1967’s Wait Until Dark starred Audrey Hepburn as a blind woman who falls victim to an elaborate con game while home alone.

Of course, what makes See For Me truly exceptional is that its blind protagonist is actually played by an actor who is also legally blind. “I think that’s a step in the right direction,” says Davenport, who also identifies as non-binary, and who experienced neurological vision loss due in part to hemiplegic migraines, a rare condition that mimics a stroke. In 2012, their condition ultimately led to an actual stroke, resulting in permanent vision loss. “Right away [aftering reading the script], I was like, wow, you don’t think of a film with so much action, especially when it affects mobility, as having a character with a disability as the main.”

The significance of their casting isn’t lost on Davenport, particularly after a year that saw multiple major studio projects feature characters with disabilities actually being played by actors with disabilities, like Marvel’s first deaf superhero in Eternals played by deaf actress Lauren Ridloff. “I think people are doing a phenomenal job,” they said in our interview. “It’s two steps forward, one step back, but keep walking on it as long as it’s the right lane.”

On Collaborating with Okita & Bringing Authenticity to the Movie

“Randall, first of all, is the best of the best. The whole team [too] was always like: ‘What can we tweak? What can we do?” said Davenport about the production team’s desire for authenticity. In fact, Okita spoke to Game Rant about his intentional casting process: “That was a big part of the formula for the team to be able to represent those experiences authentically and to involve somebody who could bring those experiences to the table.”

While Davenport can attest to the collaborative environment Okita fostered on set and the openness with which they were able to have a voice throughout the creative process, the actor foremost praises screenwriters Adam Yorke and Tommy Gushue for really capturing a blind person’s experience. “The script was pretty solid to begin with. There weren’t tons of adjustments that [needed to be addressed], like, ‘Hey, this isn’t going to play well, this isn’t going to be believable’—it was very well written,” they said. “I just got on the roller coaster. I didn’t have to make it.”

This ultimately afforded Davenport some relief—”Yeah, a tiny bit, for sure.”—and allowed them to focus on their performance, especially considering See For Me represents an important milestone for the L.A.-based actor. Indeed, while Davenport has built a substantial resume with small television roles and high-profile voiceover work in video games and animated series, See For Me effectively marks their major feature film debut in a leading role.

Sophie is Defined By More Than Just Her Disability

See For Me provides ample thrills and action sequences, but the fundamental appeal of the movie is certainly its protagonist. Sophie is someone who has suffered tremendous loss and trauma, which consequently makes her put up walls between herself and the people who care about her. She comes across as prickly at times, but you can’t help but care for her, especially when danger comes knocking. At the same time, however, Sophie does make choices—one of which is a pivotal plot twist—that you don’t necessarily agree with, that make you question whether or not you actually like her. And yet, phenomenally, you somehow still root for her. Of course, part of that is because Davenport is a magnetic presence on screen, but the other part of that is because Sophie, simply put, is a complex character.

“I call them ‘sprinkles,'” says Davenport of their goal in capturing Sophie’s anger from her vision loss, but also finding moments to bring in the audience. “It’s easy to get a character that’s jaded and angry, [but it becomes] sort of monotone and [not] interesting. So, I wanted to convey that pain and inner struggle [and draw] empathy from people.”

What’s significant is that Sophie’s blindness is hardly the main focus of her character. Historically speaking, movies that depict characters with disabilities all too often become stories with feel-good messages about the experience, veering dangerously close to “toxic positivity” territory. Indeed, See For Me places Sophie in real circumstances in which she does have real disadvantages, but it also allows her to be a fully realized, nuanced, and complicated person.

“There’s a time and place for those feel-good movies,” says Davenport. “I really liked that [See For Me] was more, ‘Here’s a story and this character just happens to have vision loss.’ That makes it interesting, as opposed to just focusing on [the disability]. I thought that that was just really beautiful.”