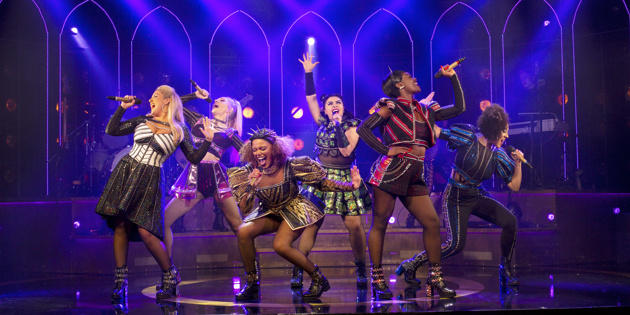 The West End production of Six has once again set new dates for its return to the stage. The musical will perform at London’s Lyric Theatre beginning on May 21, according to the show’s official Instagram account.

Six will play nine performances a week at the Lyric. Health and safety protocols, including face coverings for audience members, contactless ticketing and more, will be in place.

Written by Toby Marlow and Lucy Moss and directed by Moss and Jamie Armitage, the musical centers on the six ex-wives of King Henry VIII, who headline an electrifying pop-concert spectacle—flipping the narrative of the one-sided story from the history books.

The Broadway production, which had been scheduled to open on March 12, 2020 at the Brooks Atkinson Theatre, is still on pause. Updates on the U.K. tour will be announced later.

Shutdowns due to the coronavirus pandemic have not kept the Six queendom from their reign. Watch the video below to seethe show’s stars from productions around the world as well as over 3,000 fans.