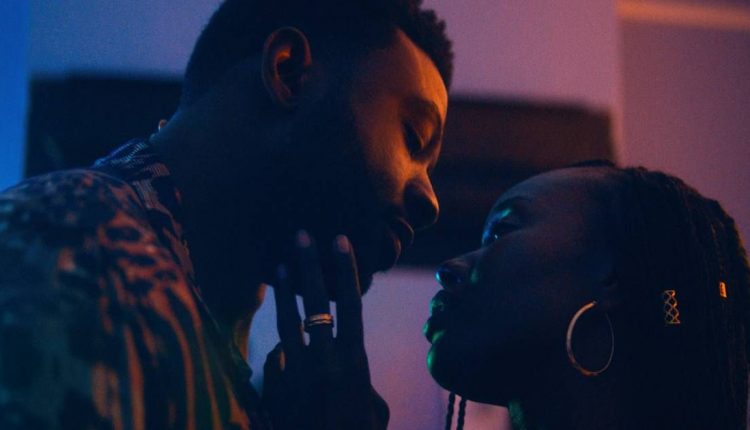 It was recently announced that director Nikyatu Jusu will be honored at Sundance in January. No surprise there, since Nanny was a big winner at the festival earlier this year. The film tells a tale of displacement as we follow Aisha (Anna Diop), an immigrant from Senegal who is hired to care for the daughter of an affluent couple (Michelle Monaghan and Morgan Spector) living in New York City. Haunted by the absence of the young son she left behind, Aisha hopes her new job will afford her the chance to bring him to the U.S. — but becomes increasingly unsettled by the family’s volatile home life.

Along the way, Aisha meets and begins dating a sweetheart named Malik, who’s played to perfection by Sinqua Walls. We recently caught up with Walls to learn more about the film and his other projects in the works.

MW: What was it about Nanny that attracted you to the project?

Sinqua Walls: I think overall, it was just the story in the script that Nikyatu [Jusu] created. She had already put something together that was amazing to read. And so you know, as an actor, and on the journey that I’ve been on, it’s always a desire of mine to be a part of stories that I think have the longevity and the legs to have the most success and reach the broadest audience and be intriguing and entertaining, like the things that I grew up wanting to watch. This was one of them. When I read it, I genuinely loved it and thought it was great and was inspired by it, and curious about it. Then, you know, [I] got the opportunity to work with Nikyatu and was like, “OK, what do we have to do to make this happen?”

MW: Nanny is a serious film, but your character has some fun moments throughout the story. What was your favorite moment on set or favorite scene to shoot?

Sinqua Walls: What’s interesting is one of my favorite moments is the scene that we do in the montage where she and I are driving. I think it looks beautiful. We had an opportunity to shoot outdoors in Washington Heights. For people that are familiar with New York, they know how magnetic and magic Washington Heights is. The people that don’t, they got to see it on the screen. I think it’s one of those places that people don’t shoot enough — probably rightfully so, because it’s still that untapped gem, you know? Not everyone’s saying, like, “We have a scene in the movie from Washington Heights.” But the community was there, they were supportive. The kids that were around were enjoying us being there. People were hanging out of their windows to watch what was going on. And like I said, the scene was just beautiful. It was a special moment for [my character] Malik and Aisha. That’s probably one of my favorite moments in the film.

MW: What was it like working with Anna Diop? Did you guys rehearse a lot together?

Sinqua Walls: What I was grateful for is — again, a testament to Nikyatu — we were able to have a lot of preparation and rehearsal time to really unpack our story but also just to get to know each other. I sometimes think chemistry on screen is just translated from being able to be in a space with someone offscreen. There was just a natural ease to working with Anna. She’s an amazing actress but also an even more amazing person… she’s always capable of walking in and saying, “What do we need to do here? How can we do it? And how can we do it together?” I think it shows, between the two characters, that we were just open to each other and supportive of each other. That’s what made it live. She’s one of my favorite teammates and scene partners I’ve ever had.

Prepping For the Role and Future Projects

MW: Did you draw on any personal experiences to prepare for this character Malik?

Sinqua Walls: It started with just the process of sitting down with my filmmaker and knowing that this character Malik has so many elements of men that have lived in her life, and then finding the parallel of like, “Who are these people in my life?” And then merging the two and understanding, you know, “What was the intention of what she wants his character to portray?” And once we got to that good melting pot, that was what it became. And like I said, it was really just speaking to Nikyatu and saying, “What do we want to do here? And what do you want to see?”

MW: Are there any other projects that you’re currently working on that you’d like to share about?

Sinqua Walls: Currently, I’m filming a movie called Carry On that has myself and a slew of other talented actors, some of which include Taron Egerton, Jason Bateman, Sofia Carson… And that will probably come out next year. It is a suspense thriller of a high-budget magnitude variety. I also recently completed a film called White Men Can’t Jump, which I’m really grateful and excited about. That’ll probably be out next year as well.

MW: Do you tend to gravitate towards a particular genre when deciding which project to do next?

Sinqua Walls: If the script’s good, I’m all for it. I don’t have a favorite food — if the food tastes good, put it on my plate. That’s how I roll. [laughs]

Nanny will be available on Prime Video on December 16.