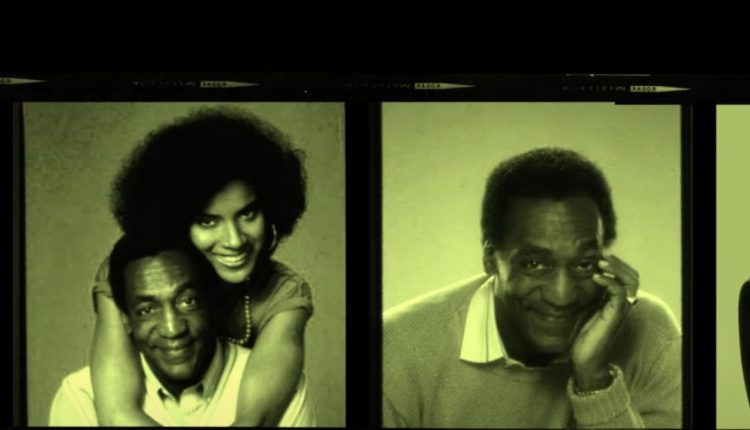 We Need To Talk About Cosby. Do we? How a person may respond to the statement depends on who they are, and will determine whether they even watch this new documentary series from Showtime. Some people will respond with a resounding no, “we don’t need to talk about Cosby,” considering the scandal became global news back in 2014 and the world has since shifted its outrage onto so many other individuals and situations. Some people will enthusiastically reply, “yes, absolutely, there’s so much more to say about Bill Cosby.”

W. Kamau Bell’s series will probably not change any minds or draw in any naysayers, the way that diehard Republicans probably aren’t excited about seeing a Michael Moore movie. These people might say that they know everything about Cosby and his case already and that it’s old news. Documentaries have a tendency to shake up the past and exhume dead stories, though, much like O.J: Made in America or Surviving R. Kelly reignited passionate opinions, anger, and interest. We Need To Talk About Cosby may do the same thing, if only because it’s an expertly constructed example of long-form documentary.

Bell is no stranger to sparking controversy and asking tough questions. The sociopolitical comedy of his series Totally Biased and his (seven-time Emmy nominee and three-time winner) program United Shades of America both take on a litany of difficult, complicated, and very American questions, and We Need To Talk About Cosby is no different. While Bill Cosby is undoubtedly the focus of the entire show, the disgraced former superstar becomes a kind of microcosm through which Bell (and myriad interviewees) can discuss race, rape, cultural shifts, and the perennial question, “can you separate the art from the artist?”

Related: We Need To Talk About Cosby Trailer Chronicles the Comedian’s Downfall on Showtime

The documentary uses editing brilliantly, combing through the comedian’s work over the course of half a century (through stand-up albums, TV shows, commercials, movies, interviews, speeches) in order to provide a fuller, broader picture of Bill Cosby than anything has before. The editing also locates hints, clues, and other bread crumbs left throughout Cosby’s career trail which act as evidence leading to his crimes, and are confirmations of his character.

Interviews with a vast spectrum of individuals is the other great boon to the show. Bell talks to just about everyone– former co-stars and friends of Cosby, his rape and assault victims, his biographers and showrunners, lawyers, psychologists, sex therapists, professors, forensic specialists, magazine editors, journalists academics, and even a specialist on pharmaceuticals and psychotropic drugs. Combined, the varied subjects create a kaleidoscopic, often postmodern perspective, seen from the very beginning. Belle asks, “Who is Bill Cosby now?” in the opening scene. The editing cuts through a plethora of responses, groans, and chuckles. “Deep black girl sigh,” one woman says. “Oh boy,” a man begins, while another asks himself, “Should I even be talking about this?” One woman ends the sequence succinctly. She says, “He’s a rapist who had a really big TV show once.”

There seems to be a different Bill Cosby for different groups of people. What makes talking about Cosby difficult remains different for everybody. Some aforementioned people just don’t want to talk about him at all, for whatever reason. The discussion which does take place seems fundamentally different between white folks and people of color, though. The awkward pain of a Cosby conversation is more palpable for Black people, especially those who grew up with the once-beloved comedian and actor. We Need To Talk About Cosby painstakingly lays out the groundbreaking importance of the man’s career, which began with being one of the first Black individuals to perform stand-up comedy on national television, and the first to star in a weekly drama series (and the first to win an Emmy), in I Spy. He elevated Blackness in popular culture to a level of dignity, sophistication, intelligence, and grace which was sorely lacking in the media landscape before him.

His accolades don’t stop there, however. He was nominated for a Grammy Award every single year from 1964 to 1973, winning eight times (six of them in a row). His album To Russell, My Brother, Whom I Slept With has been ranked first by Spin and called “stand-up comedy’s masterpiece,” His theatrically released stand-up set Bill Cosby: Himself is considered the greatest comedy concert film of all time, with GQ chronicling the praise it’s received by famous comics like Jerry Seinfeld, Sarah Silverman, Ray Romano, and Larry Wilmore (who said “I don’t think there was a better one before it, and I don’t think there’s been a better one since”). He was a clean comedian, he hosted numerous shows, he donated millions upon millions of dollars to Black causes and colleges (including a single $20 million donation to Spelman College, a Black women’s college), fought for education, and created the first cartoon with a Black cast. Perhaps more than this (or because of this), however, is the fact that he was utterly trusted and adored in a paternal sense. He was literally loved by millions of people who knew him as “American’s Dad.”

Yet, We Need To Talk About Cosby shows in meticulous detail how, behind the public persona, lurked a predator who had consistently raped and/or assaulted over 60 young women (and likely many more) over the course of his career, beginning at the Playboy Mansion. What the series is particularly great at is providing an excellent analysis of sexual assault, from how it happens to how it is perceived. Through interviews with therapists, doctors, lawyers, forensic experts, and survivors, the show really explains and answers many of the questions often asked about rape culture– why some women don’t come forward, how a person can get into that situation, and how to know who to believe. Without being condescending or bitter, the series addresses everybody (including victim-blamers) and lays out a concise case as to how these things happen, why the culture has allowed them to happen, and how to prevent them from happening.

Related: Bill Cosby Speaks Out After Prison Release: I Have Always Maintained My Innocence

It’s especially interesting when the show goes into detail about people’s disbelief over Cosby and his crimes. Highlighting a variety of experiences that have made Black Americans mistrustful of anytime a Black man is culturally attacked or “Emmett Tilled,” We Need To Talk About Cosby is uniquely focused on Black audiences and how they wanted a mainstream hero and positive expression of Black excellence so badly that some ignored the signs pointing to Cosby’s guilt. Heroes are hard to shake; once someone is beloved and nearly worshipped, practically anything they do can be justified.

Of course, the series rightfully takes it for granted from the beginning that Cosby is guilty of rape (something which a court had determined), but even anyone who still experiences doubt would most likely still be swayed by the end of these four hours, even before this infamous section from his deposition:

Q: So, you’re not telling us that you verbally asked her for permission?

Of course, Cosby was released from prison in mid-2021 when the Pennsylvania Supreme Court overturned his conviction because of this very testimony; the deposition was unsealed by the judge at the time, which was later considered to be a broken deal with the prosecution. Bell films this in real-time, the cameras observing him while he checks his phone and realizes that the very subject he’d been creating a four-hour documentary about had just screwed up his ending.

The final episode of We Need To Talk About Cosby contains some of its most fascinating and emotional moments, interviewing people while Cosby was still imprisoned and directly after he was released. It is interesting that, while they despise him, most of the women in this film weren’t overjoyed or delighted to see him in prison. One simply remarks to her husband, “this sucks,” lamenting the sad fact that an entire nation and one of its strongest groups of people had been so let down by the heartbreaking disintegration of their hero. Others comment about the broken justice system, and how sex offenders and rapists don’t get much of any help or reform in prison to guide them into being a better person and never abusing someone again, but instead are mostly sent away to rot. “Bill Cosby going to prison isn’t justice when we still have an entire system that supports rape culture, and doesn’t believe women when they say they’ve been sexually assaulted or raped,” Bell mourns, and the documentary series reveals itself as something vastly more mature than some petty schadenfreude or episode of cheap true-crime.

Belle is a good, compassionate interviewer, but the editing is the real star of the show here, and it’s brilliant at mining overlooked and forgotten material over the course of five decades, and matching it up to various interviews and testimony. Recordings from his stand-up material about ‘Spanish Fly’ (a date rape drug which makes women unconscious), his weird joke in The Cosby Show about his ‘special barbecue sauce’ which makes women woozy, his uncomfortable gestures and strange responses in interviews– these are just a few of the insanely large amount of examples We Need To Talk About Cosby gives audiences as a complete portrait of a predator as television has ever seen. A potential viewer may disagree, but We Need To Talk About Cosby makes a strong case for why this conversation hasn’t ended.

Jensen Ackles and Supernatural co-star Jared Padalecki briefly fell out over the prequel series, and Ackles has revealed why that happened.

What's on TV Monday: 'Snowpiercer' on TNT; 'March' on the CW; 'Secrets of Playboy' on A&E

A Youthful Elegy on Personal Relationships