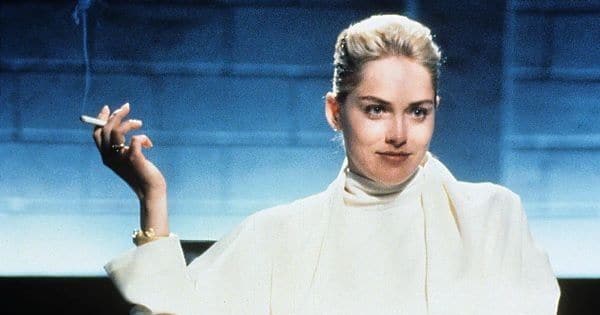 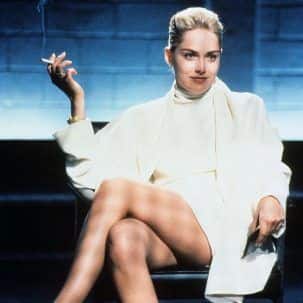 Popular Hollywood actress Sharon Stone, who delivered several memorable roles in her career of over four decades, is still popular among the audience for her cross-legged scene in Basic Instinct, where she portrayed the character of a murder-suspect crime novelist. While that clip has turned iconic, the actress revealed that she was tricked into removing her panties for that scene in her upcoming memoir, The Beauty of Living Twice, which will be out later this month. Also Read – Have you checked out Sharon Stone’s nude photoshoot for Harper’s Bazaar!

Sharon Stone revealed that it was a terrifying experience for her as he had no idea that her private parts would be exposed until she saw the film for the first time with a room full of agents and lawyers. “That was how I saw my vagina-shot for the first time, long after I’d been told, ‘We can’t see anything—I just need you to remove your panties, as the white is reflecting the light, so we know you have panties on.’ Yes, there have been many points of view on this topic, but since I’m the one with the vagina, in question, let me say: The other points of view are bulls–. It was me and my parts up there,” the actress wrote in the book. Also Read – What is Sharon Stone doing in India?

The actress further revealed that she slapped the director and immediately called her lawyer. “I let Paul (the director) know of the options Marty had laid out for me. Of course, he vehemently denied that I had any choices at all. I was just an actress, just a woman; what choices could I have? But I did have choices. So I thought and thought and I chose to allow this scene in the film. Why? Because it was correct for the film and for the character; and because, after all, I did it,” recalled Sharon. Also Read – Sharon Stone talks about films, fitness and being a mother!