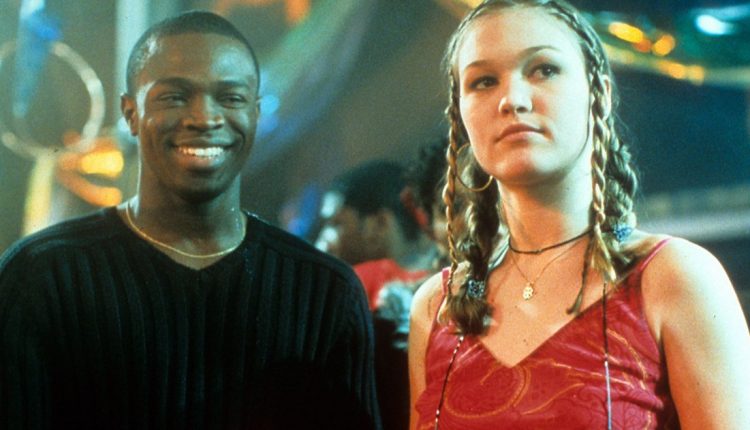 Two decades after the release of Save The Last Dance, stars Julia Stiles and Sean Patrick Thomas say they’d be open to revisiting the characters for a reunion as they reflect back upon the 2001 dance movie. Just days ago marked the 20th anniversary of the movie’s premiere in theaters, and the two stars spoke about their experience working on the movie in an interview with E! News. When asked about the possibility of reprising their roles for a new project, Stiles and Thomas were open to the idea.

Julia Stiles joked, “I’m envisioning, like, me doing the Debbie Allen character in Fame, where now she’s a dance teacher and she’s smacking her cane against the ballet bar. And then, I don’t know.”

For his part, Sean Patrick Thomas says he’s actually put a lot of thought into where their characters have ended up since we last saw them in 2001. One idea he’s thought is that maybe Derek opened up his pediatric practice near the stage where Sara performed, though he admits that it’s difficult to imagine a good story for them.

“I can never think of something that sounds plausible,” Thomas explained. “Unless, they ended up getting married somehow. But that seems too easy. So it’s tough for me to kind of wrap my brain around how that would come to pass. But, you know, if somebody had a good idea, I’d definitely take a look.”

With her own pitch, Stiles adds, “They’d run into each other at, like, the grocery store, and both have their adult lives and then you take it from there.”

Save the Last Dance was written by Duane Adler and Cheryl Edwards and directed by Thomas Carter. The movie stars Stiles and Thomas as a teenage interracial couple working together to help Stiles’ character prepare for an important dance audition. It was a hit at the box office, knocking off Cast Away to debut in the No. 1 spot when it premiered and ultimately grossing more than $131 million. A direct-to-video sequel was released in 2006, though Stiles’ role was recast and Thomas did not appear.

This week, Stiles also acknowledged the 20th anniversary of Save the Last Dance by posting a photo of the cast on Instagram. In the caption, she writes, “Holy smokes. 20 years ago. This movie changed my life. I had no idea people would still be talking about it, but that is what you hope for as a performer. We snuck some pretty big things into that teen dance movie! (Chenille was schooling Sarah on ‘White Privilege’ before we even had a term for it) But, um… can I please have a do-over on my braids? Cool.”

As for what’s next for the Save the Last Dance stars, Stiles is currently working on Esther, a prequel to the 2009 horror movie Orphan. She also stars on the Sky Atlantic series Riviera. Meanwhile, Thomas can be seen in Joel Coen’s upcoming Macbeth movie alongside Denzel Washington and Frances McDormand. This news comes to us from E! News.