Russell Hornsby on Playing Real-Life Characters, From the BMF Dad to Don King 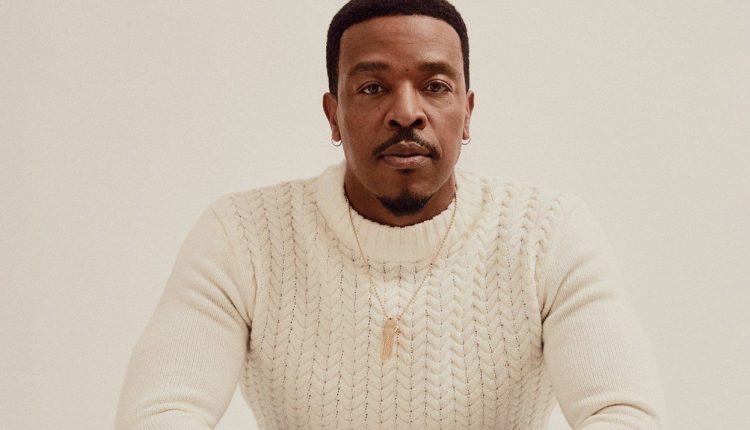 Russell Hornsby feels responsible. While he obviously takes responsibility for who he is and what he does, the BMF and Grimm actor also assumes responsibility for the truth, however slippery that term may be. “The saying goes,” he ruminates, “you can’t lie in life and tell the truth on stage.” Though people have been asking “what is truth?” since Pontius Pilate, Hornsby seems to seek it out within specific human experiences, especially in the people he’s met and learned from along the path of his career. The star is passionate about truth-telling in the sense that his performances are representative of real people and authentic experiences. He was raised with this reverence for the truth and a sense of responsibility owed to it and others:

It was always about being your best self, having integrity, you know, telling the truth, and all of those kinds of things. And so that’s what shaped me. When you leave home at 18, the people in your neighborhood, the Post Commander, the garbage worker, friends and family, they always talk about [that]– When you leave, wherever you go, remember, you’re representing. And so you leave with that, and then that just continues to feed into the work […] I know that if my work isn’t of a certain depth at a certain level, I have to answer for that. And it’s not just the community of Hollywood, it’s more my friends and my family who have been supporting me and following me my whole life. I mean, because of that, it’s like my charge is to just be as honest and integral as I possibly can in all the work that I do.

Hornsby is humble in this fashion, and the dichotomy between humility and being a leading man can often be a difficult road to traverse. The actor has been doing it well, though, gradually moving from great supporting parts in early 2000s television (Gideon’s Crossing, the underrated ESPN drama Playmakers) to leading roles in the beloved series Grimm and Lincoln Heights. With those shows gone, television executives have been struggling to find the perfect fit for the actor, with Lincoln Rhyme, Proven Innocent, and the astounding Seven Seconds (which was, admittedly, a limited series) all lasting only one season despite his strong leading performances. Leave it to Curtis “50 Cent” Jackson, then, to help develop the perfect vehicle for Hornsby with Black Mafia Family, or BMF, on Starz.

The performance and series have become a massive hit for the network, which renewed it a mere four days after the show’s premiere; the network is also now developing a documentary series based on the true story behind Black Mafia Family, the notorious and extravagant money laundering and drug operation. The showrunner for Hornsby’s new series is Randy Huggins, who wrote for David Mamet’s excellent The Unit, and who is bringing the best out of Hornsby. He gives the actor room to tap into his character, who is based on the father of the family. Again, as always, Hornsby is interested in the truth, having spoken to the real-life matriarch of the actual Black Mafia Family, Lucille Flenory. “She really gave me an in-depth look at some stories [and] about what it was like raising those kids at that time.” He also located truth at the heart of the American experience during the rise and fall of the Flenory family, and the desperation of trying to survive in the country:

What I really think we’re trying to do, and what I attempted to do, actually, was bring the truth about where America was in the ’80s, and the truth about how American society and government failed its populace, basically […] You’re talking about men, or people in these rust belt cities, where industry left, so much like what we’re dealing with now in America. And they’re out their looking at people saying, “why can’t you just pull yourself up by your bootstraps?” Well, [it’s because] you let us down. You took industry overseas, you took the industry to China, industry to Mexico, and now we don’t have a proper means of which to support and build our families, and this not only affected Black families, but affected the whole country. And so my interpretation is to try to show that there were hardworking men and women, mothers and fathers who were trying to do their best but couldn’t because of how America failed. Not just the people themselves; there was a country that failed.

It seems as if Hornsby will even be more present in the second season, stating, “Huggins [has been] giving me very specific and very clear character points that we’re going to try to hit for next season and sort of enhanced the character and his presence a bit more.”

Charles Flenory isn’t the only real-life figure who Russell Hornsby will be portraying with authenticity (and in an effort to tell the truth about the American experience). The actor will also be playing infamous boxing promoter Don King in the upcoming Hulu series Iron Mike. For Hornsby, the challenge isn’t simply in playing such a notorious figure, but rather in understanding that this version of King is only one sliver of truth in the multifaceted man’s experience. The most difficult part of telling the truth is understanding whose truth you’re telling.

[Iron Mike is told] through the lens of Mike Tyson, not through the lens of Don King. So when you look at it like that, Mike saw different kinds of Don King […] meaning that you might see more of the carnival barker, the ‘PT Barnum’ of it all. We know that it’s there, but what is underneath that? Right? What is behind that? Who was behind that? That’s my charge, for me. That’s the charge that I choose to take.

There is a lot of responsibility to portray a real person; so far, Hornsby has been honoring the individual he represents by navigating the submerged truths beneath interpretable surfaces. The fact that he may be “very nervous” is only indicative of the level of responsibility which he feels in playing a real person like Don King.

We see the clown, if you will, we see the guy who is, like I said, the carnival barker. But what was underneath that was a man born and raised in Cleveland, going to jail for four years for murder. What has he learned while he’s in prison that makes him make a decision to change his outlook on life, to change how he approaches business, how he takes different opportunities, and basically becoming a Rumpelstiltskin of sorts, spinning straw into gold, right? But there’s something underneath that that’s more than just “Oh, yeah, that’s Don King with the crazy hairdo, talking crazy.” There was a genius in what he did, right? So what I’ve tried to do is to tap into that genius, and give us something underneath.

Perhaps most hidden truths are in the details, the unmentioned minutiae of each person. Hornsby has an eye for picking up these little characteristics and assimilating them into his performances in order to reveal a more authentic experience. Like a collector of subjectivity, he seems to have acquired myriad fragments from the life he’s lived and the people he’s loved:

Because the characters I play [are] based on real people. In a way, I’m drawing from people that I know that, from people whom I’ve met. So in a sense, I’m honoring them by taking little, little pieces of their personality, or what have you, to create a character.

With a gaze fixed on truth, Hornsby discovers details in everyone, as if he knows that there is some kind of authenticity hidden in the periphery and that he is responsible to manifest it through acting. He uses this beautifully with Don King, when he says, “the one thing I always noticed about Don King, doing research and whatnot, is that the man never stopped smiling. People would call him every name but ‘a child of God.’ But he never stopped smiling.”

With his episodes of Lost in Space‘s final season garnering “1.01 billion minutes watched” and his show Black Mafia Family earning the #1 spot on the Starz app, Russell Hornsby has been responsible for entertaining millions, and that’s the truth.

R Madhavan Needs To Be Fit Like Hrithik Roshan To Star Opposite Katrina Kaif, Says “We Both Started Off At The Same Time”