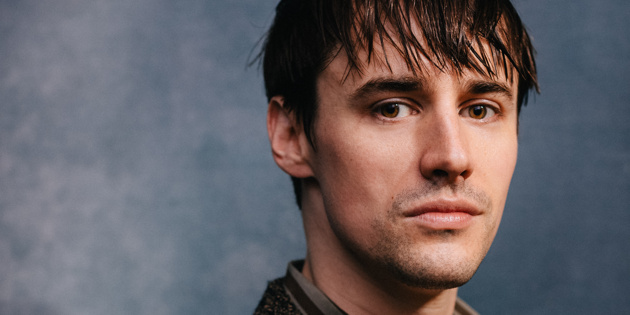 Hadestown star Reeve Carney is heading to the big screen. Carney will take on the lead role in the upcoming Jeff Buckley biopic Everybody Here Wants You, according to Variety. Directed by Orian Williams, the movie has full support of the Buckley estate and access to Buckley’s music. Tom Butterfield will produce the film with Buckley’s mother, Mary Guibert, and Alison Raykovich, manager of his estate and VP of Jeff Buckley Music.

Buckley was a singer, songwriter and guitar who first gained fans by playing cover songs at clubs. In 1994, he released his first and only studio album, Grace, which skyrocketed him to fame. In 1997, Buckley drowned at the age of 30 during a spontaneous evening swim in the Mississippi River. Since his death, there have been many posthumous releases, including his unfinished second album My Sweetheart the Drunk and the Live at Sin-é EP. Buckley received a posthumous Grammy nomination in 1998 and topped Billboard’s Hot Digital Songs in March 2008. Rolling Stone included Grace in its list of the 500 Greatest Albums of All Time and Buckley in their list of greatest singers.

“This will be the only official dramatization of Jeff’s story, which I can promise his fans will be true to him and to his legacy,” said Guibert in a statement. “Thankfully, my determination to assemble all the right participants, no matter how long it took, is about to culminate in the best way possible.”

Carney, who starred as Orpheus in Hadestown prior to the Broadway shutdown, is a successful musician both with his band Carney and as a solo act. He is a Grammy Award winner for Hadestown and made his Broadway debut as the title role in Spider-Man: Turn Off the Dark. He is also known for his screen credits, which include Penny Dreadful and The Rocky Horror Picture Show: Let’s Do the Time Warp Again. Carney is set to appear in the upcoming Lady Gaga-led Gucci film.