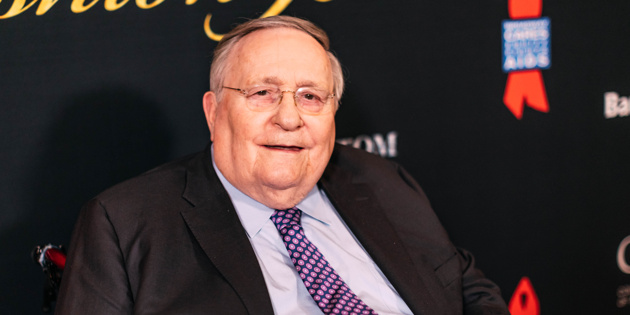 Philip J. Smith, an executive of the Shubert Organization, who ascended to its most powerful position after over 50 years at the company, died on January 15 in New York City. According to his daughters, Linda Philips and Jennifer Stein, Smith died of complications from COVID-19.

“We have lost a giant of the American Theatre and a most beloved member of our Shubert Organization family. Over his 63-year career, Phil Smith influenced every aspect of the professional theater and earned the respect and admiration of everyone from the stage doormen to the greatest performers and creative talents of our time,” Robert E. Wankel, Chairman and CEO of The Shubert Organization, said in a statement. “He was devoted to his work, his friends, his colleagues and above all, his family. On behalf of the Board of Directors, the officers and staff of the Shubert Organization, I extend our sincere condolences to his daughters, Linda and Jennifer, and the extended Smith family.”

“Phil gave me 25 years of friendship, support and wisdom. I will miss him greatly as will the whole team at JGO and Broadway.com,” said John Gore, owner and CEO of the John Gore Organization.

Smith ascended to the positions of chairman of the Shubert Organization in 2008, replacing Gerald Schoenfeld after his death; he was co-chief executive officer, sharing that title with Wankel. He announced his retirement in June. As a leader of the important theater organization, Smith oversaw 17 Broadway and two off-Broadway theaters, producing over 60 Broadway shows during his tenure as chairman, including the Tony-winning productions God of Carnage (2009), Once (2012), Hedwig and the Angry Inch (2014), The Curious Incident of the Dog in the Night-Time (2014), Skylight (2015), The Humans (2016), Dear Evan Hansen (2016), The Band’s Visit (2017) and Angels in America (2018).

Smith, who garnered a reputation as a quiet-spoken executive, began working for the Shubert Organization as a ticket seller at the Imperial Theater in 1957, rising through the ranks of the company and becoming a familiar presence behind the scenes on Broadway as general manager. In 1979, he was appointed to the post of executive vice president after becoming an instrumental force in modernizing Shubert’s ticket sales and pioneering the use of computerized box-office procedures in theaters. In 1996, after the passing of Bernard Jacobs, Smith took on the role of president of the Shubert Organization, joining Schoenfeld at the reigns of Broadway’s most influential landlord. ”I know of no one who has more knowledge of the theater business than Phil,” Schoenfeld said in 1996 after Smith’s appointment. Smith, who was mentored by the legendary producing duo of Schoenfeld and Jacobs, said that succeeding Jacobs was bittersweet. “The loss of Bernie was a loss for me on both a personal and a professional level,” he said. “On the other side of it, if Bernie were here, I’m sure he would be delighted.”

Smith was a longtime member of the Executive Committee of the Board of Governors of the Broadway League, the national trade association of the theater industry. He served as Vice Chairman of the Board of The Actors Fund and was a primary force in the creation of The Shubert Pavilion, a four-story addition to The Actors Fund Home in Englewood, New Jersey, specializing in short-term rehabilitation therapy. He also served on the Board of Trustees of Broadway Cares/Equity Fights AIDS and was a leader of Catholic Senior Services. He received the Panis Vitae meritorious Service Award from Catholic Charities and was honored for Lifetime Achievement by the UJA. He was a member of the Knights of Malta and a recipient of the Ellis Island Medal of Honor.

In 2011, Mr. Smith was honored with a special Lifetime Achievement Tony Award in recognition of his extraordinary contributions to the theater industry. In 2015, he was inducted into the Theater Hall of Fame and honored as a Living Landmark by the New York Landmarks Conservancy.

He is survived by his two daughters and five grandchildren.