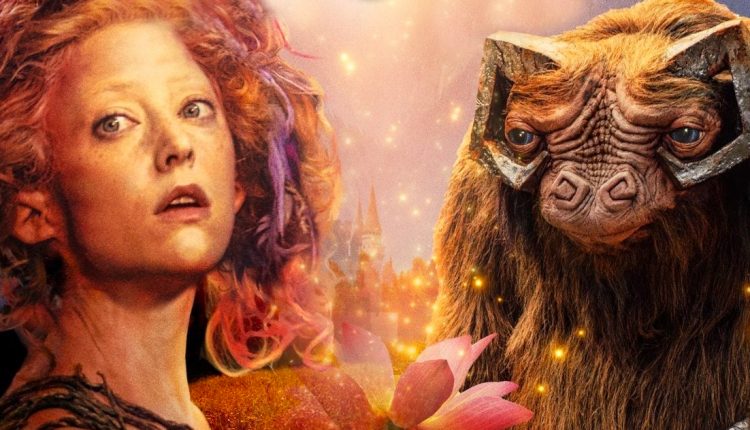 Harriet Slater, best known for her role as Sandra Onslow on TV’s Pennyworth, gives us the scoop on her new film, Emily and the Magical Journey – a Never-Ending Story-esque fantasy film that’s now available on DVD and Digital from Uncork’d Entertainment.

Harriet, how’s your year been?

Harriet Slater: It’s been up and down in many ways, as I imagine it has been for most people! I’ve spent the majority of it at my home in North London, making my way through a long list of films and series and baking obscene amounts of banana bread. I’m not sure why, but that became a massive trend over here during lockdown.

Has your work been affected at all from the pandemic?

Harriet Slater: It’s been a really rough year for a lot of industries and the arts are definitely no exception. We were about a month into shooting Season 2 of Pennyworth when everything got shut down, which was tough. But the producers were wonderful and stayed in touch over lockdown, and thankfully we were able to pick it back up again at the end of August.

Are you still shooting Pennyworth?

Harriet Slater: We’re a couple of weeks away from wrap. We’ve just gone into a second UK lockdown, but this time we’re able to continue shooting because of the regulations the studio now has in place. It’s been a very different experience shooting in a post-Covid world. It’s usually so sociable and I still can’t get used to the lack of hugging! But I feel safer on set than I do anywhere else at the moment. I can’t wait for Season 2 to be released.

What a wonderful character Sandra is. What are the funnest aspects of playing her?

Harriet Slater: Wow that’s a hard question, I have so much fun playing her. Pennyworth is my first TV job and to be honest I still find just being at the studio stupidly exciting. But that’s cringe so I’ll keep that to myself.

I’m a big fan of the 60s fashions, so I love the costumes and the hair and makeup. Sandra’s style has changed quite a lot in Season 2, so that’s been fun to play with. I want her entire wardrobe.

I’ve also really enjoyed the singing aspect of this season, which is something I’ve done for fun since I was a kid but never professionally. That’s been a great experience in itself. I’ve become completely hooked on 60s playlists. My most-streamed artist last year was Cilla Black, which wasn’t surprising because she’s usually playing in my trailer before I go to set.

Were you familiar with Batman’s rich comic history when you signed on for the project?

Harriet Slater: I had a lot of appreciation for its success, but I’ve never been a comic book reader, so that world was new to me. I thought I understood the popularity of the franchise, but since getting the job and becoming more familiar with it, I’ve realised how much it means to people. I’ve discovered quite a few followers in my own circle of friends too. The fandom knows no bounds.

Film-wise, you shot Emily and the Magical Journey just before getting the job on Pennyworth I believe?

Harriet Slater: That’s right, we shot “Emily and the Magical Journey” in the Summer of 2018. I auditioned for Pennyworth in November that year and got the job in December, which was a nice Christmas present!

And how did you get involved in the film?

Harriet Slater: It was the fairly typical process of being asked to send in a tape and then being called back for in-person auditions. At both my recalls I read and improvised with actresses who were being seen for the role of Emily, which was really fulfilling because we were able to explore the characters and discuss the scenes with the creative team, who flew over from Sweden for the final round.

It’s very reminiscent of an ’80s classic, The NeverEnding Story.

Harriet Slater: Yes! I have vivid memories of watching that film as a kid and being swept away by the magic of that world. “Emily and the Magical Journey” is similar in its sense of adventure and its design, which will hopefully really capture kids’ imaginations. It’s a beautiful film with wonderful messages about facing your fears and reconnecting with your inner child. I think it’s come at the perfect time because we could probably all do with a bit of escapism right now and a reminder to stay hopeful and playful.

I imagine the lavish sets would’ve been dreamy to be on?

Harriet Slater: My role in the film is Emily’s nanny, Kayla, and my scenes take place in the “real world” – so unfortunately I didn’t get to spend any time on those sets. I know that Marcus, the writer / director / producer – the man is a machine! – didn’t want to limit his imagination when he was writing the story by worrying about the practicalities of shooting. The sets and costumes and puppets are fantastic and do a wonderful job of bringing the world that he imagined to life.

And were you working with a lot of puppets and hand-made characters?

Is it hard to suspend disbelief as an actress or were you able to immerse yourself in this character, and her world, fairly easily?

Harriet Slater: Being able to explore the character and her relationship with Emily throughout the audition process really helped with feeling like I knew her by the time we came to shoot. Tipper and Jenny are brilliant actresses who were great to work with and it was a really supportive and relaxed atmosphere on set, which made the process a lot easier.

What’s coming up for you?

Harriet Slater: Well, Pennyworth is being released on Epix next month, which is exciting, but other than that it’s hard to say because the world is so unpredictable right now! I have a couple of projects potentially in the pipeline but nothing is set in stone. In the immediate future I’ll be baking my way through lockdown 2.0. I’ve made enough banana bread this year to last a lifetime.

What To Do (Without Broadway!): A Day-to-Day Schedule | Srtalent

Russell Brand On Death On The Nile Co-star Ali Fazal: “Had The Best Damn