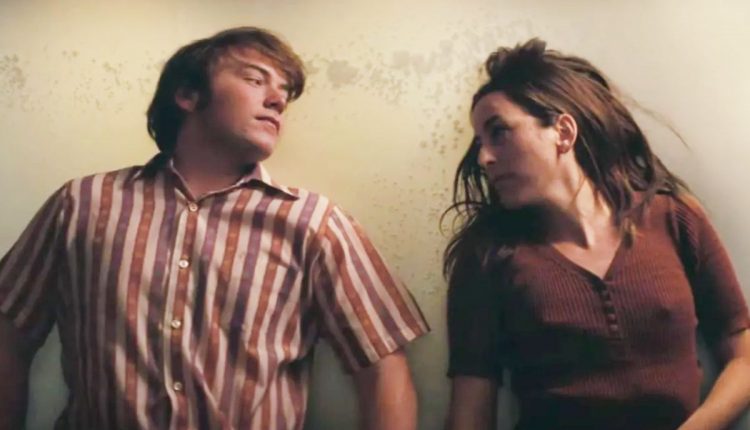 An intrepid teenage actor and aimless young woman find love in a mesmerizing seventies coming-of-age story. Licorice Pizza will have your eyeballs glued to the screen. Writer/director Paul Thomas Anderson, in one of the most entertaining films of his brilliant career, takes two very different characters on a quirky journey to realization. Some parts are uneven, but the fantastic chemistry between novice leads makes up for the narrative meandering. Anderson skillfully skirts controversy by glossing over their age difference. This definitely wouldn’t have been possible if he had an older man pursue an underage girl.

Licorice Pizza takes place in early seventies Southern California during the oil crisis. Fifteen-year-old Gary Valentine (Cooper Hoffman) is instantly smitten by a bored photography assistant during his class yearbook session. Twenty-five-year-old Alana Kane (Alana Haim) hates her job, station in life, and the nerve of a high school boy hitting on her. Gary tries to impress her with his slightly famous resume as a child actor. Alana isn’t impressed by his boasting, but does find his confidence refreshing. A dinner “date” leads to a burgeoning friendship.

Alana becomes a key part of Gary’s entrepreneurial adventures. She takes Gary’s attraction for granted until other girls his age start to enter the picture. She wonders if she can ever be an adult if a kid is her best friend. Conversely, Gary wants to prove to her that he has the maturity and ambition to succeed as a businessman. Jealousy, crazy hijinks, and strange encounters threaten their relationship. But there’s something magnetic between them that keeps Gary and Alana firmly in each other’s hearts.

Paul Thomas Anderson struck gold casting Licorice Pizza. Cooper Hoffman, the son of deceased Oscar winner Phillip Seymour Hoffman, who Anderson directed in The Master, marvels in his feature film debut. The apple certainly did not fall far from the tree. Hoffman’s scenes auditioning for child actor roles are hilarious. Musician Alana Haim, also in her first film, smolders with an alluring energy. Anderson sexualizes her appeal to a point, but her character has a complex personality that invites intrigue. Hoffman and Haim work well as an odd couple. Their laughter, bickering, and somber moments together feel natural. Both performances deserve critical acclaim and will be in award season contention.

Licorice Pizza is chock full of oddballs and unexpected turns. Paul Thomas Anderson (Boogie Nights, There Will Be Blood) never fails to disappoint with strange twists. The film goes in many different directions. All roads veer back to the romance at the center, but a few subplots feel extravagant. Sean Penn and Bradley Cooper nearly steal the show with their antics. Anderson allows them to go over the top with extreme comic relief.

I dug this film from the first frame, but have to bring up the ten year age gap. Imagine if roles were reversed and Alana Haim was the teen entranced by an older man. Their time alone together would not be considered aw shucks sweet, even if it wasn’t physical. Therein lies the rub. I honestly don’t think audiences will have an issue, but it’s an obvious contradiction worth stating. Licorice Pizza is produced by MGM, Bron Creative, and Ghoulardi Film Company. It is currently in select theaters with national distribution on Christmas Day from United Artists Releasing.

The Undertaker Names His Mount Rushmore of WWE Legends

Humble enough not to include himself, the Undertaker has four names he feels are perfect for WWE’s Mount Rushmore.