Paul Scheer Talks Archenemy, How Did This Get Made, Marvel’s 616 and Lots More [Exclusive] 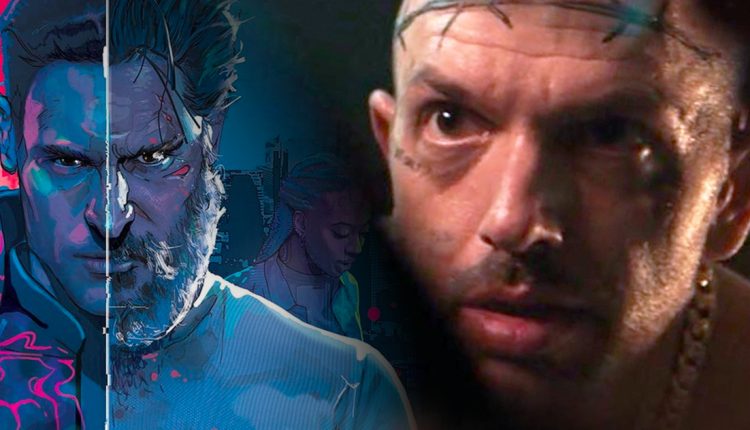 There are cameos. And then there is the Paul Scheer cameo. A fan favorite for his work on The League and renowned for his podcasts How Did This Get Made? and Unspooled, the comedic force of nature drops into Archenemy like a shotgun to the face. He doesn’t stick around for long, but he plays a key role in the story. And in turn steals the show.

Paul Scheer may not be immediately recognizable as the greasy thug Krieg, kicking off the second act of Archenemy like an atom bomb, but as soon as he flashes his trademark smile, it’s instantly obvious that we’re in for a real treat. He gives the kind of performance that gets remembered in genre cinema, and pulls viewers in for repeat viewings. He’s a small cog in the machine that director Adam Egypt Mortimer has built, but a very important cog none-the-less.

Archenemy is what happens when a big budget blockbuster superhero movie gets purposely turned into a low budget affair. And it burns with a feisty energy that is both thrilling and shocking as everything plays itself out. The main story centers around Joe Manganiello, who may or may not be a real-life superhero posing as a street nomad who likes the occasional drink.

Max Fist (Manganiello) claims to be a hero from another dimension who fell through time and space to Earth, where he has no powers. No one believes his stories except for a local teen named Hamster. Together, they take to the streets to wipe out the local drug syndicate and its vicious crime boss known as The Manager, played by Glenn Howerton. Paul Scheer’s Krieg is a member of this drug syndicate, and he inadvertently sets off a chain of events that he’ll never get to witness play out for himself. Because the guy? He’s not really all there.

But Paul Scheer sure is. He’s been with us throughout the pandemic, offering up new episodes of both his podcasts How Did This Get Made? and Unspooled. He always has a texting app for fans where he shares movie picks and other exciting news, serving as a spotlight in the fog of constant stay-at-home orders for people looking for some new entertainment.

Paul Scheer recently caught up with Paulington James Christensen III for a chat about his glorified cameo in Archenemy, which, adorned in red hot short shorts, is truly a sight to behold. He delves into his love for director Adam Egypt Mortimer and his stylistic choices seen in the movie. Scheer is a student of film, both of the most esteemed classics and the highest trash ever concocted. He is also a huge comic book fan, so all of this went into account when tackling the role of Krieg, and making it something truly special for fans of the superhero genre.

Paul Scheer also gives us updates on his other works in progress, while sharing insight into his How Did This Get Made? podcast. He opens up about his recent work on the Disney+ series Marvel’s 616, which includes his documentary Lost and Found, while delving into his quest to play a Marvel character and what that means to him. He also gives us one hilarious story about Christoper Nolan’s Tenet and watching the movie at a drive-in with his wife.

Archenemy is in select theaters this weekend, and will be playing on Drive-In screens across the country. With many people still on lockdown, Archenemy is also getting a simultaneous release On Digital and On Demand December 11, 2020. So there is no excuse to miss this unique and depraved twist on the typical superhero adventure. It’s worth watching for Paul Scheer’s cameo, it’s one of the great performances of 2020, no matter how short lived it may be.

Godzilla Vs. Kong Is Coming 2 Months Early, Set for March in Theaters and on HBO Max