One Girl’s Struggle for Independence in a Traditional Indonesian Society 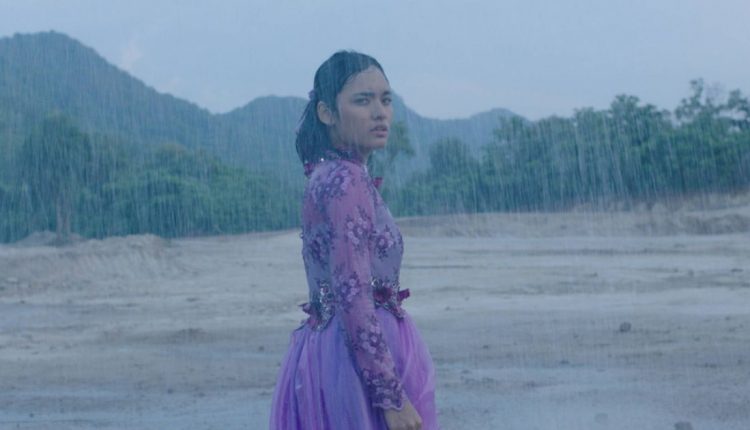 Southeast Asian cinema remains one of the most under-appreciated regions when looking at global cinema, but as more films begin to gain traction on the international film festival circuits, perhaps winds of change are coming. One of the more recent films titled Yuni, hailing from Indonesia, has made its mark. Director Kamila Andini, in her third feature film as a director, along with co-writer Prima Rusdi, joined their producer (Andini’s husband) in laying the foundations down for Yuni’s story in 2017. Four years later, in 2021, the movie made its debut at the Toronto International Film Festival.

At TIFF, the movie won the Platform Prize. It then progressed to film festivals in Busan, Philadelphia, and many more, before landing the spot as Indonesia’s entry for the Academy Awards for Best International Feature Film. Ultimately, the film did not make it to final consideration, but Andini’s recent successes as a filmmaker show exceptional promise for Indonesian and Southeast Asian cinema. Yuni’s lead actress, who gives a nuanced performance as the struggling teenager Yuni, is Arawinda Kiranda. This marks her first leading role in a feature film. The film was released in Indonesia in December 2021 but continues to make its way around the world. There is a particular sense of timeliness with this movie as women’s rights, especially when it boils down to reproduction and birth control, have become a hot issue in the Western hemisphere.

A Teenager Clings to Her Independence

The movie’s titular character, Yuni, seems to have it all when the camera first focuses on her for the first time. She is in high school and thriving socially and academically, and if she wanted to date someone, it seems like there are quite a few boys interested in Yuni. However, with the film’s opening shots, this expectation is subtly subverted as Yuni slowly gets undressed inside her room, the camera lingering slightly to the side to allow her some privacy. This simple moment, the changing of the guard is a brief flash of vulnerability and intimacy that establishes that she is more than her superficial outward appearance. It also provides the context that she is not a young child anymore and is stuck in the transition phase between childhood and adulthood.

One day, as Yuni and her female classmates head into school, the Islamic club’s president and an older teacher stand in front of the students for a meeting. They are announcing that to combat the sin of sex before marriage, the school will now be conducting mandatory virginity tests on female students. As these students, protagonists of their own coming-of-age stories in this time of their lives, grapple with the impacts of their budding crushes growing into something more, the Islamic club also bans activities like singing and playing instruments. These two notions juxtaposed against each other set the backdrop of Yuni, which grapples with Yuni’s specific coming-of-age story in modern Indonesia.

With her friends, they talk about boys and look at their Instagram accounts after school, giggling about their crushes and applying makeup in-between classes. A female teacher, after scolding Yuni for taking her classmate’s hair tie, even asks her what her plans for college are–if she has any. It has a sense of normalcy, a familiar routine of girlhood. However, things drastically begin to change for her when she comes home one day to discover she has a marriage proposal. All of Yuni’s plans, if she had any that were genuinely her own, start to unravel with this occurring, and she declines the proposal, only for it to lead to a series of consequences that marks the departure of one chapter of her life.

This departure is expedited by the forced belief systems and society that ultimately ends up consuming Yuni. She finds her fleeting moments of freedom with the divorced woman who owns a hair salon, going to the club while bringing the boy Yuni truly likes with her. Yet, when Yuni returns home to her traditional grandmother, she confronts the ideologies of the society she was born into and eventually succumbs to the pressure being put on her. These tense moments, as Yuni becomes angrier and more frustrated with the circumstances she is surrounded by, are relieved by Yuni spending time with her best friends and talking about their boyfriends, sex, and the other girls in their year getting pregnant and thus becoming isolated in the school setting.

Yuni’s age is not specifically pointed out until towards the end of the film: she is sixteen, almost seventeen. Some of the most beautiful scenes in the movie are when she is allowed to exist in her age bracket, not having to worry about getting married. She can think about getting a scholarship and going to college, defying the expectations that one of her friends ultimately falls. People talk when she denies proposals, giving her the side-eye as she walks past, but she holds strong until everything begins to spiral out of her control. These scenes are tender, evoking sensations and feelings that go beyond borders and cultural differences. And that is the magic behind movies like Yuni.

A Portrait of Girlhood

Yuni grounds itself in the performance of its lead actress, Arawinda Kirana. This is her acting debut, but it does not feel like it during the movie’s run time. The camera is constantly on Yuni as a character, even when it pivots away to another character’s perspective, such as her classmate with a crush on her. But as strong as she tries to appear on the surface, Yuni is still a teenage girl trying to navigate through a patriarchal society as a young woman. She tries to keep it together and hold onto a semblance of control by her stealing purple things from everyone around her. Whether they are hair ties, notebooks, or pencils, and no matter how many times Yuni is scolded for this behavior, still she continues to do it. Her life as she knows it is constantly shifting, with men offering proposals to her, but this little action provides the stability for her to keep it all together mentally.

Her parents are missing from her life, as they work in Jakarta, and she lives with her grandmother. Yuni shows she is intelligent behind the front she puts on by complaining about literature assignments, but, at the same time, as she lays in the grass with her friends, gossiping about a fellow student who is now pregnant, she is still a girl at the cusp of adulthood. She looks up on the Internet the things she was never allowed to learn in class, and, in the background, the television discusses how virginity tests in schools were deemed illegal. Through eavesdropping on conversations with the adults in her life, Yuni comes to realize that girls in her circumstances, in the socioeconomic position and region she was born into, find no way to truly get an education in the way that she desires.

She has glimpses of that filtered world she dreams of through the older woman she hangs out with, going to clubs and discussing how the woman’s marriage ended in divorce and that everyone said she was lying when she admitted that he was beating her. The older woman serves as a foil to Yuni in a way that is also subtle: while Yuni is angry about the world and the life she seems to have been forced into, this woman provides the perfect outlet and representation as someone who made it. But, at the same time, certain sacrifices were made to get to this point. The woman’s family accuses her of being the source of the problem when it comes to her failed marriage, and there are some burned bridges because of that. She still manages to live a carefree life despite that, choosing to move on from her wounds and make the best of the situation that fate gave her.

Some may think that having a lack of women directors might be an issue only in contemporary Hollywood, but it is a global issue. A certain level of authenticity when it comes to depicting the lives of young women, girls and the feminine experience as a whole has been consistently missing in the history of cinema in its entirety. It is because of the lack of women directors and storytellers in the writer’s room. What is incredible about Yuni as a movie is that it refuses to lay the blame on anyone, bringing a different kind of compassion to the table, but perhaps if more women filmmakers had equitable access to resources and funding, the world would see more of this.

Yuni was screened as a part of the 2022 Asian-American International Film Festival.

Kim Kardashian & Kanye West Have Been Co-Parenting Very Well, Reports State “There Are No Issues” Now

How ‘The Sandman’ on Netflix brings Neil Gaiman comic to life