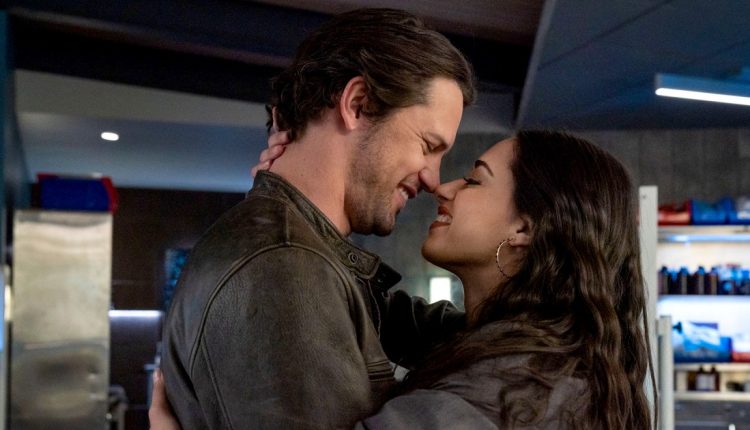 Roswell, New Mexico This science fiction drama concludes its third season with two new episodes. In the first Isobel (Lily Cowles) helps Kyle (Michael Trevino) save a life. Then, in the finale Liz (Jeanine Mason) tries to save the man she loves. Nathan Dean and Michael Vlamis also star with guest star Steven Krueger 8 in 9 p.m. The CW

Dancing With the Stars The couples transform into iconic Disney characters on “Disney Heroes Night” and compete in a dance challenge where they incorporate steps from Mickey Mouse into their routines. 8 p.m. ABC

NCIS Gibbs and McGee (Mark Harmon, Sean Murray) head to Alaska while Ducky (David McCallum) and the team investigate the conspiracy behind the serial killer in this new episode. (N) 9 p.m. CBS

NCIS: Hawai’i When a paniolo (Hawaiian cowboy) is shot while out riding his horse, Jane (Vanessa Lachey) and her team must find a way to gain the trust of the victim’s tightly knit community to protect his life during his recovery in this new episode. Noah Mills and Jason Antoon also star with guest stars Alex Tarrant, Danielle Nuela Zalopany, Lauren Cook and Kila Packett. 10 p.m. CBS

Independent Lens This documentary series returns for a new season with “Cured,” which chronicles the historic battle by LGBTQ activists to remove homosexuality from the American Psychiatric Assn.’s manual of mental illnesses. 10 p.m. KOCE

Creepshow Two tales by Stephen King and his son Joe Hill get animated. In the first, “Survivor Type,” a surgeon (voiced by Kiefer Sutherland) who has ties to the New York crime scene is stranded on a tiny desert island. Then in “Twittering From the Circus of the Dead” a social media-obsessed teenager (voice of Joey King) encounters a grotesque traveling show while on a road trip with her family. 10 and 11 p.m. AMC

Dr. Phil The parents of a man convicted of killing his wife and three young children. (Part 1 of 2) (N) 3 p.m. KCBS

To the Contrary With Bonnie Erbé (N) 5 p.m. KVCR