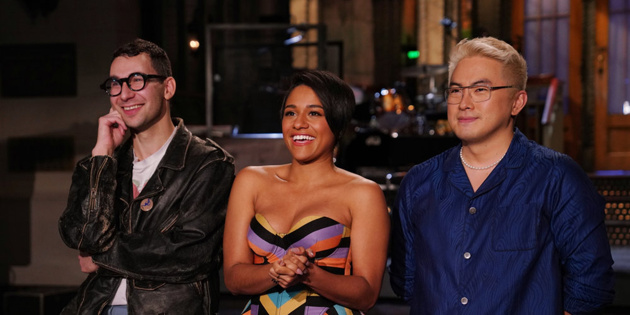 Gear Up for Ariana DeBose on Saturday Night Live

Tony nominee Danielle Brooks announced her marriage to Dennis Gelin on January 13. According to Vogue, they met during a game night she hosted with a friend. The couple, who live in Brooklyn, were wed in Miami. Their two-year-old daughter served as the flower girl, and Broadway alums Jeremy Pope and Amber Iman sang “A Thousand Years” and “We Will Never Break” as the bride and groom walked down the aisle. Take a peek at Brooks’ dresses (yes, plural!) from the big day below!

Terry Teachout, who served as the Wall Street Journal‘s drama critic and cultural columnist for nearly 20 years, died at a friend’s home in Smithtown, New York on January 14 at the age of 65. Born on February 6, 1956 in Cape Girardeau, Missouri, Teachout graduated from William Jewell College in Liberty in 1970. He began writing jazz reviews in addition to serving as both a jazz bassist and a bank teller in Kansas City. In addition to WSJ, Teachout wrote for The New York Daily News, Commentary, The Washington Post. He also penned biographies of H.L. Mencken, George Balanchine, Duke Ellington and Louis Armstrong as well as Satchmo at the Waldorf, a solo show about Armstrong that played off-Broadway and win an Outer Critics Circle Award for performer John Douglas Thompson. Teachout’s books ialso ncluded his memoir City Limits: Memories of a Small-Town Boy. He served as a co-host on Three on the Aisle, a monthly podcast hosted by American Theatre magazine, which ran from September 2017 to December 2021. He was married to Hilary Teachout from 2007 until her death 2020 and began a relationship with Cheril Mulligan in June 2021.