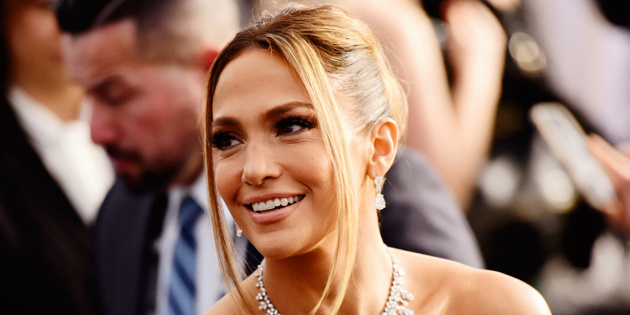 Here’s a quick roundup of stories you might have missed.

Jennifer Lopez is producing a series based on Rodgers & Hammerstein’s Cinderella, according to The Hollywood Reporter. Rachel Shukert will adapt the musical and serve as showrunner. This marks the first venture of Lopez’s collaboration with Skydance and Concord Theatricals.

Broadway’s Jeremy Jordan will perform a solo show at the West End’s Theatre Royal Drury Lane on August 29. This marks Jordan’s fourth solo engagement in London and will feature original music as well as fan-favorite show tunes from his previous roles. Most recently seen on stage in off-Broadway’s Little Shop of Horrors, Jordan is a Tony nominee for his leading performance in Newsies. His other Broadway credits include Bonnie & Clyde, American Son, Waitress, Rock of Ages and West Side Story. Jordan is known for his screen work on Supergirl and Smash.

The new CBS comedy B Positive, starring Tony winner Annaleigh Ashford and Thomas Middleditch, has been canceled after two seasons. The series follows a newly divorced dad (Middleditch), who is faced with finding a kidney donor when he runs into a rough-around-the-edges woman from his past (Ashford), who volunteers her own. B Positive was the first new CBS show to debut as part of the 2020/21 broadcast season and will have broadcast 34 episodes at the time of cancellation.

Bruce MacVittie, a famed character actor who frequented off-Broadway, died on May 7 in Manhattan, according to The New York Times. He was 65. MacVittie’s first and only Broadway credit is starring opposite Al Pacino in the 1983 production of David Mamet’s American Buffalo. In the 1980s, he helped founded Naked Angels, a troupe of young film and theater hipsters that included a young Matthew Broderick and Marisa Tomei. MacVittie is known for his acclaimed performance in Eduardo Machado’s Havana is Waiting and his 10 seasons at the Williamstown Theatre Festival in Massachusetts and the Eugene O’Neill Center Playwrights Conference in Connecticut. His screen credits include Law and Order, The Sopranos, Sex in the City and more. In 2013, MacVittie received a Bachelor of Science degree from Hunter College in Manhattan to pursue a career in nursing. He is survived by Carol Ochs and daughter  Sophia Oliva Ochs MacVittie.

BTS ARMY wants the Bangtan Boys to sing Louder Than Bombs at concerts; trend ‘My BTS Track’ and share videos from previous shows