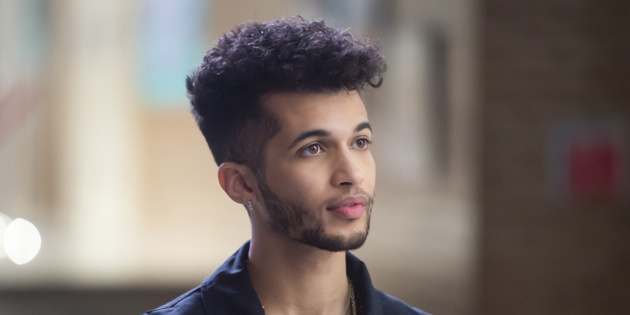 Jordan Fisher, who will headline the Broadway return of Dear Evan Hansen, will appear in an upcoming episode of High School Musical: The Musical: The Series as Jamie, the older brother to Sofia Wylie’s Gina. Fisher, who made his Broadway debut in Hamilton, is the third person who has played Evan Hansen to join the cast of the musical TV series created by Tim Federle. Both Andrew Barth Feldman and Roman Banks joined the company in recurring roles for the second season. Fisher’s episode will be available on Disney+ beginning on July 23.

The film adaptation of Broadway’s Dear Evan Hansen will serve as the opening night gala Presentation for the 2021 Toronto Film Festival, according to Deadline. The Stephen Chbosky-directed movie, starring Ben Platt, who is reprising his Tony-winning role, will premiere on September 9 at the festival ahead of its theatrical premiere on September 24. Get ready for the star-studded film by watching the trailer below.

Edge of the World, a new musical by Tony nominee Ethan Slater and Nick Blaemire, will release a concept album on August 6 through Broadway Records. The recording features Slater, Blaemire, two-time Tony winner Norbert Leo Butz and Tony nominee Lilli Cooper. Edge of the World tells the story of a young Ben (Slater) and his father Henry (Butz) as they move to a remote patch of land in rural Alaska and Ben uses his imagination to cope with his new surroundings. As he learns more about the circumstances that brought him into isolation, the line between lie and reality begins to blur. Click here for mor information.

Lin-Manuel Miranda and Jennifer Lopez are rereleasing their charity single “Love Make the World Go Round.” Originally released in July 2016 following the Pulse nightclub tragedy in Orlando, this rerelease aims to celebrate love, foster community and raise additional funds to honor the victims, their families, survivors and the community. Lopez and Miranda are donating their royalties and Sony Music is donating its profits to the Hispanic Federation, which will donate to the onePULSE Foundation, in support of the National Pulse Memorial, the Pulse Museum, education programs and 49 legacy scholarships in remembrance of the victims. “We wanted to revisit this song now, five years later, as the message of healing and love is more prevalent than ever,” Miranda said. “And following Pride Month, we wanted to continue celebrating love year round.” Watch a behind-the-scenes video of the making of the single below!

Viola Davis to Publish Memoir Finding Me in April 2022

Tony, Oscar and Emmy-winning actress Viola Davis, who most recently won an Oscar nomination for starring in Netflix’s Ma Rainey’s Black Bottom, will release a memoir through HarperCollins Publishers next year, according to Deadline. Finding Me is an inspiring coming-of-age story of Davis’ early life in Rhode Island to her present-day career. The book is set to go on sale on April 19, 2022.

P.S. Watch original In the Heights stars Lin-Manuel Miranda and Karen Olivo give their own twist to the viral “Blackout” TikTok trend.